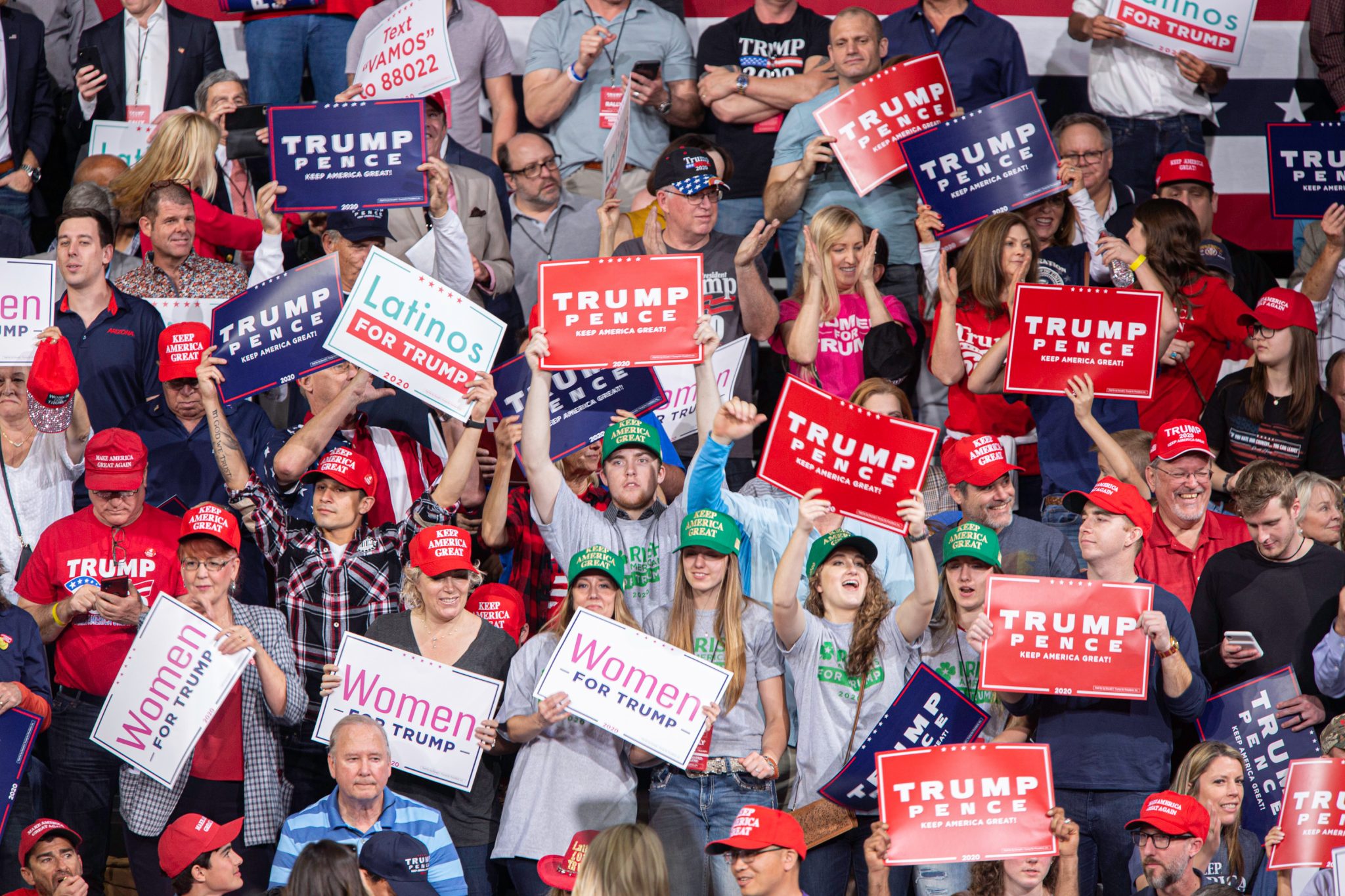 America’s election reflects perfectly her psychological state. Divided and frustrated, citizens are realigning not along race or gender lines, but along philosophical ones. What does it mean to be an American? Who gets to define it? On one side: citizens of a Republic — Republicans. On the other side, the Oligarchy and the mob — Democrats. The two sides are fighting for control of America.

In the current political realignment, these beliefs are no longer universal. Half the country holds them. These citizens are derisively referred to national populists, but really they’re the same old people who consider themselves patriotic Americans. It’s the other half of the country that has changed.

The Oligarchy of America is guided by New Age spirituality. God is mutable, as is truth. Abortion is a sacrament. Individuality has given way to conformity of thought and ideas. Chief among them is the idea that the playing field should be leveled (not their field, mind you — don’t be silly) and once that happens there will be equal, or as a Kamala Harris campaign ad put it in communist parlance, equitable outcomes. The elites get to decide what equitable means and who gets this treatment, which is the point. Who has the most privilege? Who is the victim? The elites decide. The ruling class and their dutiful henchmen are willing to bully, beat, and burn the makers and creators if they don’t adequately produce “equity.” Whatever that means. What it means is what they say it means even if what it means changes. “Bad” people who don’t embrace equity sufficiently and enthusiastically can expect to lose their job or livelihood. They can expect persecution. They can expect to be silenced or else. For this Oligarchy, the Constitution is an old-fashioned hindrance. The Electoral College and even the Republic gets in the way of “meaningful change” (whatever that means.) All institutions must be not rebuilt and fortified but destroyed and remade for a modern world. For a better world. For an enlightened world.

The first worldview is American. The second is a European–Leninist utopian hybrid.

It’s not shocking that Hispanic people moved toward the Republican party in this election. It’s really their more natural home. Socially conservative, hard-working, entrepreneurial, and true patriots, they have moved right in a shift that has been a long time coming. As the black middle class grows, too, black people move toward the GOP. This is all to the good.

These voters are Trump supporters. They own the business that Black Lives Matter and Antifa burned. They own the restaurants and bars destroyed by Democrat shutdowns due to COVID. They are the people who have had to work throughout the COVID debacle anyway. These are the folks who walk toward the fire. Many are not from the white-collar keyboard class, which has had the luxury of working from home as corporate stiffs and gives no consideration to the small business owner.

The union workers voting for Trump must especially shock the Democrats. It shouldn’t. The Democrats are actively killing, have actively killed, these jobs. They’ve moved them overseas with a shrug: “What can you do? It’s progress.” But Democrats could have done something. They could have created incentives to keep capital in America. They could have rewarded manufacturing companies that employ Americans, like Donald Trump did. They could have noticed that blue-collar workers are having to work while Democrats shut schools down, making the lives of these families nigh impossible.

Joe Biden’s callous indifference to fracking jobs is a case in point. Fracking has been good for many reasons. It is a way to get at oil and gas in non-invasive ways. It has made the United States of America energy independent. How do Democrats think peace in the Middle East has come to be? OPEC has seen the writing on the wall. Their energy hegemony is over. They’re going to have to find other ways to engage with the world. They’re going to have to modernize. Fracking jobs, and American gas and oil jobs in general, are far cheaper than idiotic wars in the Middle East. They do two things simultaneously: give Americans high-paying blue-collar jobs and keep Americans safe.

Manufacturing jobs are national security issue. But the Oligarchy views themselves as Citizens of the World, so they don’t consider retreating to America even necessary. If things get too bad here, they’ll find safety at their pile in Italy. Look at all the vulnerabilities exposed with COVID. America relies on China, China, for nearly all medical chemicals. Medical masks and all sorts of medical equipment are made in China. America’s technology. America’s shoes. America’s clothes. America’s everything is in the hands of foreigners who seek to usurp us. China’s economy is open and humming along while American Democrats and suburban women cower in fear at the COVID virus. Donald Trump recognizes the implications. So do his voters.

Bureaucrats, technocrats, college professors, business executives, entertainment elites, media, journalists (them most of all), activists of all sorts, and the poor people this oligarchy enlist to enforce their worldview make up the secular Left. They believe that the rubes do not pay them enough deference for their expertise. They despise any resistance to their rule. It’s an affront to good taste, progressive ideals, and politicized science. The little people are stupid, gauche. They must be saved from themselves. The elites are just the people to save them, if they do say so themselves.

Change happens a little at a time and then all at once. Donald Trump represents the new middle class, which is just really the old middle class that was divided between the parties. These Americans haven’t really changed. They’re the same old bitter clingers, clinging to their guns and their religion, as Barack Obama sneered. They’re the hobbits, the deplorables, the tax-paying middle class who continues to get in the way of the Left’s pet utopian (dystopian) dreams.

Donald Trump’s voters just want to go to work, come home to their families, and be left alone. They’re proud of America. They wave their American flags unironically. They delight in President Trump’s humor. They get the joke. They can laugh at themselves. British MP Nigel Farage visited a Trump rally on Monday in Arizona and was mobbed. He was caught on video exclaiming, “It’s like a concert!” Joyous, beautiful, conservative women attendees took selfies with him while he blushed. It was a sight to behold. He got caught up in the spirit of it.

The West has gone through a period of self-flagellation and looks to America to set the tone. The Left sees no redemption for America or the West’s sins except through a diminishment, a redistribution, a shame. Trump and his followers see no redemption for the world without God and America, warts and all.

These are starkly different visions for America, and America is having a difficult time deciding which way to go.