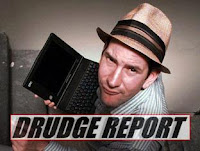 The New Republic has a gossipy article about Internet newshound Matt Drudge’s penchant for privacy:

What is driving Drudge to seclusion? Those who know him say that part of the reason he has disappeared from public view is that he is so bothered by the media’s prurient interest in his personal life. “He wants no part of a lot of this,” the friend told me. “He sees it as nonsense. He doesn’t have respect for the way people have tried to write about him.”

(Via Gawker and Memeorandum.) The New Republic expends a lot of lurid speculation on the “is Drudge gay?” angle, which also excites New York magazine. But this completely misses what I believe is the real explanation for his reclusiveness: He values his editorial independence, which he fears would be compromised if he spent too much time schmoozing with journalists and politicos.

If you’re not in the news business, you’ve got no idea how important Drudge has become. Getting your story linked at The Drudge Report is more important to a reporter’s reputation nowadays than getting a Pulitzer Prize. If Drudge spent his evenings and weekends on the cocktail-party circuit in Georgetown, Manhattan or Brentwood, his media “friends” who invited him to those parties would expect favorable treatment, and he doesn’t want to be compromised by such obligations.

Drudge has always seen himself as an outsider, and clearly became uncomfortable with his sudden celebrity after he broke the Lewinsky scandal story in 1998. Being perceived as conservative made him a target of vicious gossip, as Ann Althouse says: “Lefties love to think the righties they can’t tolerate are intolerant.”

Drudge has had all the personal publicity anyone could ever want, and more. He has no interest in becoming just another bold-faced name in the gossip columns like Donald Trump or Lindsay Lohan. His resistance of the temptations offered by the celebrity culture is quite admirable, even if it is unfathomable to the shallow hacks at The New Republic.