The Democratic primary for governor of Virginia is getting nasty. Moe Lane informs me that participants in some Democratic online forums are speculating that the campaign of Brian Moran is trying to exploit my friendship with Terry McAuliffe in an effort to discredit good old Terry. 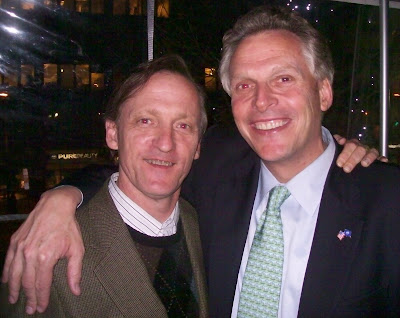 For the record, I have never met Brian Moran nor, to my knowledge, have I ever been contacted by his campaign, directly. Any Internet gossip that Brian’s older brother, Rep. Jim Moran, ever appropriated money for me via so-called “earmarks” is without foundation in fact.

While I’m dealing with scurrilous rumors this morning, I might as well also deny any allegation that, in support of good old Terry’s tireless effort to raise money for his progressive campaign in Virginia, I served as a “straw donor” or “go-between” for the McAuliffe campaign and a certain wealthy right-wing Greek playboy.

Where do all these silly rumors on the Internet come from, anyway? Can’t a man and his friends have dinner over a briefcase full of unmarked cash without these Internet troublemakers engaging in unfounded speculation?