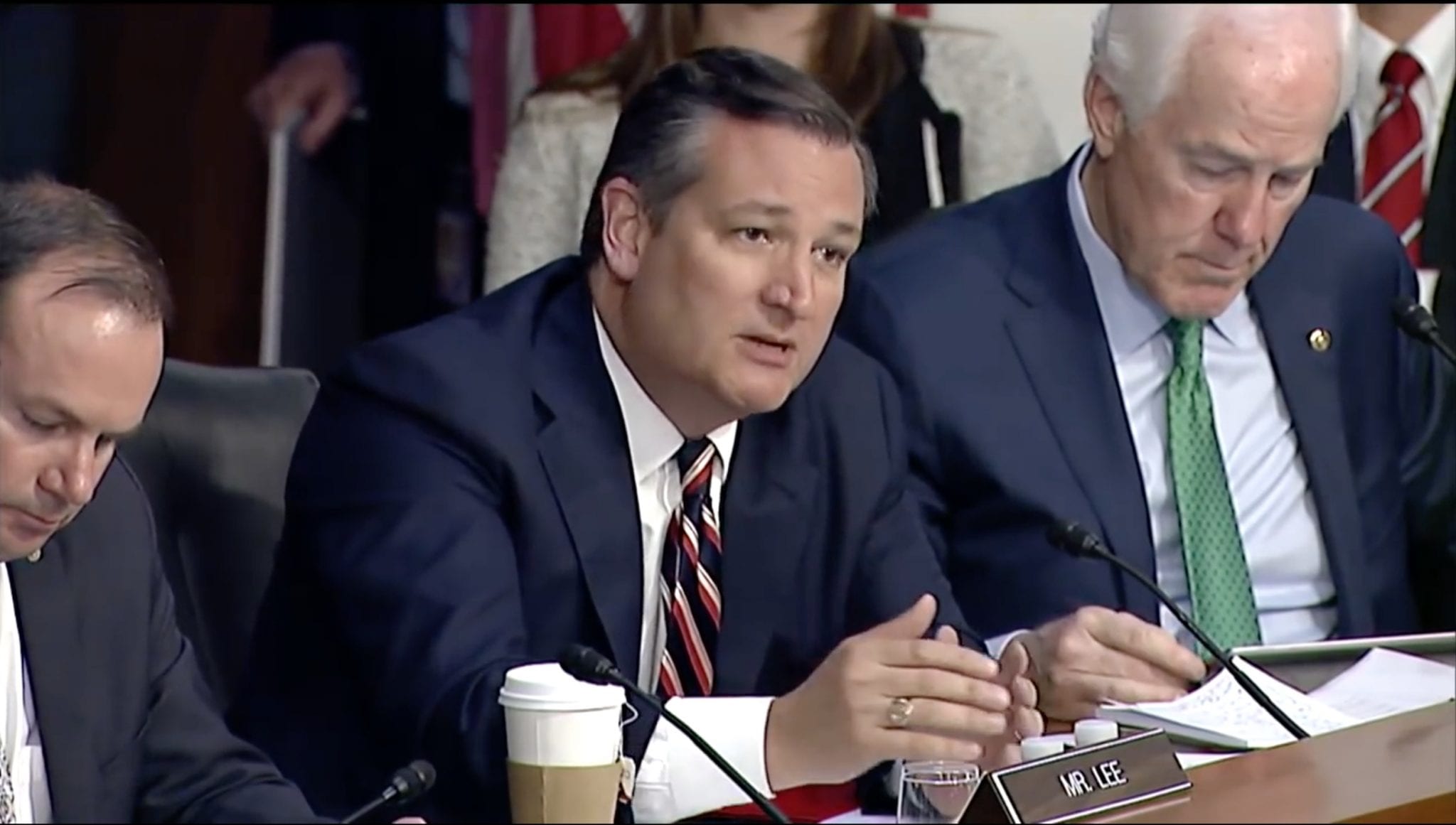 Picture the following scenario: Imagine that the CEO of a major firearms manufacturer had been invited to Capitol Hill to answer questions about their guns being used by foreign insurgents who had attacked the United States. Imagine that the CEO in question had given evasive non-answers to the questions posed, and made a series of declarations and promises that sounded good, but ultimately meant nothing and flew in the face of widely reported facts. And, imagine that after that hearing, the NRA had sneered that of coursethe CEO had given non-answers. None of the committee members understood firearms well enough to really get it, anyway.

Would that give anti-gun liberals even the slightest pause, or would they be more likely to dismiss it as “gunsplaining” nonsense used to bully reformers? To ask the question is to answer it.

Yet, immediately after the testimony of Facebook CEO Mark Zuckerberg, this was one of the major defenses being given for Zuckerberg’s evasive, shifting, often contradictory performance under questioning both from the House and Senate. And in fairness, Zuckerberg did face some odd questions in the process, but he also received penetrating and informed grillings from the likes of Rep. Steve Scalise (R-LA), and from Sen. Ted Cruz (R-TX). In particular, questions about Facebook’s seemingly extremely biased algorithm for detecting trending news stories, and about its selective, even capricious enforcement of its own rules, largely against conservatives, came away with either platitudinous non-answers, or no answer at all. Likewise, the stunning admission by former Obama for America staffer Carol Davidsen that Facebook had permitted the Obama campaign to do things at least as bad as pro-Trump data analytics firm Cambridge Analytica, purely because they [Facebook] were on Obama’s “side,” was incredibly dismissed by Zuckerberg as a pure fabrication. Which must be the first time that Facebook has ever called a mainstream liberal a liar, so… baby steps, I guess.

But Zuckerberg’s floundering, while entertaining, should not be taken as merely reflecting the travails of one deeply unpopular company. Rather, it is about something much bigger than Zuckerberg himself – namely, the fact that the tech industry’s age old strategy for repelling incoming fire over its flagrant political favoritism, and the dorm room amateurishness of its business operations, is rapidly running out of life.

To boil that strategy down to its essentials, the tech industry relies on an obscurantist mystique that treats its practices as both inherently incomprehensible to, and presumptively benevolent toward, the average person. It hides bias behind the seeming neutrality of inaccessible topics, when in fact, its choices are deeply political. Thus, Zuckerberg can jerry-rig a trending news algorithm that, while not explicitly biased toward liberals, sorts for big, corporate publications that are overwhelmingly liberal in their orientation, and punishes smaller publications and blogs that the Right relies on. While not explicitly biased, the intent is obvious to anyone with even a cursory grasp of U.S. media.

Or, Twitter can cloak its censorship of conservative views under the name of “trust and safety” and preventing “harassment,” when in fact, the decision-making is almost all grudge settling by Twitter CEO Jack Dorsey.

Or, Amazon can silence negative reviews of Hillary Clinton’s book under the pretense of weeding out troll reviews from people who haven’t read the book, while leaving similar reviews that sprout up all over conservative books untouched.

Or, the homesharing company Airbnb can technically claim no responsibility for the criminal behavior or property rights violations committed by its users under the pretense of being “only a platform,” while turning around and banning politically undesirable people willy-nilly when the court of public opinion turns against them.

And let’s not forget the deep-pocketed Democratic donors who repeatedly try to bribe their way past the limitations of their bad technology, only to end up bankrupt after causing chaos due to those very limitations: donors who then try again years later, expecting no one to notice due to the arcane nature of the policies surrounding their business.

In every case, the pattern is the same: in the face of real problems of political bias, or of anti-competitive, anti-market behavior, tech companies claim either neutrality, or helplessness, or to have improved, and then privately do everything possible to undermine those assurances, feeling confident they won’t get caught. Worse still is the government’s tendency to use this very disingenuousness to its advantage: for example, by encouraging Facebook to censor constitutionally protected speech under the guise of “hate speech,” which not even Zuckerberg himself can define, or by trying to grant Amazon near-total monopoly power over sensitive government resources despite their naked political hostility to the actual head of government.

Fortunately, Zuckerberg has been caught and called out for his deceitful tap dance through the thicket of these issues. With any luck, the dissatisfaction he has left in his wake on Capitol Hill will provoke members of Congress to look not only at Facebook, but at every other tech company steadily attempting to commodify and control every element of American life. They’d better: the clock is running short.