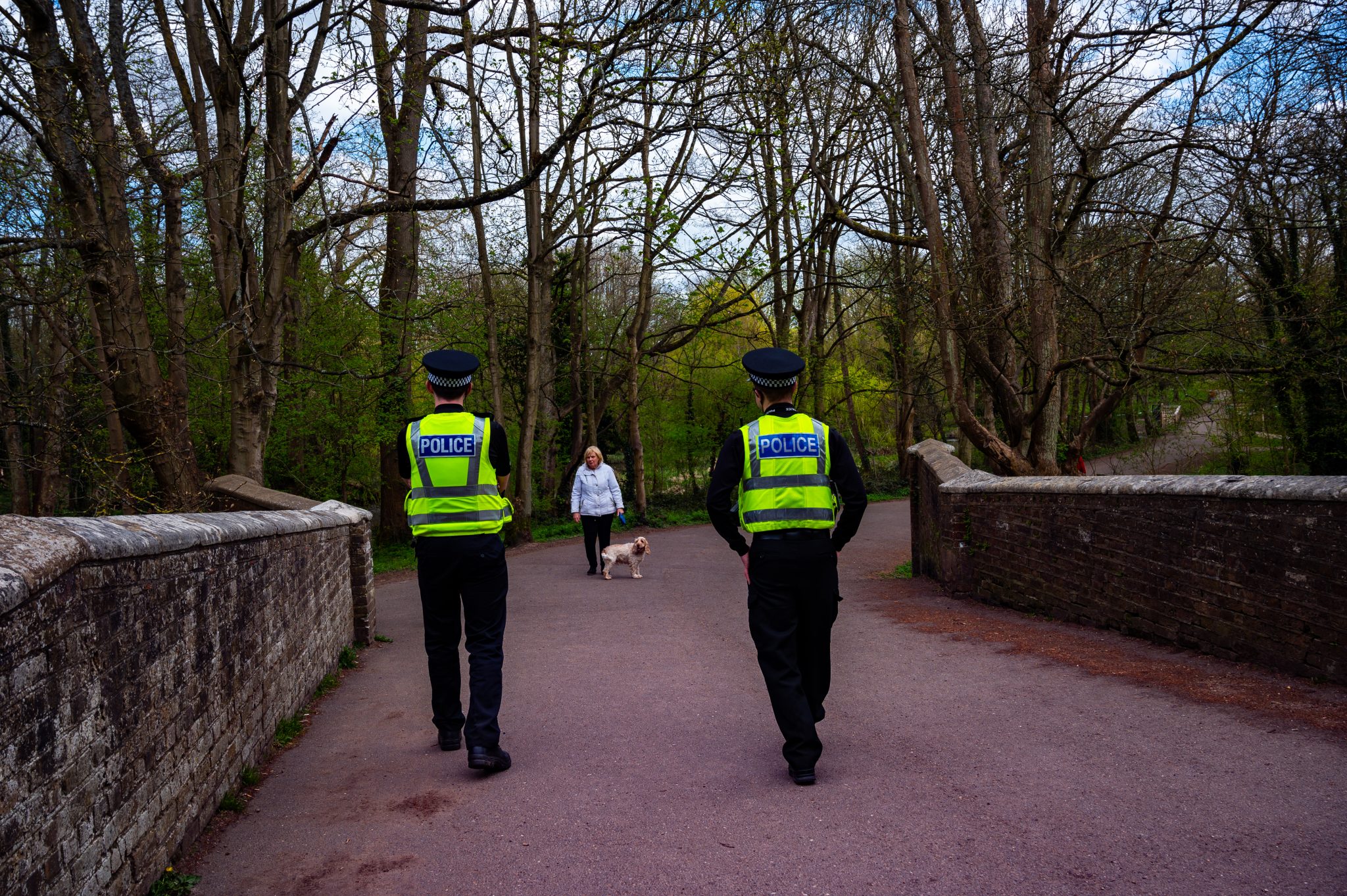 “To enter into that silence that was the city at eight o’clock of a misty evening,” Ray Bradbury explains as the joy of the protagonist of “The Pedestrian,” a man who nevertheless found illicit strolls through the empty streets of the “American desert” of 2053 “not unequal to walking through a graveyard where only the faintest glimmers of firefly light appeared in flickers behind the windows.”

The houses substituted as “tombs, ill-lit by television light, where the people sat like the dead, the gray or multicolored lights touching their faces, but never really touching them.” Ultimately, the authorities, in the form of a drone vehicle, arrest the pedestrian and imprison him in “the Psychiatric Center for Research on Repressive Tendencies.”

In Elizabeth, New Jersey, where the state-subsidized and quite common practice of cramming vulnerable people into a “care” center witnessed 22 coronavirus deaths at one facility, the city sends drones out to disperse gatherings in the fresh air. The robotic busybodies similarly hector groups in Daytona Beach, as well. “This is the Volusia Sherriff’s office,” the drone dishonestly announces (it’s C3PO’s cousin). “Please adhere to social distancing guidelines.”

A few months ago, Americans uniformly ridiculed the drones keeping the streets empty in Wuhan as Orwellian overreach. Now they ridicule the people who ridicule the drones.

In Brighton, Colorado, police handcuffed a former state trooper for playing softball with his six-year-old daughter in a nearly empty park. A Kentucky judge ordered an ankle-bracelet tracking device for a man from Louisville who did not test positive for coronavirus but nevertheless lives with a relative who did; the authorities accused the man of — gasp — “walking around.” In Malibu, California, police deployed two large boats to arrest a rebellious paddleboarder — socially isolated from humans (though not from fish) until the cops finally caught up to him — for violating the governor’s stay-at-home order.

Ironically, the closing of recreational areas and removal of basketball hoops comes as it becomes evident to anyone paying attention that unhealthy habits disproportionately lead to unwanted outcomes for those who catch coronavirus. On the heels of the French government’s chief epidemiologist pointing to obesity as a condition that encourages the deadliness of coronavirus, new research posted on the Centers for Disease Control and Prevention’s website notes that of hospitalized patients with coronavirus examined in the study “89.3% had one or more underlying conditions; the most common were hypertension (49.7%), obesity (48.3%), chronic lung disease (34.6%), diabetes mellitus (28.3%), and cardiovascular disease (27.8%).”

The government imposes unhealthy conditions upon a cooped-up citizenry in the name of public health.

The allusion to style trends seems appropriate as politicians, journalists, and other tastemakers less than one month ago mask-shamed everyone from Lizzo to a security guard suspended for donning the protective face-wear at a Miami-area Metrorail station. The about-face on face masks buttresses the adage that everything not forbidden becomes compulsory.

Do we wage war upon germs or our liberties? Coronavirus usually goes away after a few weeks. Tyranny tends to linger longer.

We live, albeit 33 years early, in a Ray Bradbury story. The “poet of the pulps,” who foresaw cell phones, flat-screen televisions, the iPod, and reality television, also predicted, more or less, this coronavirus lockdown. Most people prefer reading a Ray Bradbury story to finding themselves characters in one. Through the magic of 2020, you can do both — just don’t do so at your book club.