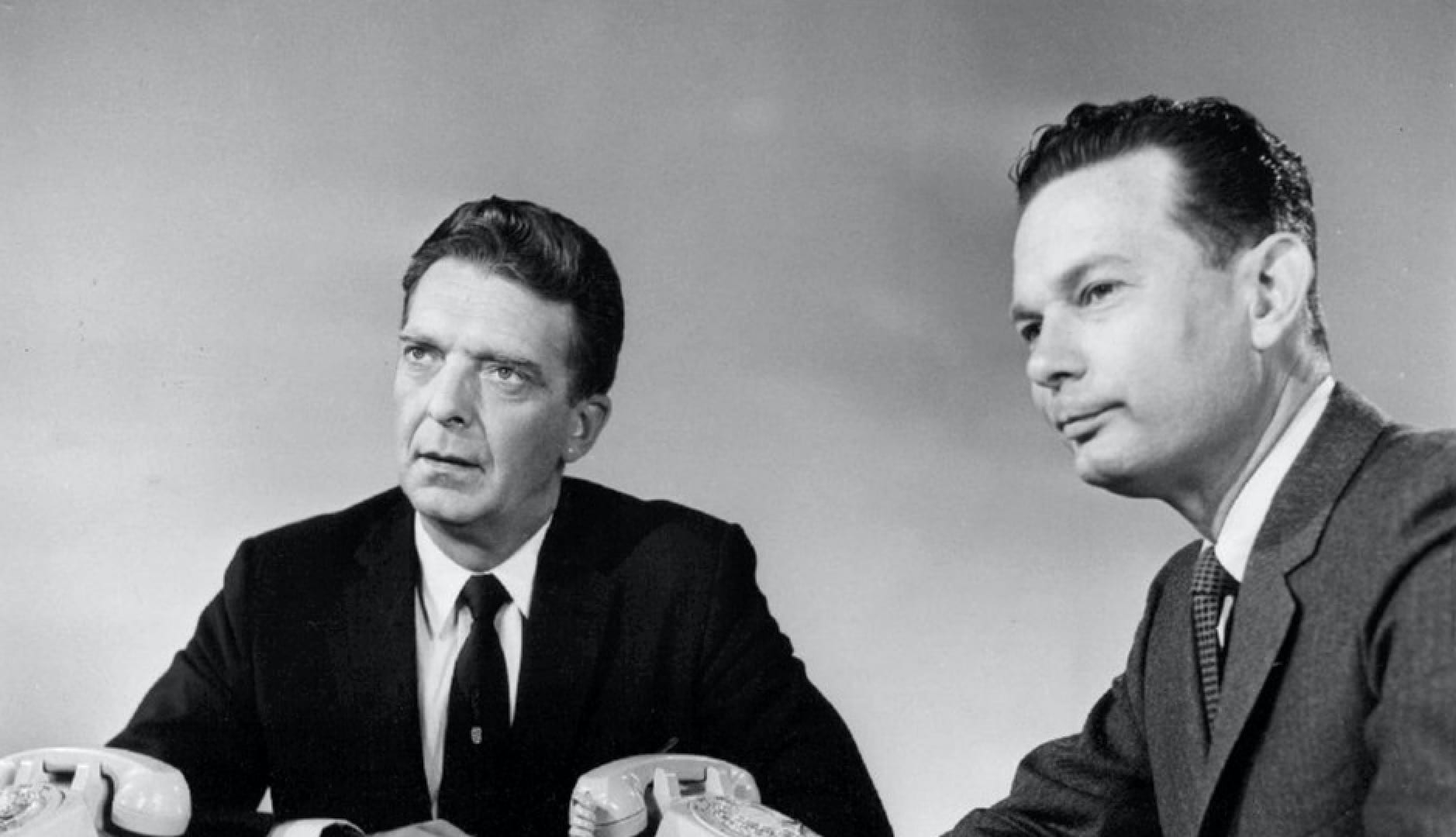 Remember when the Left tried to drive Rush Limbaugh off the air seven years ago after he called Sandra Fluke a “slut”? Oh my, how they salivated as they got some advertisers to withdraw ads from Rush’s show! They thought they had Rush off the air. They really did. Carbonite, the computer-data back-up company, made a big splash when they announced they were pulling their ads off Rush. But Rush stuck it out. He stayed strong. And, like the Energizer Bunny, all these years later he still is going and going and going, while history records that Fluke was a fluke. And Carbonite’s stock value nose-dived.

Yes, it was right for Fox to dissociate from Bill O’Reilly. What can one say? All those many high-ticket legal settlements with women — too many. That was not about politics or about left-wing pressure, even though the revelations emanated from the New York Times Left. Our society just cannot abide that.

But then the Left came after Sean Hannity. Remember that one, when he backed Roy Moore against the Democrat in the Alabama race for U.S. Senate? And they got Keurig to pull some ads? Remember? That stopped pretty fast when the media was swamped with images of Hannity fans smashing their $100-plus Keurig coffee machines. Some of those tweets got more than two million views. It even got to the point that Sean went on TV and appealed to his viewers to stop smashing their coffee machines.

Next the Left tried to take down Laura Ingraham when she tweeted something perfectly legitimate about a narcissistic loud-mouthed kid at the Florida high school where the mass shooting took place. They tried to drive her off the air by pressuring her sponsors to abandon her or face withering boycotts. She withstood the onslaught, and Fox stood by her. She continues to run the best news-commentary show on television, hands down.

And now they want Tucker Carlson’s much-admired scalp. The Left came up with some offensive stuff he said on a shock-jock radio show ten or so years ago. They smelled blood, but it now seems clear that Fox News is going to stand by him. They better — otherwise, they may as well shift over to CNN/MSNBC Leftism because they will not have any of their current viewers left if they bail on Tucker. And then they likewise may as well switch their “Fox Nation” streaming thing to a 24/7 “Acme Hour” cartoon station.

In this utterly bifurcated society that now lives for character assassination and “gotcha!” destruction, as witness what was done even to Kevin Hart before the Oscars, many of us are numb to the point of no longer giving a darn regarding what garbage they dig up. We are so utterly sick of the double standard. Al Sharpton has a TV show on MSNBC, and yet that fraud promoted the Tawana Brawley circus and defamation. He even got convicted of defamation in a court of law. How many Americans get to experience that honor in a lifetime? Moreover, Sharpton personally played a role in inciting not one but two anti-Jewish pogroms — one in Crown Heights, Brooklyn, and one at Freddie’s, a store in Harlem. There were street riots and deaths. Does anyone on the Left care? No?

Jimmy Kimmel wore blackface, spoke in comical antebellum “Shuffling Negro dialect,” was remarkably gross in his public depiction of women — all in the years before he got himself an ABC nighttime gig. Does anyone on the Left care? No? So we don’t care what you dig up on Tucker. How’s that?

They care about Rush calling Fluke a “slut” after she publicly asked you and me to pay for her contraception. What better noun describes a woman who says publicly to an entire nation: “I want you to pay for my acts of physical coitus”? And when Laura rightly calls out a teen who does not control the world, they demand her head. And when Jeffrey Lord legitimately tweets a sarcastic “Sieg Heil!” to someone at Media Matters trying to push him around, they remove him from CNN. And when Tucker goes off color and off script on a shock-jock radio show during a time and place a decade before he ever imagined being a serious talk-show host, they become appalled. Well, they all are full of baloney, double standards, and — as Nancy Pelosi might say — they are “not worth it.”

There are two sides of the powerhouse media now: The Wall Street Journal editorial page and Fox News (except for Shepard Smith, whose presence there remains the great conundrum of the Modern Age) on one side, versus the rest of the mainstream Mediacracy on the Left — CBS, NBC, ABC, MSNBC, PBS, CNN, New York Times, Washington Post. Yet the power of Fox is reflected in the Democrats’ decision not to let Bret Baier, Chris Wallace, and Martha McCallum conduct a single debate among the Democrat primaries. And that is fine indeed. Alas, Fox News is going ballistic over it. All their talk-show hosts seem assigned to complain about the shutout every night. Chris Wallace presses his Sunday guests and panel about it. They trot out Juan Williams to say that no one at Fox ever censors him.

But frankly, my dear, the rest of us do not give a darn. If we want to watch a Democrat debate, we know how to find it. Obviously, Fox’s concern is that they want to be treated seriously as a bona fide news organization. Well, they are. They are more fair and balanced, even in commentary and certainly in their news division, than are any of the many, many shills for the Left. One way that Fox viewers know they are fair and balanced is that we all tune out or mute the volume so often daily as we encounter screechy Jessica Tarlov, or see the face of Chris Hahn or Richard Goodstein about to expel air. It is the “Fox Thumb Twitch” by which we mute the sound as soon as we see Juan Williams’s or Geraldo Rivera’s lips start moving, then twitch back to sound to hear Mark Steyn or Dan Bongino, then twitch back to mute as some Democrat shill or Leftist stooge gets on, then back to sound as that former ICE director guy or even Dershowitz gets started. Twitch, twitch.

Fox is as fair-and-balanced as today’s climate allows. CNN is a joke; I watch it only one night every two years — election night on even-numbered years — because I like the way John King analyzes the votes precinct by precinct. Otherwise, a complete waste. All their panelists either are shills for the Left or are these pseudo-Republicans who are so bad — so incredibly, repulsively, indigestibly bad — that one is left with either of two assumptions regarding those “Never Trumpers”:

So now the Democrats want to protect their snowflake candidates from being questioned by real reporters when they instead can have Donna Brazile Wannabes passing along batting-practice questions like:

“Senator Sanders, how do you stay so young?”

“Vice President Biden, what was it like to know Barack Obama so intimately?”

“Senator Warren, what is your favorite beer, and can you do a Rain Dance?”

“Senator Harris, what was Willie Brown like in bed? Uh, I mean: What is your favorite brand of weed?”

“Senator O’Rourke, how does that title sound, and did you end up having any cavities?”

“Senator Booker, what did you like best about Spartacus?”

“Senator Klobuchar, what is the longest distance you ever have thrown a binder?”

“Senator Gillibrand, how do you stay so up-to-date so that you never are more than ten minutes behind the pack in changing your positions on any issue?”

In this season of madness, the message for Fox News is “Stand By Your Man” — whether it be Tucker or Sean or women like Laura, Martha, and Shannon. Don’t worry about not airing a Democrat debate. Let them get comfortable answering fluffy questions. But learn from this that your brand strength and viewer loyalty and corporate profits will not depend on Tom Perez but on how your stand by your core hosts.

And one more lesson: When the Presidential debates start between President Trump and his Democrat opponent, Trump’s team must learn from the way that CNN’s Candy Crowley ambushed Mitt Romney and from the way that Tom Perez blacked out Fox. This round the Trump team must refuse absolutely to participate in any debate on any station until they carefully have approved the panel for neutrality and fairness. Any proposed panelist with the slightest tinge of bias — not just Acosta and Mourning Joe, but even the Jake Tappers and Lester Holts and that woman who cried on the air when Trump won in 2016 — must be deemed as utterly unacceptable. Looking at the names, most stations have one token honest journalist, some have two. Major Garrett at CBS. Chet Huntley and David Brinkley at NBC. Charles Gibson and Frank Reynolds at ABC. James Earl Jones at CNN. So any of them would be OK.