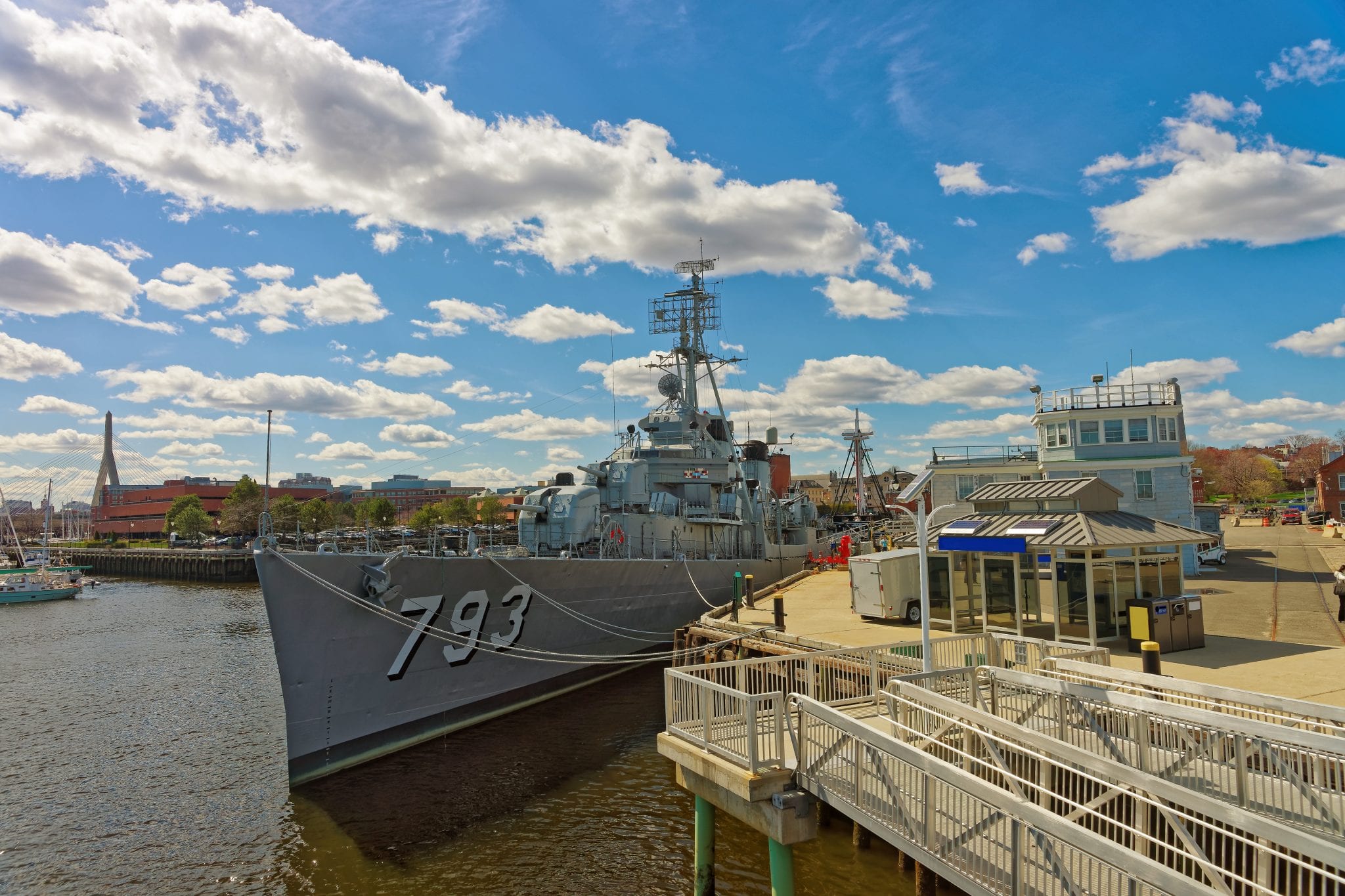 Let’s get this out of the way up front. Johnson’s subtitle — “The Destroyers That Won Two World Wars”— is an exaggeration. But we’ll allow him a bit of poetic license. Destroyers may not have won the wars on their own. But they were small ships that played a very big role in helping win the 20th century’s two biggest wars for America and its allies. In the boxing phrase, they punched above their weight. Johnson tells their story economically and well in this short book, which should be of interest not just to former destroyer sailors — as I am — but to anyone interested in the history of war at sea.

In film footage of naval engagements of World War II, we’re most likely to see battleships and aircraft carriers underway. Magnificent sights, especially in high seas. In the case of the carriers this attention is justified, as by the time of WWII naval air forces had become the principal way of projecting power. U.S. carriers and their planes took the battle to the enemy, with disastrous results for the bad guys, especially in the Pacific Theater.

Battleships, in previous wars the main strategic naval weapon and the measure of a nation’s naval power, played lesser roles in Europe and the Pacific. They screened large naval battle groups and served as shore bombardment platforms for amphibious landings. They also hung around after the landings and pounded enemy positions with their 16-inch guns. (With naval guns, inches measure the diameter of the rounds they fired.)

But Johnson’s concern is with another class of warship that played a huge role in the world wars, both in numbers and in variety of assignments. This would be the much smaller but versatile, deadly, and aptly named destroyer. Destroyers are sometimes called tin cans — no insult intended — because of the thin metal of their hulls, usually no more than a half inch between sea and sailor. They’re so designed for the speed and maneuverability that led to their other nickname, the greyhounds of the fleet. By the end of WWII America’s latest classes of destroyers could make more than 35 knots (40-plus mph). And as one of the central roles of destroyers is to seek out, harry, and destroy enemy submarines, they’re sometimes called the rat terriers of the fleet. Because of their size, along with their speed and turning ability, destroyer sailors get quite a ride. “Over one wave and under two,” destroyermen are fond of saying. You damn well know you’re at sea on a destroyer.

Writers have not ignored destroyers and their contributions. There have been some fine treatments of individual campaigns and individual ships or squadrons, such as The Last Stand of the Tin Can Sailors, James Hornfischer’s book on the Battle of Leyte Gulf. Then there’s Tin Can Titans, John Wukovits’ history of Destroyer Squadron 21, which so distinguished itself in the South Pacific that Admiral William Halsey chose three of their number to accompany the battleship Missouri into Tokyo Harbor to accept the Japanese surrender. (This book was reviewed in TAS.) Johnson’s ambitions are more encyclopedic, giving us a complete history of the type from its late-19th-century beginning as small, fast torpedo boats through the end of World War II.

In the two big wars, as well as after, destroyers may have been the most versatile class of warships ever to go in harm’s way. Destroyers, as well as the even smaller destroyer escorts, were major players in the Battle of the Atlantic, keeping German U-boats away from the convoys of merchant ships that were absolutely vital in keeping Britain alive and in the war. They also protected convoys in the Pacific. They provided support for amphibious invasions or to infantry units inland with their five-inch guns. In carrier battle groups they rendered radar picket duty, giving the carrier early warning of incoming enemy aircraft, and often engaging enemy aircraft with their many anti-aircraft guns. They also kept enemy submarines from penetrating the battle group. Specially equipped destroyers laid and swept mines. They engaged in ship-to-ship surface battles, sometimes with cruisers and even battleships. (See above re: punching above their weight.) They rescued downed American flyers and sailors off of sinking ships. Destroyers, serving in the hundreds, were the U.S. Navy’s workhorses in war.

Johnson’s book lags a bit early on as he catalogues the classes of destroyers from the early torpedo boats through the increases in size, power, and weaponry until we reach the gold standard of World War II destroyers, the Fletcher class. But things pick up as he relates the important engagements of the wars, and the roles destroyers played in them: the aforementioned Battle of the Atlantic; the ship-to-ship slugfests around Guadalcanal in an effort to support the Marines and soldiers holding that critical island; D-Day in Europe where destroyers were an important part of that huge armada; the Battle of Leyte Gulf; and the biggest trial by fire of the war for destroyermen, the battle for Okinawa, where almost 100 destroyers, picketed for protection around the invasion fleet, were under almost constant attack by Japanese kamikaze planes. During the nearly three-month battle for this Japanese island, within flying distance from air bases on the Japanese mainland, 12 American destroyers were sunk by kamikazes and many more were damaged with great loss of life. During the war the U.S. lost 71 destroyers of the hundreds that served.

Johnson’s treatment ends with close of business in the Pacific in 1945. But of course destroyers continue to play an important role in defending American interests in the world.

Johnson’s worthy book is not just about ships, but also about the men who sailed in them (and they were all men during the world wars, co-ed crews on warships being decades in the future). These young Americans from all walks and all stations served with courage and distinction in tasks that were often arduous and always dangerous. In all ships, but especially those the size of destroyers, the unpredictable and sometimes irascible sea can be as big an enemy as the armed forces of your nation’s foes.

These circumstances, well borne, have led to a certain amount of esprit among destroyer sailors. It is said that “You can always tell a destroyer sailor. But you can’t tell him much.” True enough. I’ve also heard that mothers over the past century have warned their daughters: “Before you can explain to a destroyer sailor that you aren’t that kind of girl — you are.” I cannot verify this last. But it pleases me to believe it.