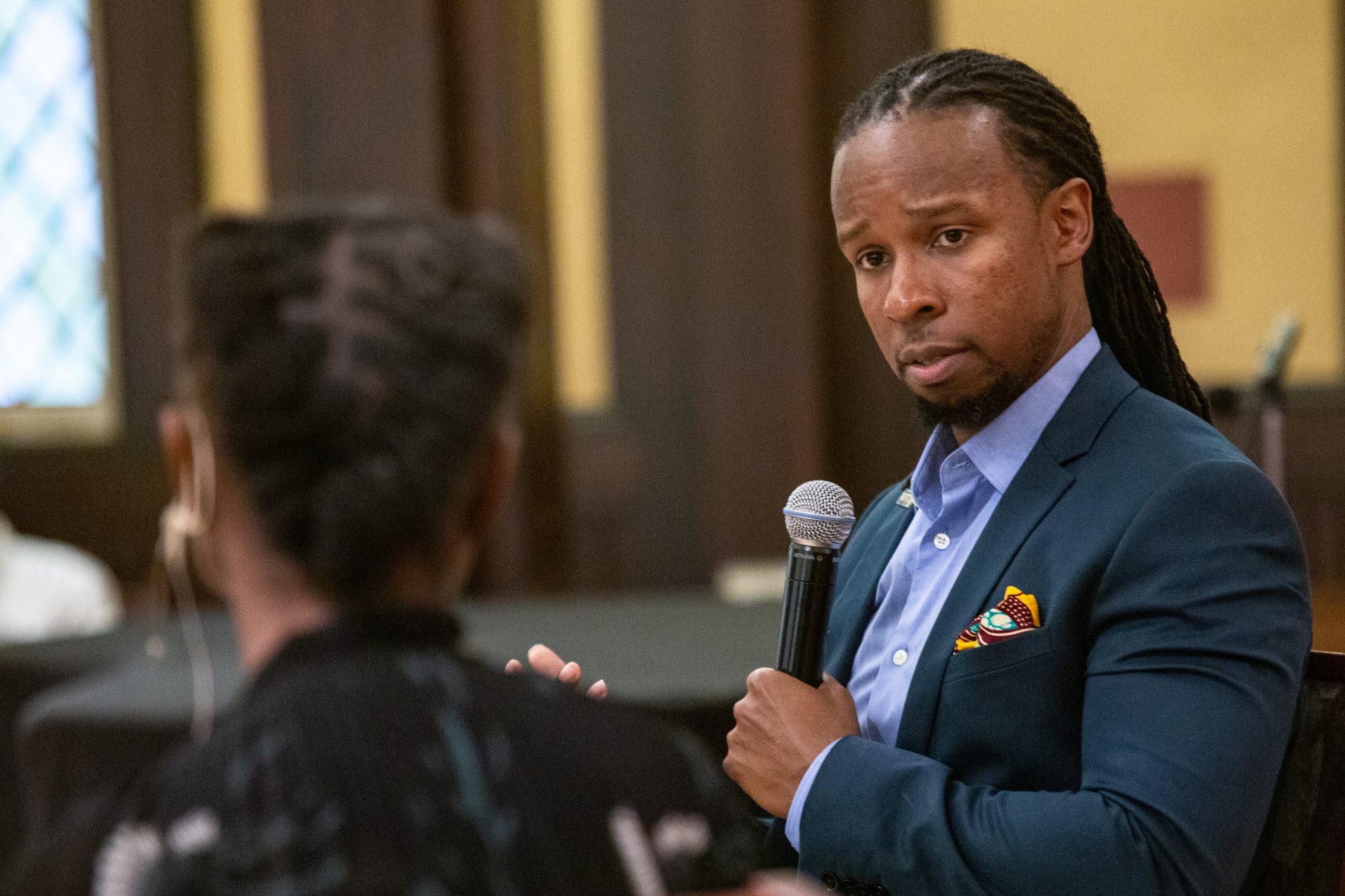 It turns out the New Atheists were wrong. During the mid-2000s, American middle- and upper-brow conversation experienced what I once called “the most sustained attack on monotheistic religion since Attila the Hun.” Within a single period of less than ten years, we witnessed — if that’s the right word — the publication of a suite of best-selling anti-theist books, including Richard Dawkins’ The God Delusion, Christopher Hitchens’ God Is Not Great, Sam Harris’s Letter to a Christian Nation, and perhaps most notably Harris’s The End of Faith: Religion, Terror, and the Future of Reason. At one point, beginning in roughly 2003, there was a global movement to relabel atheists and secular humanists “The Brights,” presumably to contrast them with dull and bleary-eyed Believers. The frequently viewed Wikipedia page for that campaign is still live online.

The unifying theme of these works was that religion should, even must, be discarded because it has a unique ability to lead otherwise rational people into illogical patterns of fanatical misbehavior. Dangerous, extreme beliefs would be far less common in the absence of all that church-house nuttery. In a famous interview with the religious and philosophical site Beliefnet, Harris went so far as to argue that the complete abolition of religion is a societal near-necessity. The transcript of the interview was headlined “Why Religion Must End” and sub-titled “A leading atheist says people must embrace rationalism, not faith — or they will never overcome their differences.”

In the interview, Harris — whose work I generally enjoy, by the way — contends that “There is no text more barbaric than the Old Testament of the Bible.” But the holy book of Islam seems to come close: “The Qu’ran, virtually on every page, is a manifesto for religious intolerance.” In the absence of such texts, both Harris and the interviewer seem to believe, humans will be able to “truly figure out moral and ethical behavior on our own, without … religious concepts,” as the interviewer puts it. This single well-framed sentence was the thesis statement of New Atheism.

Well, it sounded good! But the Brights seem to have ignored something that many political scientists and anthropologists have long known or suspected: the human urge to believe runs deep, and it’s quirky. It is by no means confined to adherence to the tenets of one of the five or six major traditional religions. The past few decades, during which time we have seen unprecedented expansion of the atheist and agnostic “Nones” category of religious identifiers, have also witnessed the Occupy and Tea Party popular movements, the rise of messianic stem-winding candidates across the U.S. (and global) political spectrum, surges in the popularity of psychedelics and the decriminalization of many drugs across several states, and fanatical, internet-based mass movements such as QAnon and Extinction Rebellion.

Perhaps most notably, these years have seen the rise of the woke “movement for social and racial justice,” an allegedly secular cause which incorporates many of the classic Forms of monotheistic religion: original sin, redemption, saints, shrines, taboos, and the sale of indulgences. This is not an exaggeration, or at least not much of one. Wokeness has a very clear concept of original sin, which can be defined not so much as whiteness or middle-class status — as is often speculated — but as truly liking and supporting the core structures of the current society.

Doing so is bad because literally everything is racist (or sexist, fattist, etc.). As Dr. Ibram Kendi, the closest thing the new faith has to a prophet, has argued, any system that produces any significant racial disparity in outcomes must by definition be racist. This is because there are only two possible causes for racial disparities: “Either certain groups are better or worse than others and that’s why they have more, or [this is due to] racist policy.” And, since literally every currently operating system, from the annual scoring of SAT exams to the NBA draft in June, produces at least slightly disparate results among human groups, we know what that must mean! Our flawed society is the Realm of Maya to the Woke. The equivalent of Midgard. Purgatory. The Fallen World from which the Chosen must attempt to escape.

How can they do so? The answer seems to be what the Buddha labeled “the state of continuous rejection,” and which is more often today called “active anti-racism” or “intersectional critique.” All systems that currently produce unequal racial — or gender, etc. — outcomes should be prodded toward mandated equity. For example, a university might be pressured into jettisoning all admissions tests and letting students in basically by racial lottery. White activists can mitigate the possibility — the certainty! — that they have race-based “privilege” by seeking out potentially dangerous marches or riots and interposing their bodies between protesters and responding police. Interactions between oneself and all members of other cultures should be vetted for power dynamics, so that, for example, a white woman would avoid wearing a Chinese gown to a school dance. To some very real extent, he who is most offended most often comes closest to being blessed.

And it might help to visit a shrine. One of the more remarkable things about Wokeness, conceptualized in religious terms, is how quickly it has acquired martyrs and holy places. Simply put, the martyrs are the victims of racism as defined by the Woke: those killed by any currently operating system (notably policing) that produces disparate results. Many Black Lives Matter marches begin with a recitation (“saying their names”) of Black individuals killed or injured by police during the past five or six years: Michael Brown, Freddie Gray, George Floyd, Alton Sterling, Philando Castile, Jacob Blake, and so on down the line. A Google search for “BLM martyrs t-shirt” turns up a nice one featuring most of these names within the first three results. It’s designed by the artist Cubana123098 and retails for $19.99. And many sites where these individuals fell have become literal shrines: a recent post on the GodTV religious website was headlined “Dozens Baptized, Healed at Minneapolis Site Where George Floyd Died.”

But it can’t be all prayer and peaceful marches. Any faith worth its (consecrated) salt needs unforgiving taboos. Wokeness has them in plenty. In a sentence, the Great Forbidden of the Woke is logically arguing that gaps in performance between groups are due — as they clearly often are — to any factor but prejudice. Of course, all biologically hereditarian arguments for such gaps are clearly taboo. As far back as 2005, the president of Harvard University (!) was fired in large part for opining that small genetic differences between the sexes might account for some of the under-representation of women in science.

One of the more remarkable things about Wokeness, conceptualized in religious terms, is how quickly it has acquired martyrs and holy places.

In recent years, however, even non-hereditarian “culturalists” such as Thomas Sowell and yours truly have faced backlash for making the clearly accurate point that cultural and situational variables like median age, region of residence, and study culture and SAT scores often affect dependent variables such as income more than contemporary prejudice does. The extent to which such heresy is punished can reach the absurd: the long-time play-by-play man for the NBA’s Sacramento Kings was recently fired for tweeting the phrase “All Lives Matter.” The logic for that termination was apparently that noting the large non-Black majority of police shooting victims, or the correlation between crime and police violence, distracts from the oppression of Black people and must be forbidden.

In addition to, and often as a way to placate, its in-house Inquisition, Wokeness offers what is definitely one of the most fun aspects of any religion — the sale of indulgences! Those familiar with European Catholic Christianity may recall that Holy Mother Church long offered nobles, courtesans, wealthy merchants, and others rather unlikely to give up sinning a chance to quite literally buy their way into Heaven. In immediately pre-Protestant Europe, the cost of forgiveness for a consummated marriage with a first cousin was about $5,000 in today’s terms. These days, those who sin against Wokery, by succeeding in society or occasionally saying forbidden things, can likewise buy absolution — although usually for a bit more than a few stacks.

Twitter CEO Jack Dorsey, who runs a platform oft criticized for its “problematic”content, recently made headlines forgiving $10 million to Woke prophet Ibram Kendi’s “Boston University Center for Anti-Racism.” The National Football League — burdened with a business model based around big Black and Southern guys knocking each other senseless — recently signed a partnership with rapper Jay-Z’s Roc Nation that will involve spending “$100 million on social justice outreach” during the next decade or less. And so it goes, down to the mandatory $29.99 “Black Lives Matter” sign in front of virtually every home or small business in urban areas worried about violent protests.

I had some fun with this piece, and I’m teasing a bit with some of these analogies. But only a bit. Humans have an innate desire to believe, and a recent decline in traditional faith has been measurably followed not just by an upsurge in zany beliefs ranging from QAnonsense to climate apocalypticism but also by a fully formed secular dogma with taboos, high priests, holy places, and even concepts of original sin and the devil. While I blame the Woke for some of this, their rise does give me more in common with Sam Harris’s team: when it comes to this new religion, I am a confirmed atheist.

Wilfred Reilly is an Associate Professor of Political Science at Kentucky State University, and the author of Hate Crime Hoax and Taboo: Ten Facts You Can’t Talk About.