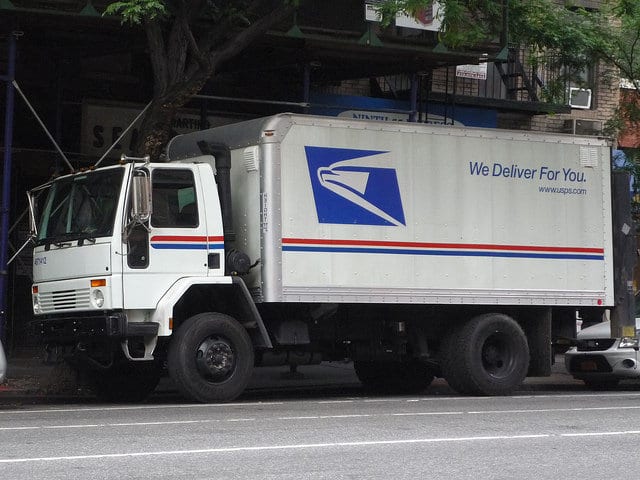 The leftist tech media is trying to frame President Trump’s plan to withdraw from the Universal Postal Union (UPU) as a negative for consumers when the goal is to stop postal subsidies that are harming American businesses.

“Trump Is Trying To Screw Up Your Cheap International Shipping,” proclaims a recent click-bait headline from Gizmodo.

Trump recently said he plans to withdraw from UPU, which has established a system that allows developing countries to ship packages to other countries for lower rates than what those other countries would pay to ship the other direction.

As American Spectator previously reported, a major flaw with the UPU is its parameters were established in the 1960s and it still considers China one of those developing nations, which means rates from China to the United States can cost half as much as packages traveling from the U.S. to China. Jayme Smaldone, inventor of the Mighty Mug, a travel tumbler, discovered he could order a knockoff in China and it would be much cheaper to ship from there to his neighbor in New Jersey than to ship his own product across the street through the U.S. Postal Service.

In a recent op-ed for The Atlantic, Smaldone said speculation on how to brand Trump’s plan to exit the UPU – is it anti-consumer, is it anti-China – misses the mark.

“Sometimes you see a problem that shouldn’t exist, and you simply do your best to try to fix it,” Smaldone wrote. “What the president did is good for consumers—who may not even realize they’re buying lower-quality knockoffs— good for postal ratepayers, good for the postal service, good for the country, and good for the planet if it discourages wasteful international shipping. It will also go a long way to keeping me and my 12 workers on the job.”

Gizmodo, on the other hand, complains that “those cheap Apple knockoff headphones you buy from Shenzhen are about to get more expensive.”