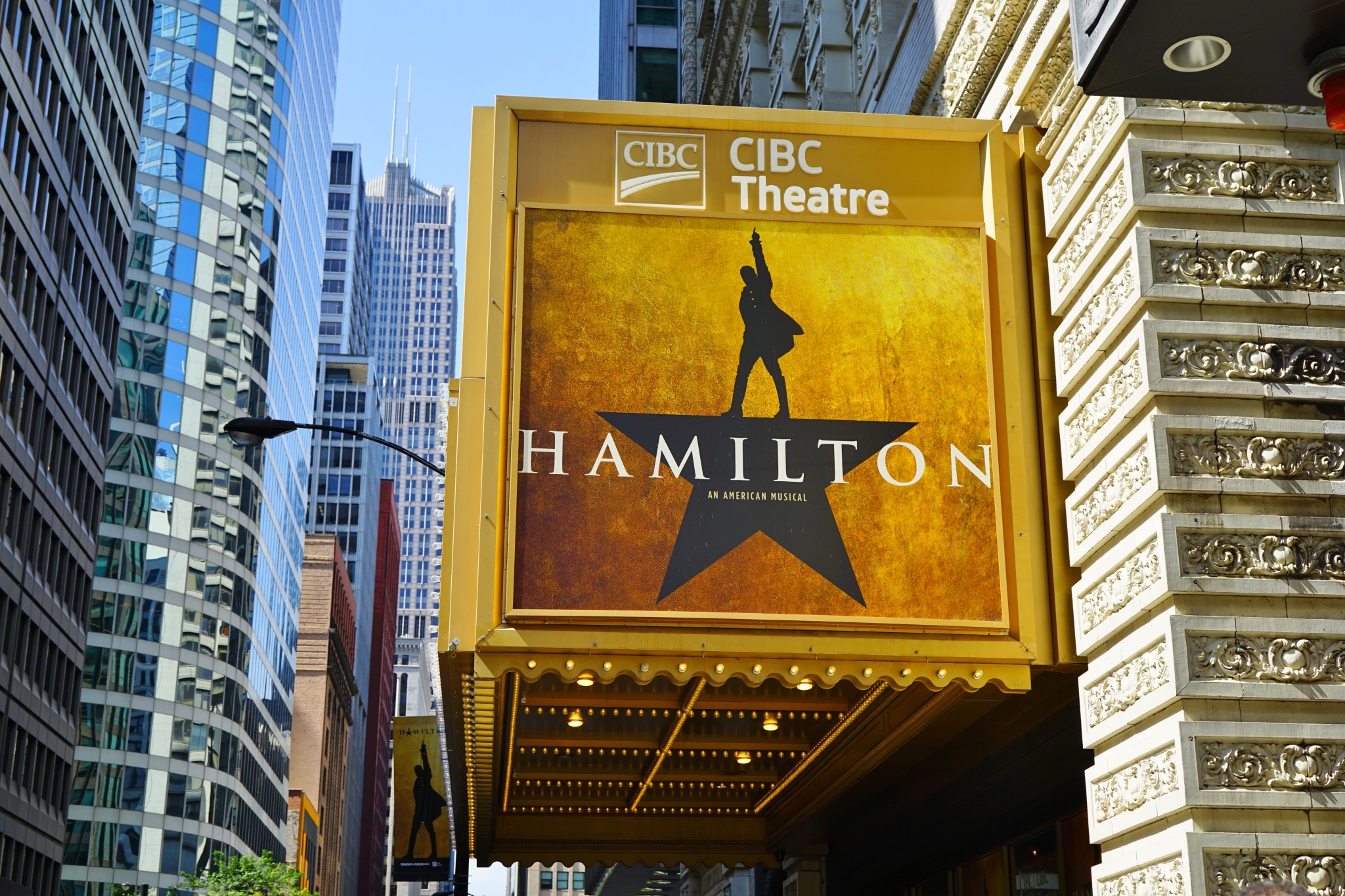 It’s not easy being a drama critic for the New York Times because you have so much heavy ideological baggage to carry with you every time you go to the theater. You can’t just take in a play and try to put into words the impact it had on you. No, you’ve always got an agenda to keep in mind.

And what further complicates the whole business is that the Democratic Party line keeps being revised. Are we still pretending this week, for example, that President Joe Biden isn’t senile? Or have the boys upstairs decided that it’s time to start tearing him down so that we can find someone to replace him with before the 2024 elections?

Such questions matter intensely if the play you’re reviewing was written in accordance with an earlier edition of the Democrats’ version of the notoriously ever-changing Great Soviet Encyclopedia. When Lin-Manuel Miranda’s Hamilton premiered in 2015, it was the height of political correctness — a thrilling new theater work with a Puerto Rican author-composer-star and with actors of color, all playing the Founding Fathers and singing hip-hop songs. Naturally, the Times celebrated it. A few years later, as statues of the same Founding Fathers were being torn down all over the country, Hamilton was criticized in the Times for not making it clear enough that slavery is bad. (Also, all the Founding Fathers were played by men!)

To be sure, the newly problematic aspects of Hamilton aren’t highlighted in A.J. Goldmann’s Oct. 7 review of a 2022 production of Hamilton in Hamburg, Germany. Goldmann’s verdict: Huzzah! He congratulates the show for having made the Atlantic crossing “with its verve, ingenuity, idealism and courage intact” and trumpets that it has gained “unexpected depth from being performed in Germany, and auf Deutsch.” Why doesn’t Goldmann chide Miranda for celebrating slaveholders? Because the headline, in this case, is that the Hamburg Hamilton, with actors from 13 countries, no less, has taken racially diverse casting in Germany to a new level. So, let’s soft-pedal the slavery thing.

Yes, Goldman does (sort of) acknowledge the problems with Hamilton — but in a uniquely Times-y way. Viewed afresh in 2022, he writes, Hamilton transports audiences “to a prelapsarian time before the wreckage of the … years [of President Donald Trump], the murder of George Floyd and the Capitol Hill insurrection.” He continues, “In a painfully divided country, ‘Hamilton’ can feel like a quaint artifact from a simpler time, an encapsulation of the hope, however naïve, for a colorblind society that celebrated individuality, difference and the contribution of immigrants.” Get it? It was Trump who tore America in half and made Martin Luther King Jr.’s — and Miranda’s — vision of a colorblind America seem out of date.

Interesting. In reality, under Trump, the economy boomed (especially for black Americans), the U.S. didn’t start any new wars, and new Middle East peace treaties were signed — among much else. But in the world according to the Times, it was an era of “wreckage” — and division. Pre-Trump was “a simpler time” — in other words, pre-division.  Never mind that it was President Barack Obama who took the feeling of racial unity symbolized by his own election and, for his own reasons, smashed it to bits as soon as he got into office.

Before Hamilton, there was 1776, the great American musical about the drafting and passage of the Declaration of Independence. With a terrific book by Peter Stone and fine music by Sherman Edwards, it won the Tony Award for Best Musical after its 1969 premiere, was made into a pretty entertaining movie, and has been revived twice on Broadway. The second of those revivals, directed by Jeffrey L. Page and Diane Paulus, opened this month. And boy is it woke.

No, I haven’t seen it. I’m on the other side of the Atlantic. And given what I’ve read, I wouldn’t cross the street, let alone the ocean, to see it. The performers, as Times theater critic Jesse Green writes in an Oct. 6 article, all “identify as female, transgender and nonbinary.” Elizabeth A. Davis “makes a very visibly pregnant Thomas Jefferson.” Green loves all this. In fact, he thinks it is “wondrous.” No, even more than that, he pronounces the nontraditional casting “the best thing about the production.”

Because of it, he explains, “the ‘obnoxious and disliked’ John Adams, as played by Crystal Lucas-Perry, who is Black, is not just an abolitionist on principle but in essence.” Huh? He goes on:

And when Sara Porkalob, as the pro-slavery Edward Rutledge, dissects Adams’s hypocrisy in the song “Molasses to Rum” — showing how the North benefits from the slave trade as well as the South — the fact that she is Filipino American both intensifies and complicates the argument.

Really? How, exactly? Green doesn’t say. All he really means is this: having white guys played by Filipino women? Awesome!

Three days later, Green is back, writing about Arthur Miller’s Death of a Salesman. “When it premiered on Broadway in 1949, with its depiction of the false hopes of capitalism and the family dysfunction left in its wake,” Green recalls, Arthur Miller’s play made grown men weep. But now we’re all used to it. It’s wallpaper. How to restore its magic? How to restage it without making it seem like a museum piece?

Answer: black actors! Turns out that at the Hudson Theater in New York, you can see a revival of Miller’s play, directed by Miranda Cromwell and based on a production she staged in London in 2019, that reimagines Willy Loman and his family — wife Linda, sons Happy and Biff — as black. Meanwhile, all the other characters are white. The result, explains Green, is that Willy is now a black man operating “in a largely white world.” His boss is white! His neighbor is white! His mistress is white!

So now the play is no longer about what it used to be about but is instead largely about — wait for it — and, yes, wait a little more — race! Which means that Willy’s death invites us not to ponder our own most profound life decisions nor to contemplate the fundamental tragedy of the human condition but to ask: Was Willy a victim of racism? If so, where can we sign a petition? Whom should we vote for?

In Green’s opinion, Cromwell’s casting concept brings a fresh excitement to many aspects of Death of a Salesman that might otherwise feel old hat. The play’s “web of urban imagery,” for example, “gets new life when seen in the light of the redistricting and gentrification that squeezed many people like the Lomans out of their homes.” Say what? So now Miller’s play is about gentrification? Also, “Biff and Happy’s take on trash-talking, no less than Linda’s maternal don’t-cross-me commandments — ‘Attention must be finally paid!’ — awakens lines you’ve heard innumerable times, asserting their implacable realness.”

I think what Green means here, and what he is trying to say without sounding like a typically race-obsessed Upper West Side progressive who thinks about blacks entirely in terms of stereotypes, is this: Having Linda, Happy, and Biff played by black actors works like a charm because their conduct resonates with certain racial clichés that are banging around in Green’s head.

Ah, the lot of a Times drama critic!