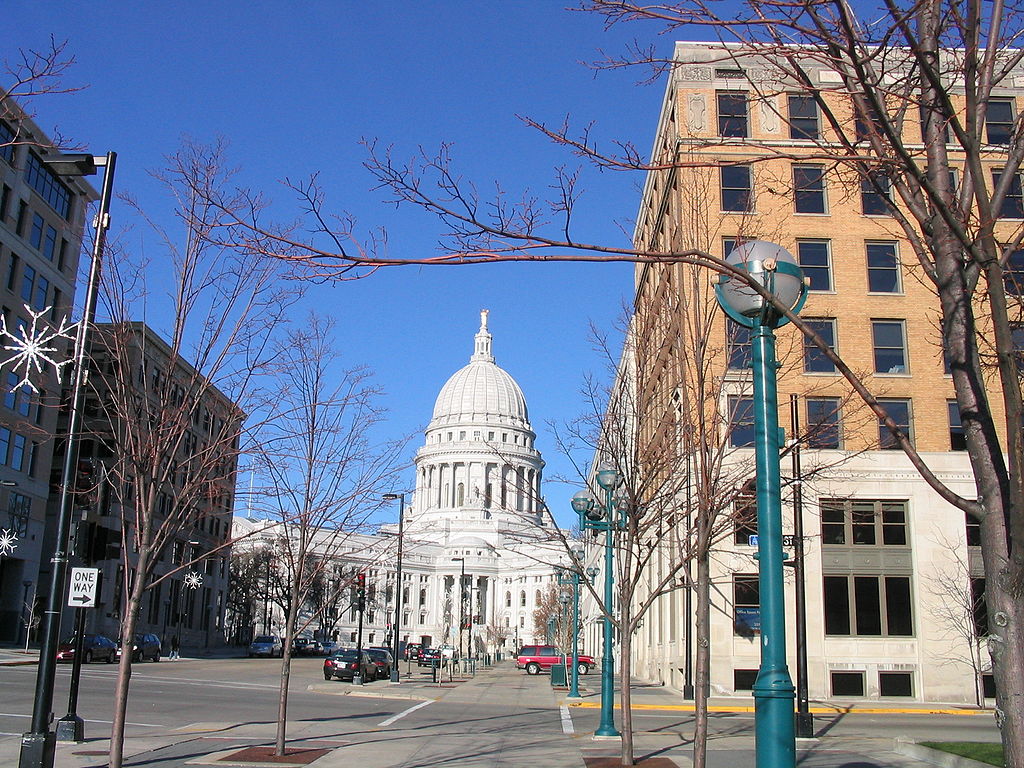 The great Lawrence Block is still writing in his 83rd year, although a tad less frenetically than he did at lesser ages. One of his classics is Eight Million Ways To Die, which was a bestseller in 1982 and made into a less successful film in 1986. The title refers to the eight million citizens of New York City, implying there are as many ways to die as there are people. Right now the Trump presidency has eight million ways to die, and there are nine times as many (72 million recorded) voters who are standing by, watching very closely.

The State of Wisconsin, with its 10 electoral votes, went to President Trump in 2016, but despite holding a large lead there early on Election Night 2020, the final tally in the state shows him down by 20,000 votes out of three and a quarter million cast. This narrow margin does exceed one quarter of 1 percent, so there is no mandatory recount in the offing, nor will any judge decree one as matters stand. The law allows one day — Wednesday, November 18 — for Trump to request a recount, and his campaign must defray its cost. No request can be entered earlier or later.

This means the campaign will have to commit to the request before it learns the finalized result of the ongoing Georgia hand recount and audit, which is set to end by late Wednesday night or early Thursday. If the Georgia count gives the president the state, then the Wisconsin request is a no-brainer. But it appears the campaign will be denied the luxury of knowing that information in advance.

Wisconsin state government has done a dirty trick by preparing an invoice for $8 million. The same state managed a 2016 recount for two million, but they are hiding behind coronavirus and its need for breathing room as an excuse for quadrupling the tab. Knowing the Trumpian disposition, one can hear the gnashing of teeth echoing across the fruited plain. Donald Trump did not reach the pinnacle of New York finance by paying premium prices for products. It is not very artful dealing to write an $8 million check for a $2 million service.

Be that as it may, he has no choice in the matter. The fealty of those 72 million (at least) voters has been hard won but could be easily lost. If the recount is not requested on some pretense, the betrayal will be too profound for that loyalty to survive. The Trump voters will stop being satisfied customers like Trump Tower dwellers and turn into sour gripers like Trump University graduates, if “graduates” is the word I’m looking for.

If indeed the combination of Dominion software and various nefarious actors has resulted in sizable alteration of voting numbers somewhere between the ballot and the aggregated total, as part of a criminal conspiracy to steal the election, it will certainly be on full display in Wisconsin, one of the three states Trump pickpocketed from Clinton in 2016. If a recount is available for eight million smackers, Trump donors will consider it a bargain. They need to see that tabulation process reenacted for them, without benefit of machinery.

So which version of the story is actually accurate? Are the Republican voters right to fear fraud, or were they beaten by actual voters mailing their preferences from home out of pandemic panic? That is what Biden claims, echoing a previous Democrat president, that indeed Republicans have nothing to fear but fear itself. All the pitiful cowering homebound biders and hiders voted for Hidin’ Biden, so says he. Fair enough; we challenge him to a recount in Wisconsin. Bring plenty of cheese and a camera. No beer, not until after.

I am writing these words because I can smell bad advice from a distance of thousands of miles. The combination of parsimoniousness (cheapness in Madison) by some and pusillanimity (cowardice in Green Bay) by others will lead to voices in the president’s ear telling him to hang on to his eight million smackers, not to take the chance of the recount proving an honest tally. Not I, Mr. President, nor the other 71,999,999. We are ready to assume that risk, and we cannot abide leaving the shot on the table. Remember the flip side of Mr. Block’s message to a New Yorker: there are also eight million ways to live.