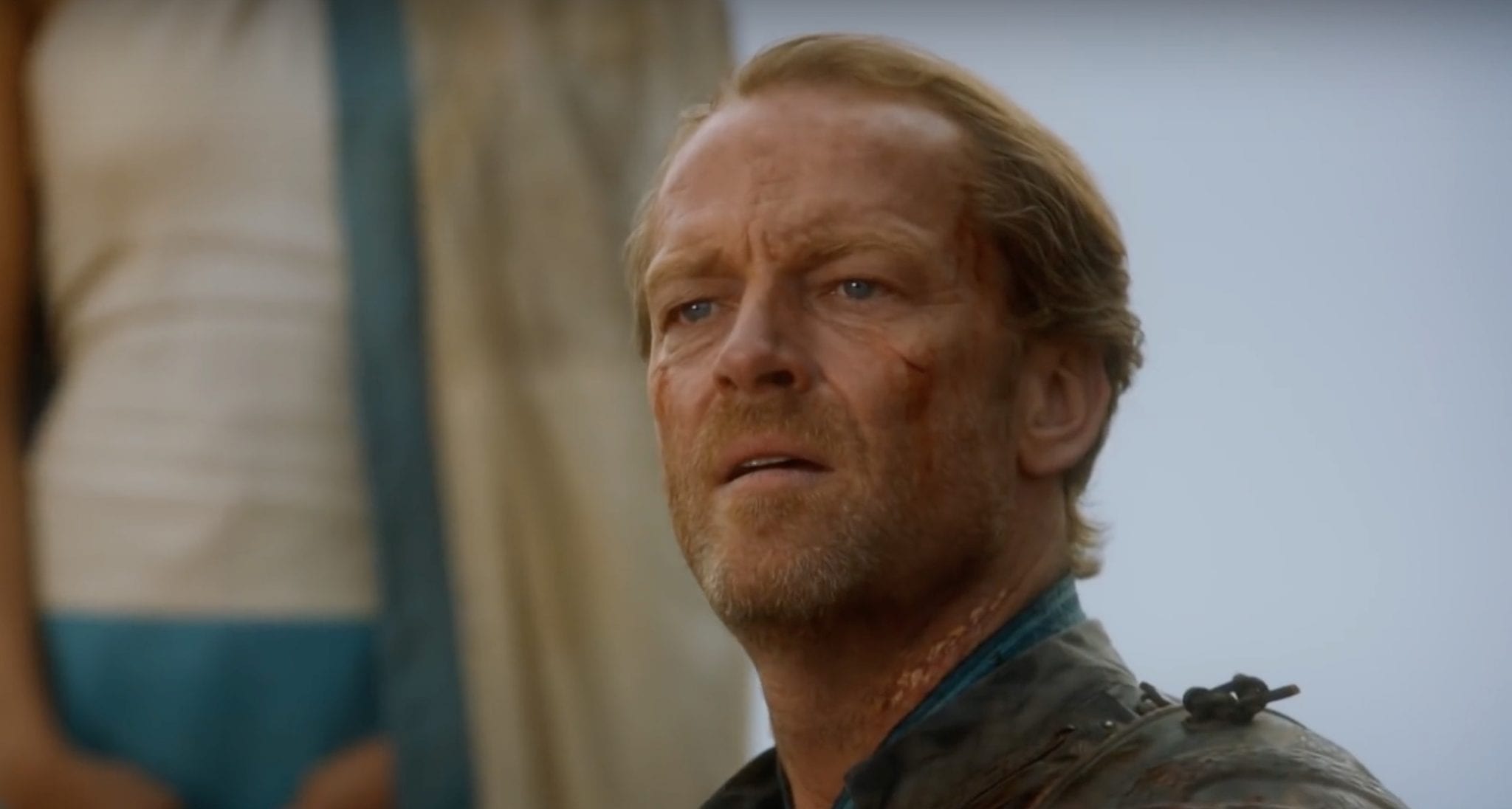 Have you been re-bingeing the first seven seasons of Game of Thrones in advance of Season 8, Episode 1’s arrival on HBO Sunday? If so, you’re hardly alone. GOT is the runaway chart-topper among this year’s streamed-on-demand shows by cable and broadcast networks, as fans bone up on characters both alive and — we think — dead in advance of the premiere.

As they should. GOT, initially based on a series of books collectively named A Song of Ice and Fire by fantasy author George R. R. Martin — which was so successful for HBO that it outstripped Martin’s writing and has come unmoored from his five novels (a sixth Martin says is forthcoming) — might well be the greatest artistic achievement in the history of television. Certainly no show has managed to combine such epic storytelling, breathtaking special effects, large-budget-movie cinematography and top-flight acting and directing as Game of Thrones has.

And along the way, GOT — despite its setting in a medieval fantasy world containing a society radically different from the one its audiences come from (though some of that setting is influenced by England’s late-Medieval War of the Roses period) — tells us a great deal about ourselves.

Yes, a lot of it isn’t good. There is gratuitous sex and violence in Game of Thrones, and more than its share of a combination therein. Feminists have decried the show’s multiple rape scenes, Christians have decried the ubiquitous and unrepented sin on display throughout, and atrocities committed even by “good” characters occur often enough to make even jaded viewers uncomfortable.

But Martin explained why the story had to be told in such a way. “I’m writing about war,” he said in a 2015 interview, “which is what almost all epic fantasy is about, but if you’re going to write about war and you just want to include all the cool battles and heroes killing a lot of orcs and things like that and you don’t portray [sexual violence], then there’s something fundamentally dishonest about that.”

Martin continued. “People will say ‘Well, he’s not writing history, he’s writing fantasy — he put in dragons, he should have made an egalitarian society.’ Just because you put in dragons doesn’t mean you can put in anything you want. I wanted my books to be strongly grounded in history and to show what medieval society was like.”

What Martin, who isn’t religious, didn’t say — but is certainly true of his story — is that the war-torn medieval civilization of Westeros and its sister continent of Essos is an examination of what our society might look like were it not for the civilizing influence of the Judeo-Christian tradition spreading through Europe and the Americas and emerging as the dominant moral and intellectual force on the planet. Characters in Game of Thrones may have their virtues, but nearly all of them see life as what we would view through Thomas Hobbes’ description — nasty, brutish, and short.

There is no Christianity in Game of Thrones, though there is religion. Several faiths appear in the story, in fact, though all appear exceedingly bleak. The ascendant religion in the show, that of the Lord of Light, has as its catchphrase “The night is dark, and full of terrors” — and acts committed in its name can hardly be called moral under any definition of the word. And the dominant faith in the Westerosi capital King’s Landing is overrun by zealots whose tyrannical conduct is so obnoxious that when the entire lot of its core worshippers are essentially nuked by the evil Queen Circei, viewers are tempted to applaud.

The Golden Rule and the Ten Commandments don’t factor into this show. These characters make The Sopranos look like the Von Trapps. But while Martin may not have intended it this way, his story, especially as interpreted by show-runners David Benioff and D.B. Weiss, flows as a paean to Western civilization as it comes from the Judeo-Christian tradition — by offering a view of how the other half might have lived.

GOT’s lesson to Christians, if there is one to be found among the dragons, White Walkers, direwolves, Lannisters and Targaryens, is that things might have turned out much different — and exceedingly worse. Its absence of morality is an exhortation for us to practice our own, and a forceful exhortation it is.

So when on Sunday we begin to find out whether Jon Snow is truly the rightful heir to the Iron Throne, or whether the Night King will conquer Winterfell with his army of the dead, or how long Circei’s truce with her rivals lasts, we can know that we’re witnessing the final season of a true cultural achievement. What’s more, as Erick Erickson noted earlier this week, Game of Thrones might well be the last of its kind — it’s the last true mega-hit TV show before the rise of streaming services engulfs cable television; GOT debuted in 2011, before Netflix, Hulu, Amazon Prime, and YouTubeTV really hit the scene, and GOT’s viewers are still clinging to HBO in large measure because of the show. When it’s gone, there may not be another such phenomenon — and television may never be the same again.

Did you see Thomas Massie pull the pin and blow John Kerry to smithereens Wednesday at that House hearing on climate change? If you haven’t, here’s the video. It’s well worth five and a half minutes of your time.

The New York Post had some highlights, starting with Massie — who has degrees in both electrical and mechanical engineering from MIT — taking a shot at Kerry’s degree in political science from Yale as a credential to discuss meteorology and climate science…

“How do you get a bachelor of arts in a science?” asked Rep. Thomas Massie, of Kentucky’s northern 4th District, during a House Oversight and Reform Committee hearing on Tuesday.

“OK, so it’s not really science,” replied Massied. “So, I think it’s somewhat appropriate that somebody with a pseudoscience degree is here pushing pseudoscience in front of our committee today.”

Kerry fired back, “Are you serious? I mean, this is really… happening here?”

To which Massie said: “You know what? It is serious. You’re calling the president’s cabinet a kangaroo court, is that serious?”

“I’m not calling his cabinet a kangaroo court,” Kerry said. “I’m calling this committee he’s putting together a kangaroo committee.”

Massie asked, “Are you saying he doesn’t have educated adults there now?”

But that doesn’t really do it justice. Watch the whole thing, and then try to decide whether for all the lamebrained goofballs populating the Democrat Party there is anybody who can truly rival John Kerry for his utter lack of substance and wit.

Speaking of a Democrat lacking substance and wit, there is Maxine Waters — who after having been put in charge of the House Financial Services Committee by new Speaker Nancy Pelosi proceeded this week to hold a hearing at which she sought to upbraid America’s banks for their poor performance in dealing with the nation’s student loan crisis…

…only to find out that the banks aren’t the ones making student loans anymore.

At a hearing featuring a panel of seven bank CEOs, Ms. Waters ticked off figures on student loan debt and defaults, then asked, “What are you guys doing to help us with this student loan debt? Who would like to answer first? Mr. Monahan, big bank.”

Bank of America chairman and CEO Brian Monahan replied, “We stopped making student loans in 2007 or so.”

She then turned to James Dimon, JPMorgan Chase chairman and CEO, who explained, “When the government took over student lending in 2010 or so, we stopped doing all student lending.”

It’s not impolite to call Maxine Waters a moron, is it? If so, may we all agree that she lacks the knowledge base and expertise to command a congressional committee regulating the banking industry? In fact, Waters’ only real relevant experience to her position was that she intervened on behalf of a bank her husband owned stock in so as to secure $12 million in bailout money from the Treasury Department. That landed her three counts of congressional ethics charges which went away in 2012 thanks to the forbearance of John Boehner’s House leadership, which led us to this week’s spectacle.

Finally, back to showbiz: Have you seen Kevin Costner’s outstanding new flick The Highwaymen on Netflix? If not, you certainly should. Costner and co-star Woody Harrelson play a pair of Texas Rangers, Frank Hamer and Maney Gault, who led the posse which ultimately reduced Clyde Barrow and Bonnie Parker to a pair of bullet-riddled corpses along a country road in Northwest Louisiana. The movie is a very true-to-life depiction of Hamer and Gault’s manhunt, so much so that the climactic scene was shot on that same road and very near the actual firefight which put Bonnie and Clyde into the history books.

And unlike previous depictions of those events, in The Highwaymen the good guys are actually the good guys. The movie doesn’t portray Bonnie and Clyde as folk heroes but as vicious, psychopathic killers who terrorized the south central United States for four years from 1931-34 before they met their end in Bienville Parish. Instead it’s Hamer and Gault, a pair of grizzled veteran lawmen who’d survived some of Texas’ most lawless and dangerous times largely on guts and a willingness to employ necessary violence, who are the stars of the show.

For that reason The Highwaymen has caught scads of poor reviews — not for its story, acting, direction, or cinematography, but for the perceived politics of its makers. Such are the social justice warriors roaming about our land.

To hell with them. The plot of The Highwaymen is a bit slow, but that’s in keeping with its story line — and it builds to that climactic scene with plenty of action along the way. It’s an excellent film, and one worth watching.