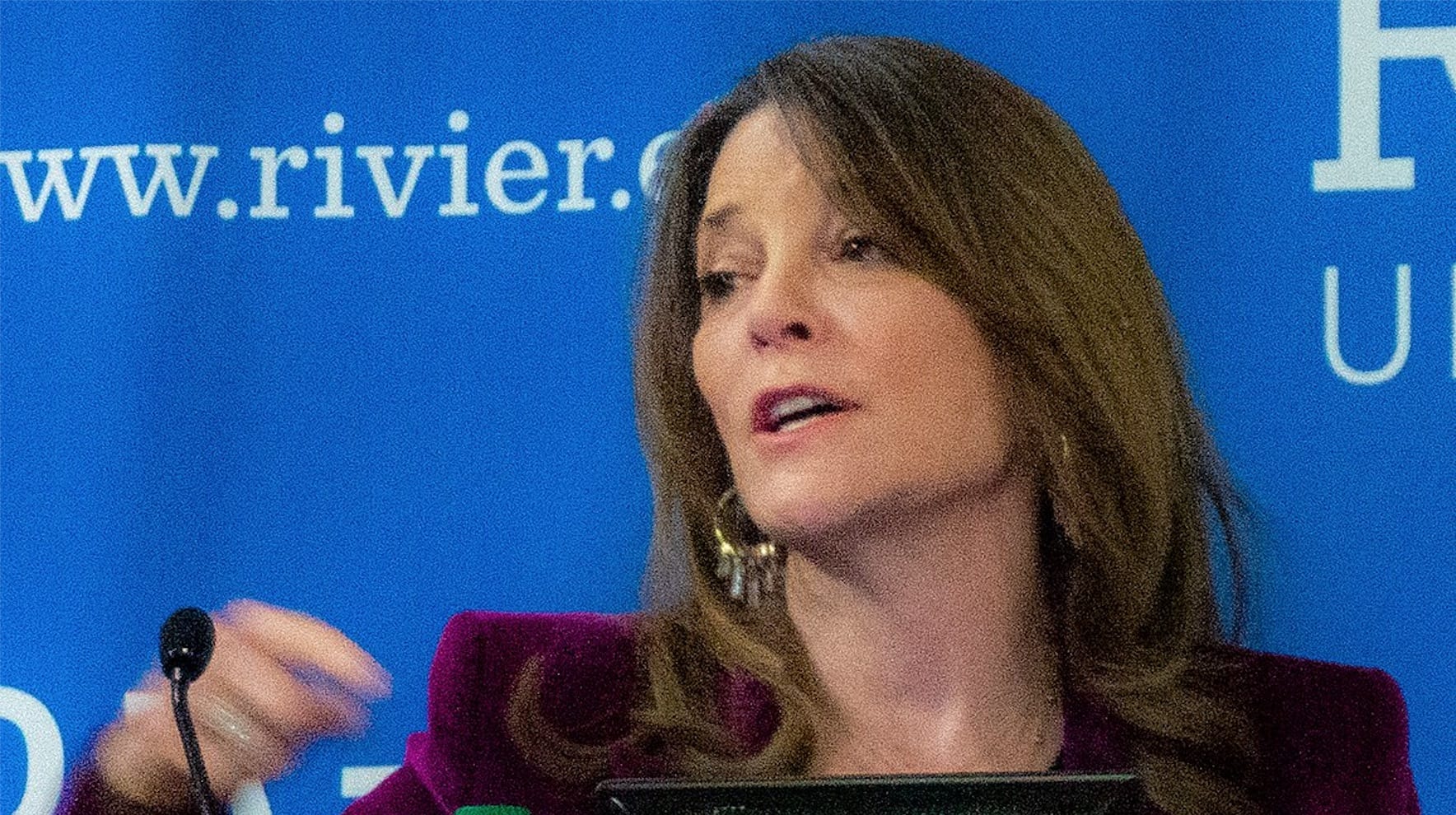 Marianne Williamson’s campaign is nearing a crucial fundraising milestone to qualify for participation in the Democratic presidential primary debates. As of Friday evening, Williamson’s campaign site reported she needs fewer than 9,000 more contributors to reach the 65,000-donor threshold the Democratic National Committee has established to be on the stage for the first round of debates June 26-27 in Miami, to be televised on MSNBC and Telemundo. With more than 56,000 donors, Williamson is at about 87% of the 65,000 number.

In its first-quarter fundraising report, the Williamson campaign reported raising more than $1.5 million, which was more than the total raised by former Obama administration HUD Secretary Julian Castro. Most of Williamson’s total came from small donors, with 60% giving $200 or less, and she entered April with more than $500,000 cash on hand.

Williamson got an important boost April 14 when she appeared in a town hall event televised by CNN, demonstrating among other things her ability to throw red meat at the Trump-hating Democrat primary voters: “This president clearly has fascist leanings, and I think that all of us, conservatives as well as liberals, need to stop pretending that this isn’t true.” She also endorsed reparations for slavery, saying: “It’s simply a debt we owe. This country will not heal until we take a serious moral inventory.”

Williamson also made two appearances last week on MSNBC, being interviewed by Alex Witt and Stephanie Ruhle, promoting her new book, A Politics of Love. Meanwhile, Williamson has continued a round of appearances in early primary states, including Friday in Las Vegas, Nevada, with events scheduled next month in Iowa and South Carolina. Also, as of Friday, the poll-watching blog FiveThirtyEight deemed Williamson to be a “major candidate” for the Democrat nomination.