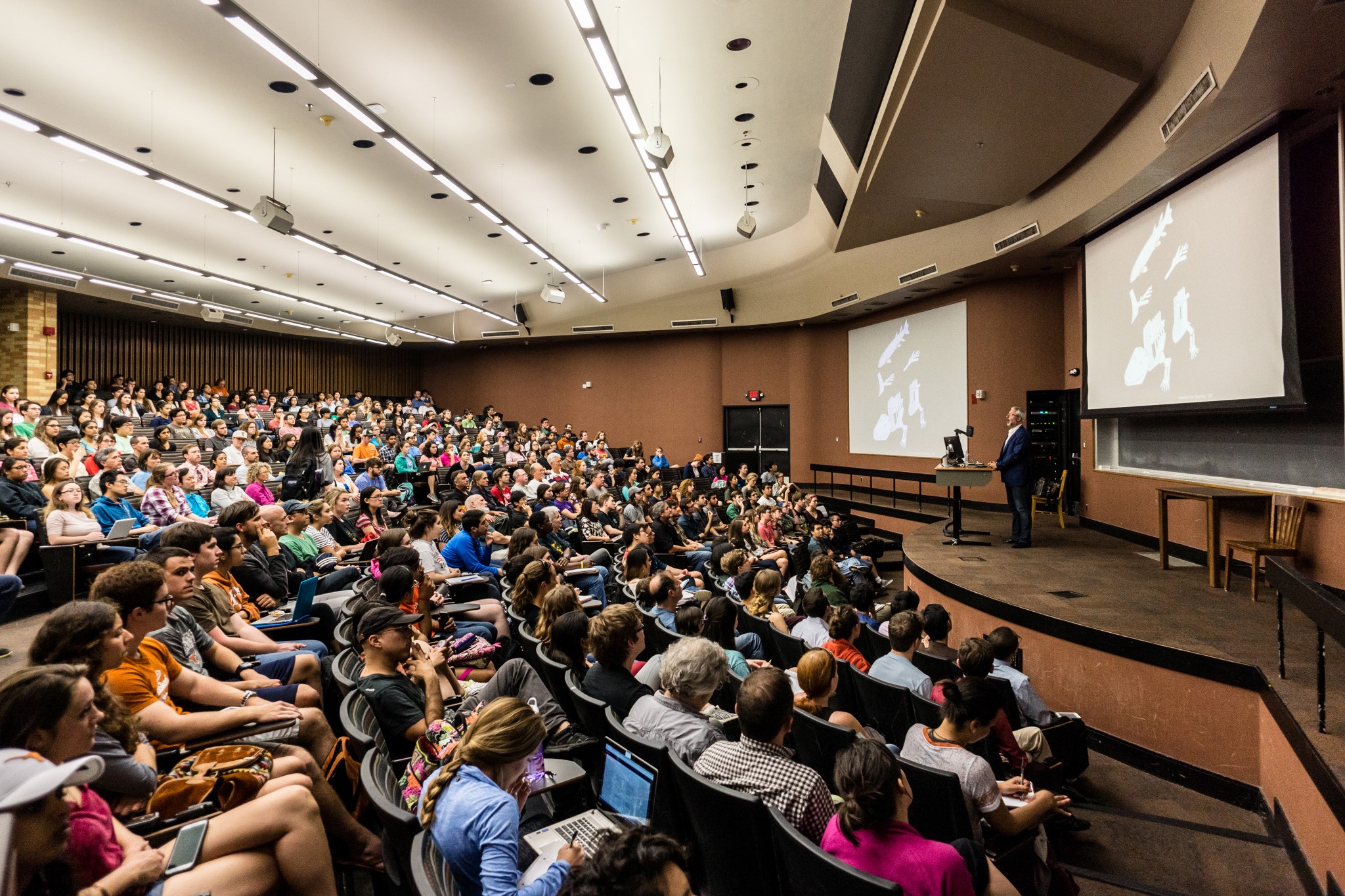 To what extent are conservative professors free to share their views publicly? To be honest, I don’t know. Of course, I’m well aware of high-profile cases of professors who were disciplined or even fired from their jobs for expressing conservative opinions (e.g., see here and here). But are these merely anecdotal cases, or do they speak to the presence of a “progressive monoculture” in which conservative professors are increasingly marginalized and pressured to self-censor?

Although I identify as neither liberal nor conservative, such questions as these are especially relevant for me, as I’m a professor who has reasoned his way to many conservative positions (and loves his job). I imagine that many conservatives would take issue with some of my foreign policy views, and I was also once derided as a “socialist parasite” after publicly calling for a more just economic system. I often tell students, half-facetiously, that I’m hated equally by hardliners on both ends of the spectrum.

Fortunately, I haven’t yet perceived a real threat to my academic freedom at my current institution. I’ve taught and befriended students of all races, creeds, classes, sexual orientations, and social and political persuasions, and most of these are well aware of my political beliefs. I treat them all equally, and will continue to do so because that is my moral (and not just professional) duty. Moreover, the older I get, the more easily I can say that the affection I feel towards these students approaches paternal love. Yes, sometimes that love isn’t reciprocated. Students will occasionally take to Rate My Professor and accuse me of such things as “speaking fast,” leading “random discussions,” “teaching outdated events,” and “not posting slides.” But no student, either on this platform or in my official teaching evaluations — which, fortunately, are quite strong, overall — has ever accused me of racism, sexism, homophobia, transphobia, or any other form of bigotry. (Please note, however, that in the event that my RMP page gets inundated with such accusations immediately following the publication of this essay, the least likely explanation is that I woke up one morning and decided to become a gay-bashing Nazi.)

I also don’t have run-ins with my very fair and supportive administration. Of course, there was that one time that I ran for president (a long and moderately embarrassing story). In this case, however, I was simply an idiot who neglected to read the faculty manual (which bars full-time faculty from running for federal office), not a professor who committed conservative “thought crimes.” I digress.

Despite the tolerance that I’ve enjoyed, I’ve never tested the limits of my academic freedom in the way I do below, where I lay out some of my most controversial beliefs — not all of which, needless to say, every conservative shares — in an explicit, creed-like fashion. Why have I chosen to do this? If my essay were to result in me being fired or disciplined in some other manner, then it would yield important evidence — although not necessarily proof that can be extrapolated to all institutions — that academic freedom is indeed under threat, in which case we must quickly work to restore it. If I remain unscathed, then perhaps other educators will be more emboldened to express themselves in a similar way.

Without further ado, here is my list of potentially career-destroying beliefs:

1. Objective truth and morality exist. I’m fond of recounting a private discussion with a former colleague who denied the reality of objective mathematical principles and logical rules. Although a self-described feminist, she was compelled to admit that her nihilist beliefs allowed for no standard by which she could declare that it’s always immoral to murder someone.

To express my conviction in the reality of objective morality another way — and as antiquated as this concept sounds these days — sin is real. As a side note, I’d also like to confess that I’m the worst of sinners.

2. We’re all of equal moral worth. This is true of whites and blacks, descendants of oppressors and the oppressed, men and women — in a word, this truism applies to members of all biological and socially constructed categories.

3. One should love all people, but not necessarily on leftist terms. Love for another doesn’t require approving everything he or she does, even if that person’s actions are believed to be prompted by inborn desires (you know where I’m going with this). The truth is, everyone agrees with me on this point, at least when it comes to specific acts of which he happens to disapprove. If believing an act to be morally wrong necessarily implies hatred for those who participate in it — whether or not they are genetically or biologically predisposed to doing so — then practically everyone hates everyone else. Discouraging friends from voting for Republicans could be deemed hate speech, given that recent research has suggested that even political inclinations have a genetic basis.

In my view, self-denial — and not agreement with leftist beliefs on issues involving sexuality, gender, and race — is a defining characteristic of true love; and the self-denial involved in the willingness to place one’s own social and professional life at risk to warn others about what he believes is wrong should never be overlooked by those tempted to condemn him.

4. Support for specific groups within the Black Lives Matter movement (which, it often seems to me, hates white police officers more than it values black lives, as the Ma’Khia Bryant incident would suggest) should not be used as a litmus test for whether I love African-Americans.

5. Not all religions are equal. Although there’s truth in all religious traditions, I believe that my religion possesses the fullness of the truth. This doesn’t mean that I fancy myself better than non-Christians any more than, say, preferring the Democratic Party’s platform over the GOP’s would necessarily imply that a Democrat believes that he’s superior to Republicans.

7. Sex and gender are essentially the same things. The latter is no mere social construct, but has a biological basis (as the term’s etymology reveals). Now, I wish neither to compromise my values nor offend or hurt people unnecessarily. Thus, when referring to those whose preferred gender pronouns don’t match their biological sex, my policy is to refrain from using any gender pronouns, even if I occasionally string together awkward sentences (but hopefully not as grotesque as “Heather submitted said Heather’s paper last night.”).

8. There are only two genders. Although a handful of cultures — e.g., the hijras of South Asia or certain American indigenous cultures — recognize additional genders, “most . . . currently construct their societies based on the understanding of the gender binary.” Rejecting the prevalent practice seems to me no less arbitrary than siding with the tiny minority of climate scientists who disagree that humans are causing global warming. (It may be relevant, moreover, that these exceptional cultures are foreign or subcultures. Therefore — to appeal to a concept that is in vogue today — it appears that we’d be guilty of “cultural appropriation” if we were to adopt a non-binary scheme.)

9. It isn’t good to be “sex positive,” to use the modern euphemism for sexually promiscuous. Rather, I hold the “old-fashioned view” that it’s both moral and practical to save oneself for marriage, which, among other things, reduces the probability of unwanted pregnancy and contracting sexually transmitted diseases. How medieval of me, right?

10. Abortion should be legally restricted. In my view, the meaning of “healthcare” shouldn’t be broadened to include the right to have one’s zygote, embryo, or fetus dismembered, poisoned, burnt, or destroyed through some other means.

11. We should return to patriarchal families. The marital union could be described as the smallest polity, and there’s as much of a need for leadership in it as there is in a larger one. I believe that the ideal is for men, specifically, to lead, although with humility and selfless love. Yes, men and women are of equal dignity, but this doesn’t necessarily mean that husband and wife are to be equal in authority. (Modern society, with its preoccupation with “empowerment,” tends to conflate the two, and this partially explains why patriarchy is increasingly shunned today.)

12. It’s okay to question whether Biden truly won the 2020 presidential election. Trust me — If I were a Trump supporter, I would admit it here. On the contrary, I was a Trump tolerator — I voted for him in 2020, gagging in the process. (I also once voted for Ralph Nader, so please don’t be too quick to label me.) Further, I don’t wish to invite the suspicion that I believe that the election was “stolen.” But I am deeply disturbed by the extreme intolerance — I’d go so far as to say persecution — of those who question the legitimacy of the last election, as many liberals did following Trump’s 2016 win.

13. It’s okay to question the public health orthodoxy. When discussing public health matters, I’m always careful to mention that I’m by no stretch of the imagination an expert, and I never fail to admit that my views could be wrong. But when asked, I don’t hesitate to offer my skeptical opinion on the effectiveness of face masks in preventing the transmission of Covid-19 (at least beyond the laboratory).

14. My speech is not an instrument of violence. Until I express my views in such a way that I’m engaging in or calling for “the use of physical force so as to injure, abuse, damage, or destroy” — or until Merriam-Webster succumbs to the pressure to alter its definition — you’d be objectively wrong to accuse me of violence.

Whatever happens to me as a result of this “test,” I hope that my essay will inspire other educators to at least consider making similar public professions. One way or another, we have to work towards re-normalizing views that were hardly controversial less than a generation ago. Yes, this process will likely involve some personal sacrifice. But if we truly believe that our ideas matter, then we have a moral duty to ensure that they can be freely expressed for generations to come.