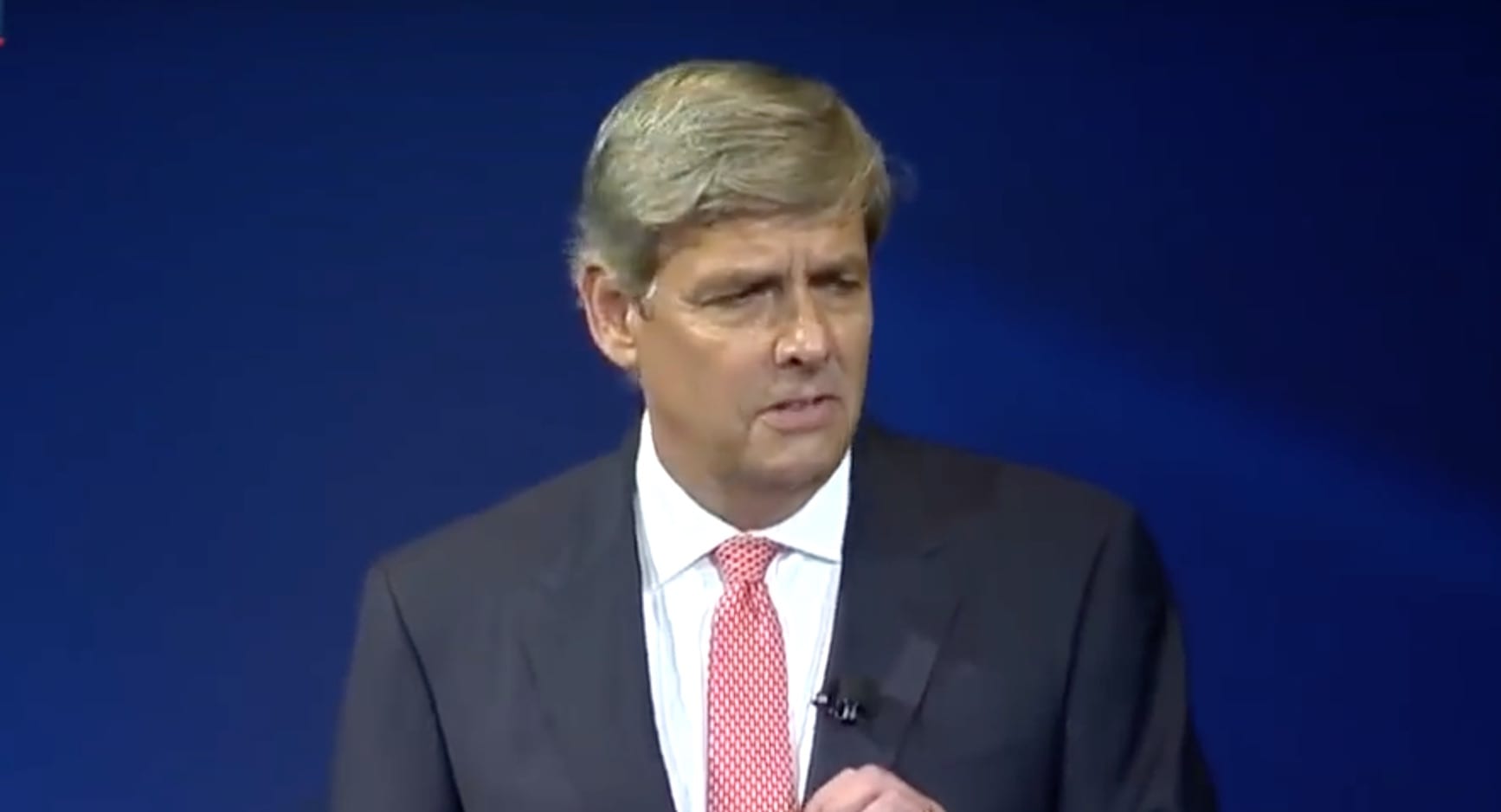 In a contest too close to call, Republican gubernatorial candidate Bob Stefanowski is running to slash Connecticut taxes and bring Trumponomics to the state. The nation is watching to see whether a fiscal reformer can sell Trump’s tax-cutting approach to voters who disdain Trump.

Critics call Stefanowski’s proposal to phase out the state income tax “hare-brained” and “laughable.” They’re wrong. Taxes are no laughing matter. Connecticut residents are crushed by the second-heaviest state and local tax burden in the nation. The state once had the nation’s fastest growing economy, until it imposed an income tax in 1991 and subsequently hiked it four times. Now Connecticut ranks dead last in income growth.

Businesses like Aetna, Alexion Pharmaceuticals, and General Electric have moved out and the value of homes — a family’s major investment — have plummeted. Down 24% in Fairfield County since 2007.

Stefanowski’s opponent, Democrat Ned Lamont, wants to change the topic to gun control, health insurance, and Trump’s personal style. But Stefanowski insists the race is a referendum on one issue — taxes.

If Stefanowski wins, it will be a revolution. Connecticut has supported Democratic presidential candidates for a quarter century, and gave Hillary Clinton a comfortable margin in 2016. But the state’s dire situation is making voters rethink their political allegiances, at least locally.

Two years ago, voters began electing more Republicans to the state legislature, giving them half the seats in the upper house and paring the Democratic majority in the lower house. Polls show there’s an even chance that on election day, tax-weary voters will turn the entire state government — both houses of the legislature and the governor’s seat — Republican. It’s their only hope to restore the value of their homes and bring back lost jobs.

On the other hand, a victory for Ned Lamont would mean four more years of decline, as more businesses pull out. At an October 10 policy dinner at the Belle Haven Club in Greenwich, Connecticut, a director of United Technologies, Harold McGraw, said the company is discussing leaving the state if Lamont is elected. That would put 18,000 jobs at risk. McGraw later downplayed the comment, but didn’t deny it. He said an official pronouncement “should definitely come from the company,” not him.

So will Stefanowski launch a Connecticut tax rebellion that can be duplicated in other blue states? It’s certainly time. Under the new federal tax rules, residents of tax-hell states like Connecticut and New York can no longer deduct most of their state and local levies, making the pain worse.

The election hinges on whether voters focus on their economic self-interest, or fall for Lamont’s efforts to tar Stefanowski as a Trump double.

Stefanowski himself draws a clear line: “On the social side, I’ve got three daughters, I don’t like the rhetoric, I don’t like the tone… but I’m not going to sit here and tell you his economic policy hasn’t worked because it has, and we could use some of that in Connecticut.”