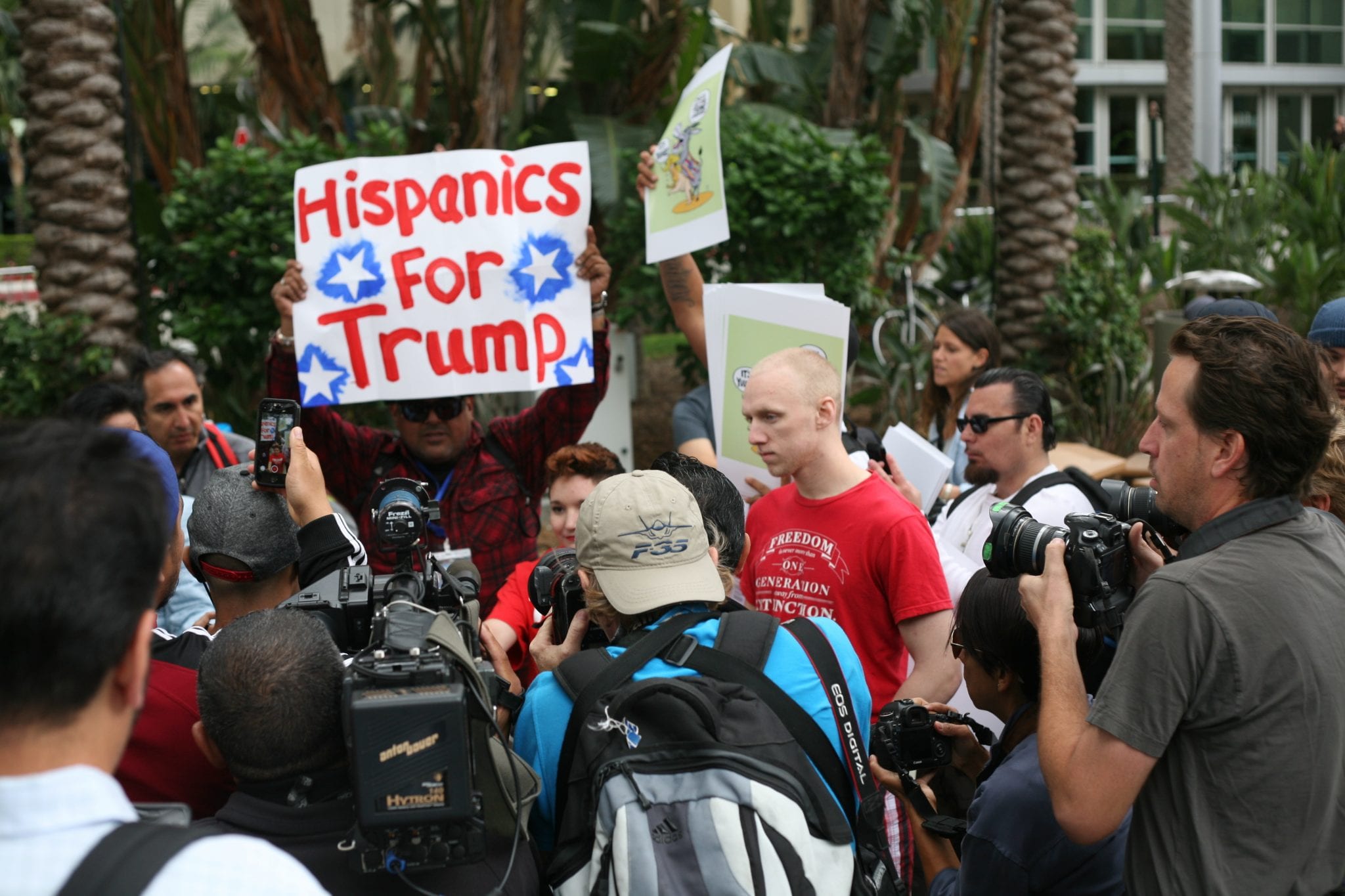 A mounting number of voter polls show that, despite shrill denunciations of the president by the Democrats for his alleged racism, Trump is enjoying a dramatic increase in his approval ratings among minorities. This isn’t, as some liberal news outlets and pundits have suggested, wishful thinking based on outlier polls. The trend began showing up in surveys early this year and appears to be gaining momentum. Some polls now show his approval numbers at 25 percent among African American voters and 50 percent among Hispanic voters. If those figures hold for the next 15 months, they will render Trump unbeatable in November of 2020.

If this claim seems over the top, it should be remembered that Trump beat Hillary Clinton in 2016 despite garnering only about 8 percent of the black vote and 29 percent of the Hispanic vote. Put another way, Clinton lost the election despite winning nearly 90 percent of the African American vote and two-thirds of the Hispanic vote. In other words, they simply can’t beat the president if he holds them to significantly lower percentages of these key voting blocs. The Democrats and their media enablers understand this, of course, which is why they have worked so diligently to discredit polls that confirm the president’s gains among minority voters.

This began in earnest when, in January of this year, Marist found that Trump’s approval rating among Hispanics had reached 50 percent. Then, in February, a Morning Consult poll showed Hispanic approval of the president at 42 percent. This was followed by a March poll from McLaughlin & Associates that found Hispanic approval for the president at 50 percent. All three polls were discounted as outliers by the media or simply ignored. This continued in June, after Harvard/Harris showed similar findings. Much the same strategy was still being pursued last week after Zogby Analytics discovered even worse news for the Democrats:

Race also played a factor in Trump’s job approval rating. Hispanics, this time around, were much more likely to approve of his job performance [49 percent], while the president also saw his numbers jump with African Americans. This was his second straight poll with over a quarter support from African Americans [28 percent]. If Trump wins half of Hispanics and a quarter of African Americans in 2020, Democrats will be in trouble!

This is the understatement of the decade if Zogby’s numbers about African American voters are accurate, particularly combined with gains the president has seen among Independents, older Generation X voters, and maturing Millennial voters. Is it really possible that Trump, who has so often been accused of racism by the Democrats and the media, is gaining traction with black voters? Zogby Analytics is by no means the only polling firm to find a shift toward Trump among the Democratic Party’s most loyal supporters. Rasmussen Reports, for example, found in an August survey that Trump’s approval among African Americans exceeded 30 percent:

Like most Republicans, Trump has struggled to attract black voters, but this week’s surveying for the Rasmussen Reports daily Presidential Tracking Poll has found a bump in black support for the president. It’s way too soon to say whether this is a temporary blip on the radar or whether Trump is on to something.

All of this raises the following question: Why would Hispanic and African American voters support the president if he is a rabid racist, red in tooth and claw? It may be that they have heard such accusations leveled at so many Republicans, without any evidence, that many are no longer listening. When Trump publicly asked why Rep. Elijah Cummings has failed to clean up his rat-infested Baltimore district, for example, the Democrats and the media denounced Trump as a racist. As Rasmussen points out, however, “Media interviews in Baltimore and elsewhere found black residents asking the same questions the president is asking.”

Likewise, it’s a major mistake for the Democrats to assume that a majority of Hispanic voters approve of illegal immigration. Like all legitimate members of the electorate, they are by definition American citizens — having been born here or become naturalized citizens according to the nation’s laws. They work, pay taxes, and are not overly fond of funding free health care for people who simply sneak across the border or refuse to leave when their temporary visas expire. It’s no coincidence that a majority of Hispanic voters favor adding a citizenship question to the 2020 census. As Andrew Sullivan, a legal immigrant and no Trump booster, writes:

The main reason for the surge in Trump’s Hispanic support, however, is the economy. As Steve Cortes, a member of the President’s Hispanic Advisory Council, points out:

Hispanics neither desire nor expect a laundry list of deliverables from government, but rather seek the conditions to advance and prosper independently.  As the most statistically entrepreneurial demographic in America, Hispanics have thrived amid the Trump boom as regulatory and tax relief unleashes a small business surge. Every American benefits from this new dynamism, but Hispanics most of all.

Hispanic voters, mind you, will be the largest ethnic minority in the electorate by 2020. They, combined with African Americans, may very well decide who will live in the White House after the next election. Moreover, the days when Democrats could win all of their votes by screeching “racism,” encouraging illegal immigration, and offering massive giveaway programs are probably over. President Trump appears to be building real support among minorities by providing genuine opportunity in a thriving economy. If he receives their support in anywhere near the percentages suggested above, he will win in 2020 no matter who runs against him.