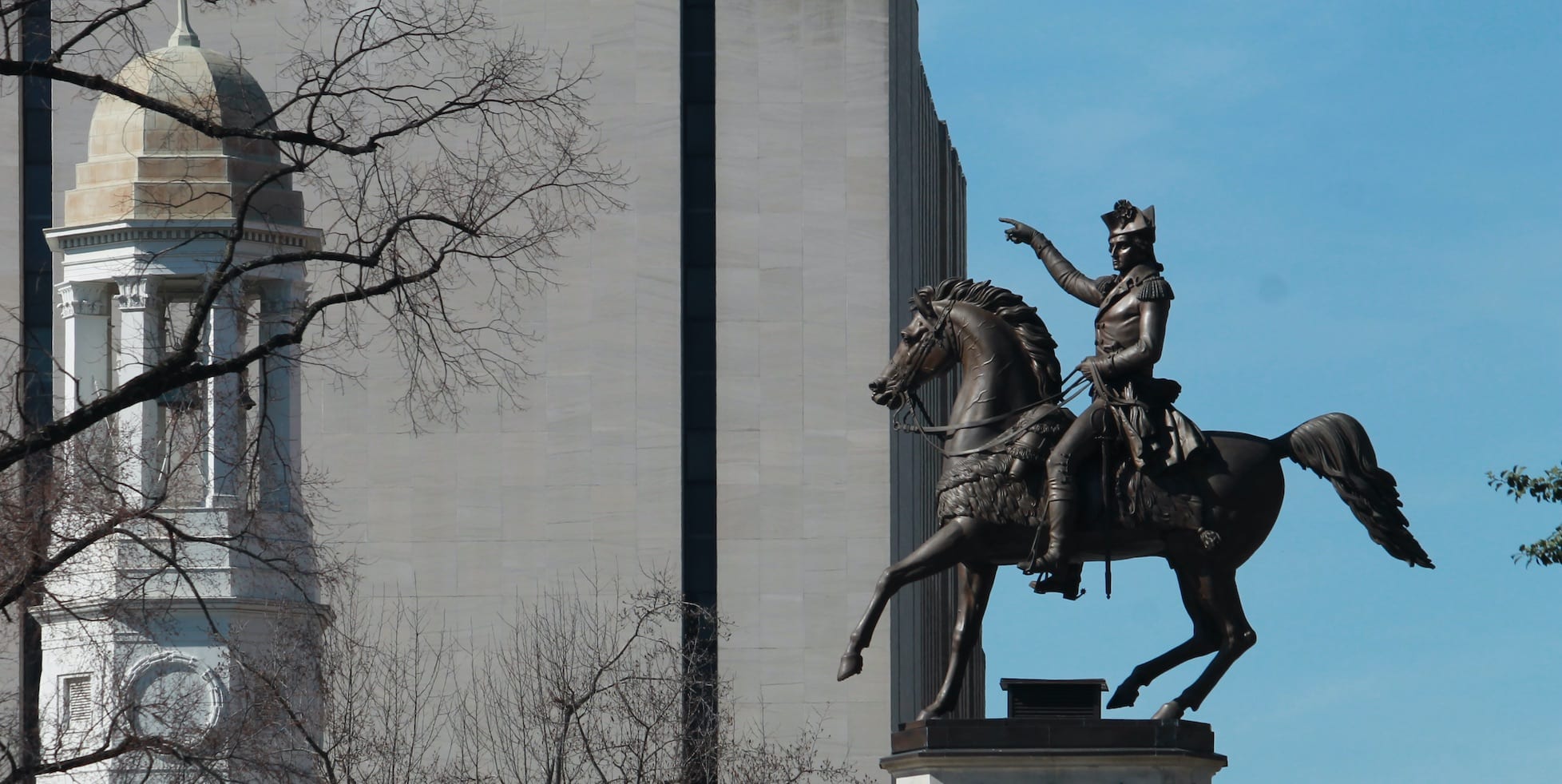 On Monday, tens of thousands of people will flock to Richmond to participate in “Lobby Day” to oppose the Democrats’ headlong assault against our Second Amendment rights. Gov. Ralph Northam and his anti-gun team are setting the stage to ensure that the gun grabbers get a big political boost from the demonstrations.

As I wrote this past Monday, the demonstrations are being organized by the NRA and the Virginia Civilian Defense League (VCDL). It’s an opportunity for Virginia’s citizens to appear in opposition to Northam’s proposed gun-control measures and visit the offices of state legislators to express their views.

On Wednesday, Northam issued an executive order declaring a state of emergency and banning — for the period the demonstrations will occur — all firearms and other weapons from the state capitol and the rest of the Capitol Square area where the pro-gun demonstrators will gather.

Northam’s declaration said it was issued due to potential unrest at the state capitol:

Credible intelligence gathered by Virginia’s law enforcement agencies indicates that tens of thousands of advocates plan to converge on Capitol Square for events culminating on January 20, 2020. Available information suggests that a substantial number of these demonstrators are expected to come from outside the Commonwealth, may be armed, and have as their purpose not peaceful assembly but violence, rioting, and insurrection.

We don’t know what “credible intelligence” Northam has. Maybe it only refers to non-Virginian professional counterprotesters such as Antifa or others who may try to disrupt the pro-Second Amendment demonstration. Or it may be based on what was said at meetings in towns, cities, and counties that have declared themselves “Second Amendment sanctuaries.” Or perhaps it’s a combination of both.

Think about the political equation. As I wrote in December, lobbying the Richmond Democrats is very unlikely to change any of their votes. The Democrats — possibly excepting some of them who represent the most vocal Second Amendment cities, towns, and counties — will, as usual, march in lockstep and vote to pass the legislation.

If that happens, Northam will claim to have defeated the “gun lobby” on its own ground.

The alternative is that some of those planning to demonstrate peacefully will, despite the warnings, bring guns to the demonstration.

Some will believe that — with a proper concealed-carry permit or openly carrying guns with or without a permit — that the governor can’t summarily deny their right to keep and bear arms even in a demonstration. But he can, and he has.

Those tempted to bring guns or other weapons to the demonstration should remember that Northam’s declaration mentions the violence that broke out in Charlottesville during an August 2018 demonstration that resulted in one death. The crash of a police helicopter took two more lives.

The events that occurred in Charlottesville, Virginia demonstrated what can happen when peaceful demonstrations are hijacked by those who come into the Commonwealth and do not value the importance of peaceful assembly.

At that demonstration, called by a “Unite the Right” group that has been called “white nationalist,” thugs from Antifa — violent left-wing punks — got into fights with the “Unite” crowd. Police and several demonstrators were hurt, and one woman died from injuries sustained when a “Unite” supporter rammed his car into the crowd. Two state policemen observing the protests died in a helicopter crash.

Northam’s invocation of the Charlottesville incident isn’t an invitation to Antifa to attack the Monday crowd, but it may as well be. As I wrote on Monday, the long preparations for Monday’s demonstration gave plenty of notice for Antifa or similar groups to try to attack the otherwise-peaceful Second Amendment demonstrators.

All one of the Antifa thugs needs to do is to fire a shot, drop the weapon, and disappear into the crowd.

If that happens, and gunshots are exchanged, Northam will wave the bloody shirt and blame NRA and VCDL for the violence regardless of who started the fight. The liberal media will go on a journalistic rampage against the Second Amendment.

Several things can be done to prevent that.

First, Virginia has a longstanding law prohibiting people from wearing masks at public demonstrations. It’s a class 6 felony to do so. The Antifa thugs and their ilk always mask themselves. It will be up to the police to stop them and enforce the law. The pro–Second Amendment demonstrators can point to the masked demonstrators and shout for the police to arrest them.

Second, it would be enormously foolish for any Second Amendment supporter to bring a gun to the demonstration. Thanks to Northam’s emergency declaration, the grounds of the state capitol aren’t your home, business, or the streets of the Commonwealth, where you can legally carry a firearm openly or concealed if you have a concealed-carry permit. Don’t play into Northam’s hands. Leave your guns at home.

Third, if you are arrested, don’t, in any circumstance, resist arrest. Monday is Martin Luther King Jr.’s birthday observance. Take a lesson from him and the civil rights movement. If you’re arrested, lie limply on the ground and let the cops carry you off. Northam and the Richmond Democrats don’t want that in the newspapers on Tuesday. By doing that, you can help turn the political tables on Northam.

Northam, like all Virginia governors, is limited to one term in office. And, like many of his predecessors, he is thinking about higher office, perhaps even the presidency. A peaceful demonstration will damage his political prospects.

Please remember this: violent demonstrations — even those intended to be peaceful that turn violent — don’t help the cause of protecting our Second Amendment rights.