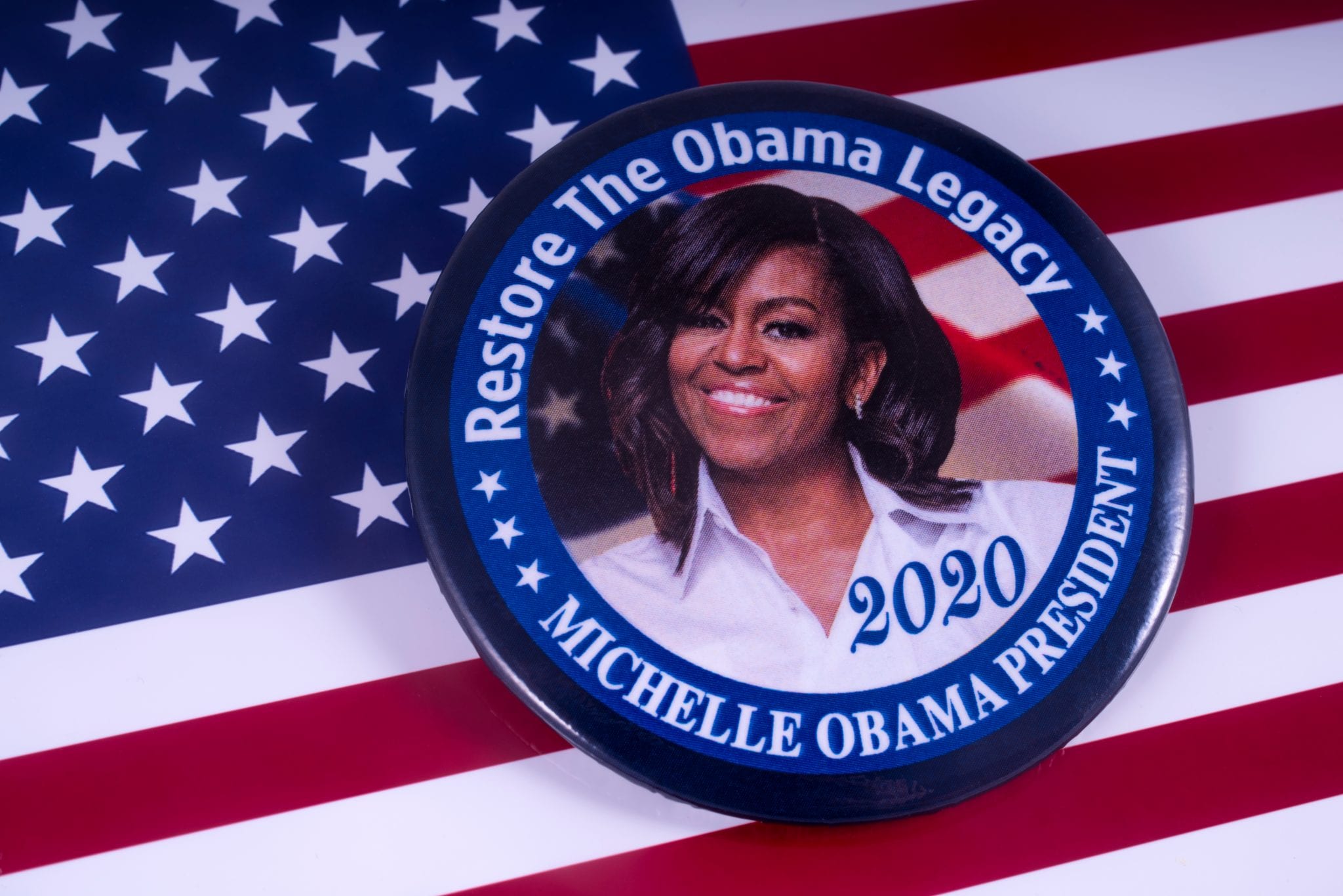 The Democrats are clearly losing confidence that their declared presidential candidates can beat President Trump in 2020. They tout polls showing that any of their top four candidates would win the general election were it held now, but only the most naïve take such hypothetical matchups seriously. Moreover, they can see that their leading candidate is so fuddled that he frequently forgets his talking points and even where he is on a given day, while his competitors are so far left of the mainstream that Trump would trounce them. This is why so many on the left have turned their desperate eyes to Michelle Obama.

Over the weekend, Steve Lopez wrote a column in the Los Angeles Times titled, “Michelle Obama for president. The only one who can beat Trump?” Lopez suggests that many Democratic voters whose support for people like Joe Biden and Bernie Sanders is decidedly tepid might be far more motivated if Mrs. Obama would run. In early August, Michael Moore declared, “There is one person that would crush Trump and she hasn’t announced yet and her last name rhymes with Obama.” But the porcine provocateur almost certainly overestimates the former first lady’s prospects. Trump would probably defeat her.

There is a reason why, to further paraphrase Simon & Garfunkel, she has left and gone away. Michelle Obama may look around and see sympathetic eyes, but she learned something from the Clinton debacle that people like Lopez and Moore failed to grasp. Part of the reason she’s relatively popular is that she has betrayed no interest in climbing the greasy pole to public office. In the past, when she has insinuated herself into day-to-day politics, it hasn’t gone particularly well. Many voters still remember divisive comments like the following: “For the first time in my adult lifetime, I’m really proud of my country.”

When she made that bitter remark, she and her husband had already achieved breathtaking success. Should Mrs. Obama run for president, Donald Trump won’t hesitate to remind the voters that she still views the U.S. as a nation of racists, even after its voters ignored her husband’s color and elected him to its highest office. Trump would have plenty of ammunition, including one of the strangest interviews ever given by a president and first lady. In December of 2014, they sat down with Sandra Sobieraj Westfall for a People interview during which Mrs. Obama described herself as a victim of racism:

I tell this story — I mean, even as the first lady — during that wonderfully publicized trip I took to Target, not highly disguised, the only person who came up to me in the store was a woman who asked me to help her take something off a shelf. Because she didn’t see me as the first lady, she saw me as someone who could help her. Those kinds of things happen in life. So it isn’t anything new.

She is so solipsistic and splenetic that she reflexively assumed the request was an example of racism. Michelle Obama is nearly 6 feet tall. A much less paranoid explanation is that “the woman in the case” was unable to reach a high shelf. Would such a trivial event still be on the mind of any normal person years later? Michelle Obama carries around a large chip on her shoulder. During the interview she said, “I think people forget that we’ve lived in the White House for six years. Before that, Barack Obama was a black man that lived on the South Side of Chicago, who had his share of trouble catching cabs.”

This is hardly the upbeat, hopeful tone that characterized her husband’s first campaign. Another point Trump is likely to raise about a potential Michelle Obama presidency is what could be called “the Lurleen factor.” If you are now frowning at the screen, here’s the story: In 1966 Alabama governor George Wallace was unable to succeed himself pursuant to a provision of the state constitution. Wallace arranged to have his wife, Lurleen, run for the office, and she won. Because Wallace made the decisions during his wife’s administration, he successfully circumvented a pesky constitutional provision.

President Trump and his campaign team can make a credible case that electing Michelle Obama to the presidency would likewise circumvent the 22nd Amendment of the U.S. Constitution by effectively re-electing Barack Obama to a third term. If Michelle Obama does run, Trump will inevitably ask the voters if they want to go back to the “new normal.” This question will be raised just as the results of the investigations into Obama administration skullduggery involving Russiagate are coming out. These probes will likely reveal facts that will render the voters less than anxious to see the Obamas return.

Mrs. Obama claims “there’s zero chance” that she will run. She clearly believes there is life after the White House, and has definite plans to “make a difference” in the future. Nonetheless, she insists that “sitting behind the desk in the Oval Office will never be one of them.” That sounds sensible, but there will continue to be calls for her to bail out the Democrats and save the country from President Trump. When the pressure mounts for her to run, she will take a look at the last candidate who was a sure bet to beat him — Hillary Clinton. Michelle Obama has a good life. It’s not likely that she wants to end up like that.