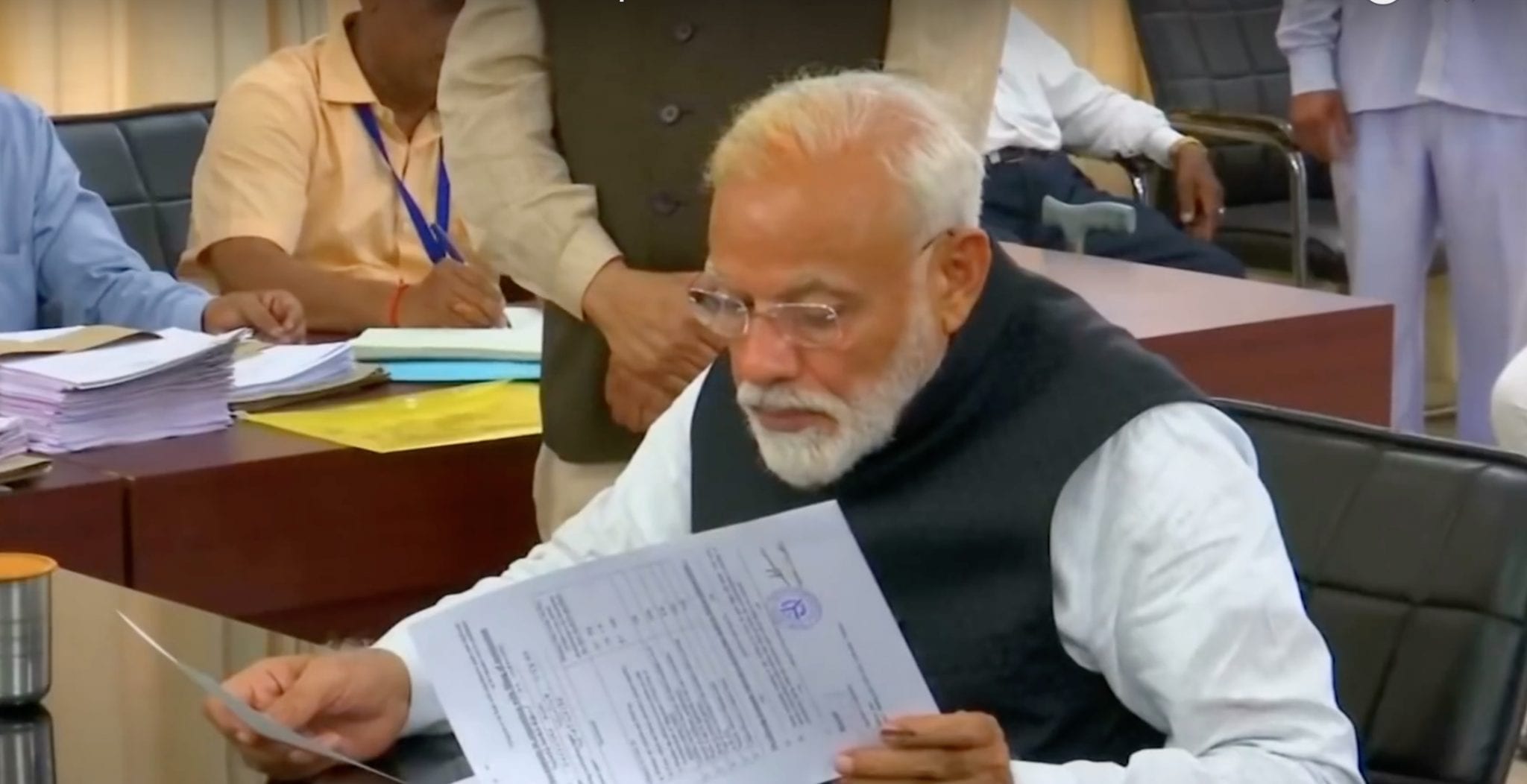 The Prime Minister of India, Narendra Modi has done it again. In the results of the general election announced Thursday, and as he did five years ago, Modi has achieved another absolute majority for his party, the Bharatiya Janata Party (BJP) — winning over 300 seats in the Lok Sabha, the lower house of parliament. The United Progressive Alliance, a coalition dominated by the Indian National Congress, polled only 52 seats in a stunning repudiation of a party that has dominated much of Indian politics since partition and independence in 1947.

Once again, Modi has confounded the pundits, whose established wisdom was that he would struggle to maintain clear leadership and would likely need to form a coalition to govern. They perceived increasing unpopularity due to the Goods and Services tax imposed in July of 2017, which was a burden for small companies and caused much confusion. Further, they cited the demonetization of 86% of the currency in circulation in November of 2016, instituted to address so-called black money, which caused panic and chaos. Depressed farm income and weak job creation in the manufacturing sector were also viewed as negatives for Modi’s reelection prospects. Moreover, among the intelligentsia and media was the widespread view that the secular stature of India, as affirmed in the Preamble of its Constitution adopted in 1949, was being challenged by the BJP — dubbed in the Indian press as the Saffron Party. The color saffron is known to represent renunciation and abstinence in Hinduism, and it symbolically appears in the Indian tricolor. So why did Modi achieve another landslide victory in spite of conventional wisdom?

First, Modi has proven himself to be a master of branding, with much attention to a meticulous, manicured, and well-tailored self-image. Presenting himself as an anti-elitist with humble origins as a chaiwalla or tea seller, Modi has taken on decades of entrenched protocol and bureaucracy. Observers might even say that in terms of optics for some of the general public, Modi is India and India is Modi. Modi has adroitly leveraged the color saffron in public forums. Near the end of the election process, he retreated to Kedarnath in the Himalayas, known for a temple dedicated to Lord Shiva of the Hindu trinity — where he meditated in a saffron shawl for 17 hours. Symbolically, Modi’s seat is the holy city of Hinduism, Varanasi, known for its Kashi Vishwanath Temple on the banks of the Ganges River also dedicated to Lord Shiva.

Second, much of the electorate seems skeptical of the Nehru Gandhi dynasty, which has ruled India for many years since 1947. Modi’s main challenger Rahul Gandhi, great grandson of Jawaharlal Nehru, India’s first prime minister, and grandson of Indira Gandhi, represented values of the Congress Party, likely perceived as legacy. Those values sustained India for many years after independence: democratic socialism, secularism and inclusivity, government control of the economy, social justice, and suspicion of private enterprise. Indeed, it has been said that Nehru was like a huge banyan tree, under which there was shade and protection — but where nothing could grow. Having witnessed the fruits of economic deregulation since the early 1990s, the predominantly Hindu middle class has now affirmed the benefits of free markets: consumerism, capital formation, and competition.

Third, Modi has presented himself as a protector of India against its adversaries. In mid-2017, the Indian Army and Chinese People’s Liberation Army stood face to face high in the Dongkya Range at Doklam, an area disputed by China and Bhutan, an ally of India. Indian troops moved in to block construction of a road by the Chinese in support of Bhutan, in a dramatic standoff. More recently, in February the Indian Air Force retaliated against targets in Pakistan for a terrorist attack in Pulwama, Kashmir. This was in response to suicide bomber that killed about 40 Indian security personnel. Jaish-e-Mohammed, a Sunni radical organization seeking to evict India from Kashmir, announced its responsibility for the attack. In both these incidents, India projected an aggressive military posture to defend its interests.

Successful branding, the sun setting on a political dynasty, and Indian nationalism were decisive forces behind Modi’s victory. Already a strong figure in India, Modi has emerged even stronger with his back-to-back election majorities. In terms of geopolitics, India is pro-American and should continue to be a valued U.S. partner to offset China, counter Islamist extremism, and promote trade and direct investment.