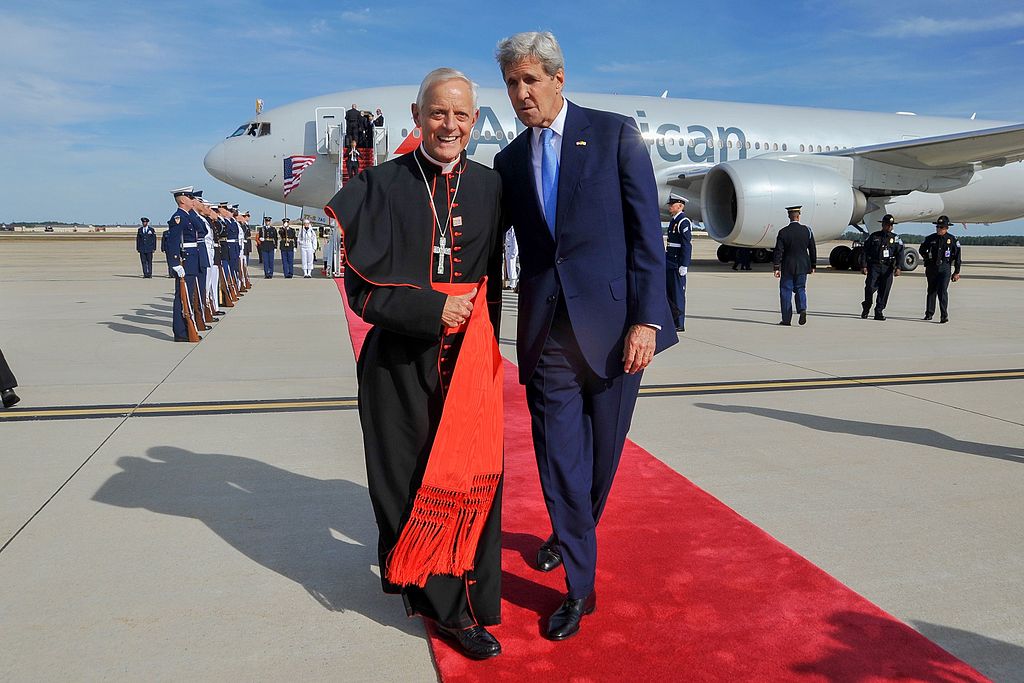 I learned from a chancery-connected source last week that Washington, D.C. Cardinal Donald Wuerl, choking on his rage at my reporting of his misdeeds, ordered security staff at the Basilica of the National Shrine of the Immaculate Conception, the crown jewel of his archdiocese, to call the police immediately whenever its officials saw me upon its premises. I got my hands on Wuerl’s Most Wanted List at the Basilica and my photo figures prominently on it. (Click here.)

The “confidential” document addressed to the Security Office under the subject “Current Photos of Barred Individuals” states: “If any of these people are spotted at the Basilica a Security supervisor should be alerted and the police contacted immediately.”

Welcome to Donald Wuerl’s archdiocese of “pastoral accompaniment.” Wuerl insists that his pastors “meet people where they are.” In my case, his pastors stand ready to accompany me into the arms of police officers.

This, of course, is precisely the clericalism the current pope claims to deplore. Remind me again, Cardinal Wuerl, where in the Code of Canon Law it states an archbishop has the right to toss a Catholic from Mass just because he practices conventional investigative journalism.

But let’s get to the specific reason why Wuerl would resort to such crass clericalism: I am gradually smoking out his corruption, breaking a series of stories that have caused his face to turn as red as his robes.

Those stories include: that he lives in a palatial, multi-million-dollar penthouse on Embassy Row; that he employed a “personal chef” who would spend twelve hours a day at his opulent pad (according to an informed source in the neighborhood) and park his flashy White Mercedes not in the employee parking lot but in the cardinal’s personal garage (the archdiocese declined to state his employment status to me; I was told he mysteriously disappeared after my reporting on his putative culinary services for the razor-thin Wuerl); that Wuerl is sheltering his child rapist-predecessor, Theodore McCarrick, at a $2.3 million, archdiocesan-owned mansion on the edge of American University Law School, just blocks from a children’s academy (McCarrick’s assigned babysitter is Mario Dorisonville, one of Wuerl’s auxiliary bishops); that Wuerl is using tens of thousands of dollars of the faithful’s money to provide McCarrick with 24/7 protection; that Wuerl has hired Barack Obama’s disgraced director of the Secret Service, Mark Sullivan, to oversee his security; that Wuerl, according to a chancery-connected source, is furtively building a costly retirement pad for himself at John Paul II Seminary (Wuerl was so upset about this disclosure that he had three police cars and a security goon search for me on the seminary grounds one night, according to a well-placed source).

But perhaps the story I broke about which he feels the most sensitive regards his protection of a priest I will call Fr. Hot Tub: Emmanuel Betasso, a Discalced Carmelite holding retreats and providing “spiritual” counseling in Wuerl’s archdiocese who was arrested in 2011 for groping an 18-year-old male in Wisconsin. The priest and the teen had been hanging out, nude, in a hot tub at a country club in Milwaukee County, Wisconsin. Betasso explained to the police that his ass-grabbing of the teen was merely a “cheap thrill.” Betasso lucked out and the teen asked the police to drop the charges.

That ended Betasso’s ecclesiastical rise in Dairyland. He got sacked from a pastorship in Wisconsin and moved East, turning up in Wuerl’s backyard. His presence soon generated complaints from D.C. Catholics, according to a chancery-connected source — complaints that landed on the desk of one of Wuerl’s closest aides. I will reveal his name later.

Wuerl ignored the complaints about Betasso, even as he presented himself to the press as an exceedingly conscientious “zero tolerance” champion. Hiding behind lying legalisms, Wuerl told his aides that the hot-tubbing Discalced Carmelite was simply not his problem.

Not that Wuerl isn’t capable of booting non-archdiocesan priests from his fiefdom. Recall his banishing treatment of Fr. Marcel Guarnizo, who committed the high crime in Wuerl’s eyes of withholding Communion from a self-described Buddhist lesbian activist who had confronted Guarnizo in his sacristy prior to Mass.

While Wuerl had no time for complaints about Fr. Hot Tub, he did pay keen attention to the calls of the LGBT community that Guarnizo (a priest from the Moscow archdiocese) be deprived of his priestly faculties while visiting friends in the Washington, D.C. area. Wuerl promptly submitted to this demand and vaporized Guarnizo’s faculties.

Consistency isn’t exactly Wuerl’s strong suit. To take just one example, he somehow can find the number for the police in my case but not in the case of a monstrous molester who preceded him. He never once called the police on Molesting McCarrick. But by my count, he has called the police on me, for the high crime of investigative journalism, at least three times and has now instructed security at the Basilica to keep the police on speed-dial in the event that I darken his Communion line. Gosh, Cardinal Wuerl, I feel less welcome at the Basilica than Nancy Pelosi!