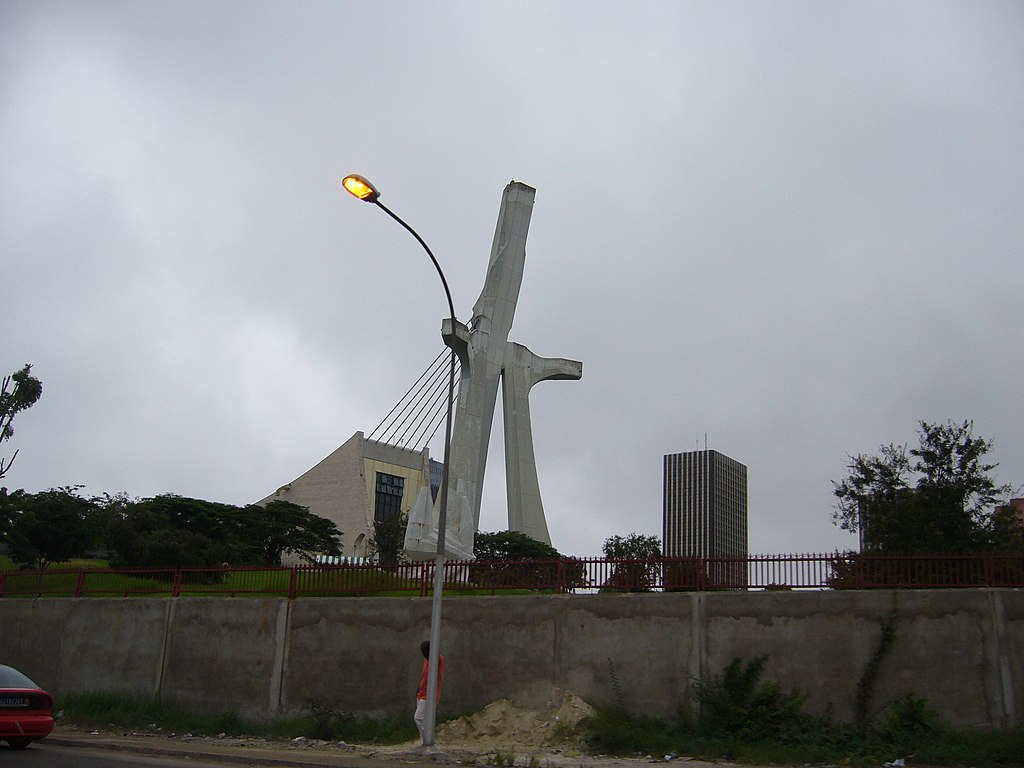 Last Friday night, I attended as a journalist an all-night evangelical prayer service in Abidjan, Côte d’Ivoire. The event lasted from 10 p.m. on Friday night and ended at 5 a.m. on Saturday morning. Attending the event proved very useful to my study of religions in Côte d’Ivoire. It illustrated for me that evangelicals are flourishing in large part because they cleave to a traditional, Biblical Christian spirituality that the Catholic Church under Pope Francis has abandoned. To put it as simply as possible, the evangelicals are more Catholic than the Catholics.

Whatever you want to say about the theology of evangelicalism, it is not rooted in the Christ-denying humanism of woke theologians under Bergoglio.

The fervor I saw on display at it was staggering. Unlike equivocating Catholic bishops, whose lackluster liturgies define the archdiocese of Abidjan, there is no question that the evangelicals believe passionately in the divinity of Jesus Christ. To them, he is exactly what the Nicene Creed says: God from God, light from light, true God from true God.

As FrancisChurch grows more secularized and confused, the evangelicals deepen their faith in Jesus Christ through hours of singing, prayer, and dancing. I normally don’t like noisy prayer services, but I could tolerate this one in part because the performances were so good. The quality of the singing was consistently high. Say what you want about this colorful form of worship, it clearly comes from a place of selfless worship, not tedious self-indulgence. The post–Vatican II Church is notorious for its hideously lame singing and dancing that flow from a diminution of belief in Catholic orthodoxy.

Two weeks ago, I went to Mass at St. Paul’s Cathedral in downtown Abidjan — a “futurist” and “humanist” church St. Paul, who preached Jesus Christ crucified, would have been the first to deplore. The church is almost a parody of anti-Catholic Masonic architecture, and it turns out the Italian architect, Aldo Spirito, belongs to a Rotarian group in Rome, which is an offshoot of Freemasonry. His church features an enormous shapeless statue that he calls “African Man.” In other words, the church honors man more than God and leaves most authentic seekers of the triune God cold. The church can hold 5,000 Catholics, but most of its Masses are poorly attended. At the Sunday Mass to which I went, I saw maybe 700 Catholics tops. I had to laugh at the defective air conditioning during the Mass in a structure that cost untold millions. Is that the cathedral’s way of meeting the “Laudato Si” global warming goals of Pope Francis?

One wonders who put up the money for the vast church. Did the Freemasons contribute to it? Freemasonry has bedeviled the Catholic Church on the Ivory Coast for decades. The French secularists brought the godless heresy to the country in 1930, establishing a lodge in Abidjan. For decades, the Catholic bishops tolerated “dual membership” among “Catholic Freemasons.” Only within the last decades have they spoken against Freemasonry, and that it is due to the bad PR it has caused the Church: it emerged that a prominent lodge master received Communion for years with the knowledge of Ivory Coast’s hierarchy. After that came out, the bishops had no choice but to deny the man a public funeral.

As Freemasons got stronger and stronger in the country, they were condemned not by the Catholics but by Protestants in general and Pentecostal preachers in particular. Whatever you want to say about the theology of evangelicalism, it is not rooted in the Christ-denying humanism of woke theologians under Bergoglio. Those theologians are peddling what St. Paul would have called a Christianity without Christ.

It turns out I stayed for almost all of the spirited event and even spoke at it. A pastor asked me to make a few remarks. I highlighted the importance of all Christians responding to Jesus Christ’s call that the Gospel be spread to all the “ends of the earth.” Jesus Christ didn’t say some of them. He said all of them, including Muslim ones, of which the Ivory Coast is increasingly an obvious example of ascendant Islam. The crowd responded to my remarks warmly and the kindly pastor reaffirmed them after I sat down. He said that love of our Muslim brothers and sisters should lead us to present the Gospel to them, not because we hate them, but because we love them and want them to enjoy eternal salvation and complete joy in Jesus Christ.

In truth, loud church events usually annoy me. But this one passed quickly and provided me with a clear picture of why evangelicals and other Protestants, which have eclipsed the Church in numbers, are eating the Catholic Church’s lunch in the country. As Jesus Christ told the first bishops, human beings want bread, not stones. The evangelicals are offering that substance based on the Nicene Creed to them, at the very moment most of the bishops reveal doubts about it. Of the 17 percent of Catholics in the country, very few practice the faith consistently, whereas the evangelicals devote their Sundays and even astonishingly long Friday services to glorifying the Son of God.