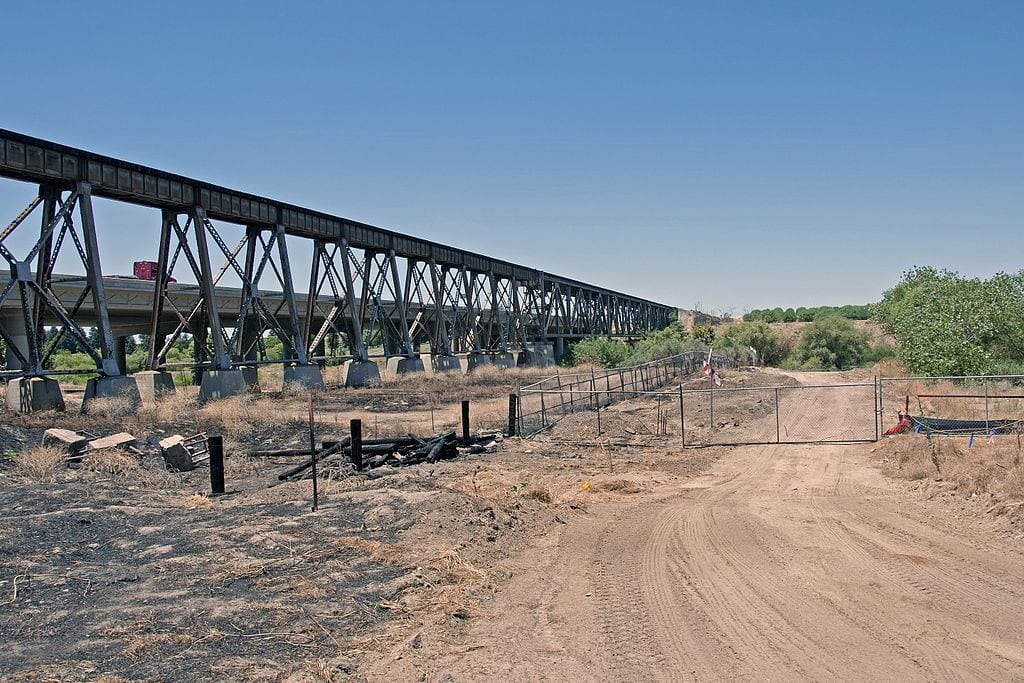 Many Californians have this weird notion that the rest of the country is like some kind of Third World backwater, yet those of us who travel around the country are always struck by the alternate reality. You can drive through Texas, Colorado, South Dakota, and elsewhere and find beautifully maintained freeways and bridges. Congestion isn’t solely a California problem, of course, but our road system is pothole-filled and decrepit. The roads are overburdened. Traffic congestion is not just a way of life here, but a daily trial, especially in the bigger metropolitan areas.

It recently took 4 ½ hours to make the 120-mile mid-day, non-rush-hour journey from San Francisco to my home in the Sacramento Valley. Grueling doesn’t began to describe the journey. Yet we endure the highest tax burdens in the country. It’s not that Californians don’t pay enough taxes, but our per-mile road-building costs are 2 ½ times higher than the national average. I blame a lack of outsourcing, a wasteful California Department of Transportation, massive pay and benefit packages for public employees, and a striking level of bureaucratic ineptitude.

And then there are priorities. The planners want us to rely on rail, buses, and bikes rather than roads. California remains a largely suburban state, yet our government prefers to divert its resources to social engineering rather than transportation engineering. The goal appears to remake the nature of our cities rather than build the transportation systems that most of us actually rely upon to get around.

The state’s $132-billion general-fund budget has a modest surplus, which is a nice change from the days of $27 billion deficits. But spending in the past eight years of Jerry Brown’s governorship has soared 53 percent even as population has grown by only 5 percent. Brown, by the way, is considered a fiscal conservative and the last adult left in Sacramento. His signature policy was a 2012 income-tax increase that was supposed to be temporary but will never go away. And, again, last year he pushed through higher gas taxes and vehicle-license fees to provide $52 billion (over 10 years) in much-needed infrastructure improvements.

Every year, the governor and Democratic lawmakers basically hold transportation funding hostage. It’s the main thing that California taxpayers want, but it usually manages to be the last priority in the Legislature. Lawmakers like to spend those additional billions mostly on new social programs. And then, voila, there’s no money to step up transportation funding, so they have no other choice but to raise gas taxes in a state where gas prices — thanks also to a special “only in California” formulation — are nearly as high as those in highest-priced Hawaii.

That takes us to the November election, where conservative activists and Republican officials are backing a repeal of that recent gas-tax hike, via Proposition 6. Supporters are making the obvious cost-of-living argument. As Jon Coupal, president of the Howard Jarvis Taxpayers Association, pointed out in a recent column, a new analysis from the California Policy Center shows that “the gas tax and car tax hikes will impose on an average two-car family at least $1,500 in taxes a year. When adjusting for the ‘average’ tax rate, a two-car ‘average’ family must earn almost $2,000 in pre-tax earnings just to pay their California car and gas taxes.” That’s a big financial hit and a regressive tax, which explains why repeal seems popular even among many of the state’s Democratic voters.

In the run up to the election, state road officials are busy making badly needed road repairs, and plastering signs near the road work singing the praises of the Senate Bill 1 gas-tax hike. The state has failed to upgrade the state’s road infrastructure, they spend record budgets on other things, then they raise taxes and remind commuters of the role such taxes have played in fixing things. They’ve given us an ultimatum: Pay more — lots more — or those hellish commutes will get even worse. Those potholes will get bigger. Your misery will increase. The whole gas-tax approach is beyond cynical.

Yet, to supporters of higher gas taxes, we — supporters of the tax repeal — are the true cynics. “Proposition 6 is a cynical political ploy that will starve California’s already-crumbling transportation networks, and it may not save drivers any money,” according to a recent San Francisco Chronicle editorial. The Chronicle’s main gripe is that “the state’s Republican delegation smelled opportunity.” First, they targeted a freshman Orange County senator for a recall. Josh Newman was booted from office after casting a deciding vote in favor of the tax hike. And now the Chronicle argues that Proposition 6 is merely a means to gin up GOP voter turnout in November.

But the bulk of the activity on behalf of the repeal has come from grassroots activists rather than party leaders. Repeal might possibly help the GOP, but the congressional races are shaping up more as a referendum on Donald Trump, than anything going on in the state. Even some Democratic candidates are backing repeal. The repeal movement is exactly what it claims to be: People who are upset at the state’s misbegotten spending priorities, its constant reliance on higher taxes, and its inability to maintain a decent transportation system.

Carl DeMaio, the former San Diego councilman and talk-show host who is leading the Proposition 6 effort, announced this week that his group is next week filing an initiative for the 2020 ballot that, as the Los Angeles Times reported, would “direct the governor to stop construction of a high-speed rail system in California, and require any unspent funds not needed for repaying rail bonds to instead go to other transportation work.”

That sensible idea highlights the fundamental problem that’s at the root of voter disgust. California officials are spending as much as $100 billion to build an unnecessary bullet train that’s already plagued by cost overruns, even as they neglect the inadequate road and freeway system. As I’ve mentioned many times, we already have the equivalent of a “bullet train” that connects the Bay Area with Los Angeles. It does so in far less time and cost than what’s projected for the one now being constructed. It’s called Southwest Airlines. But Brown sees the bullet train as a means to battle global warming and reduce our reliance on cars.

There is a dilemma. If voters rebuke lawmakers and pass Proposition 6, then the state is likely to pull back on the construction projects it is now funding — even though there’s enough money in the existing budget and especially if the plug finally is pulled on the high-speed rail boondoggle. But enough is enough. Let’s at least remember who the real cynics are here. Hint: It’s not an electorate that’s trying to force its leaders to govern more responsibly.

Steven Greenhut
Follow Their Stories:
View More
Steven Greenhut is a senior fellow and Western region director for the R Street Institute. Write to him at sgreenhut@rstreet.org. His political views are his own.
Most Popular
1
Dismal Science
The Biden Administration: Sophistry in Motion
by Frank Schell