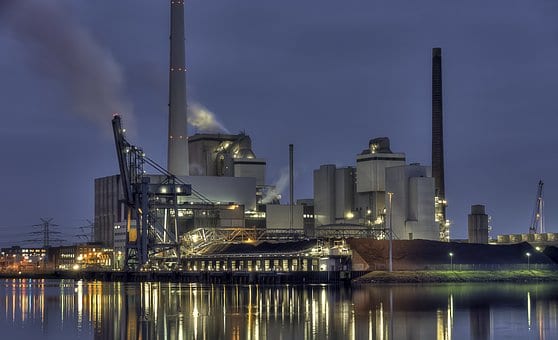 In a major win for American industry, jobs, and our national economy, the Trump White House recently announced that it is modifying a 2007 biofuels-mixing requirement to allow exported fuels to count towards the mandate’s RINs requirements.

The compromise was the result of lengthy negotiations between President Trump and Senators Ted Cruz, Charles Grassley, Joni Ernst, and Pat Toomey, as well as Secretary of Agriculture Sonny Perdue and EPA Administrator Scott Pruitt.

As a result, projections have shown that the expanded mandate sufficiency will expand fuel exports by over 1.2 billion gallons every year and create tens of thousands of new jobs, primarily in agriculture, each year as refiners are no longer forced to buy into what was a heavily distorted “RINs” credit market.

The ethanol and biofuels mandate has operated for the past decade under the “Renewable Fuel Standard” program, whereby refiners are required to mix a certain level of ethanol into their fuel.

If the refiners are incapable of mixing a certain level of ethanol into their fuel as mandated by the law, they can purchase “Renewable Identification Number” (RINs) credits from other refiners who have created more government-approved ethanol mixtures annually than needed, or who have purchased these credits themselves. These refiners aren’t purchasing a tangle product; rather, just the RINs credits that government uses to measure compliance with the mandate.

The policy quickly became a mess as companies swooped into the RIN credit market and turned it essentially into a massively profitable revenue stream for themselves in the distorted and artificial “market.”

Most refiners, particularly small and medium-sized ones, lack the industrial capabilities to mix sufficient levels of biofuels into their fuel as mandated by the RFS and so were forced to consistently buy RINs credits.

As the RIN credit market became more of a speculative racket rather than a real means of distributing responsibility for utilizing biofuels under the RFS, companies began experiencing almost exponential financial strain.

In just January of this year the largest refinery on the East Coast, Philadelphia Energy Solutions, went bankrupt because of the RIN credit market distortion. In 2017 it had spent over $218 million on RIN credits and which amounted to over twice its payroll.

The credits themselves have seen extremely price volatility that surpasses that of almost any non-speculative stock, as in the past few years they’ve gone from just a few cents per credit to up to $1.20 per credit.

It was numerous stories like these over the years that created the impetus for reform of the RFS standard and in particular the RINs market, as now the White House and its coalition is supporting.

By allowing exported fuel to also count in the biofuels total, the RINs market will be soothed by a significant increase in supply of RIN credits. As Senator Ted Cruz recently announced on Twitter, this seemingly small change reduces the most devastating part of the RFS standard’s distortion, which is its creation of a forced artificial market that ruins businesses and destroys jobs.

While there remain many other aspects of the RFS standard that should be examined, it undoubtedly is an impressive step that our country is able to come together and solve essential policy problems like this that crucially affect many ordinary Americans.

This compromise was not one that even resulted in the ethanol industry losing, as the only losers in this battle were those who speculated on RIN credits and benefited off the struggles of small refiners and their workers. In fact, farmers will benefit from the sharp increase in agriculture jobs that this policy change is projected to create.

In relieving the pressure on the RIN credit market, the White House and its coalition has taken a crucial step towards crafting pragmatic environmental policy that takes into account real-world economic and social impact rather than merely theoretical drawings.

It is precisely this kind of policy approach that we need more of across the board, where we examine how policies have performed over the years and then fix them in ways that benefit workers, businesses, and the country.