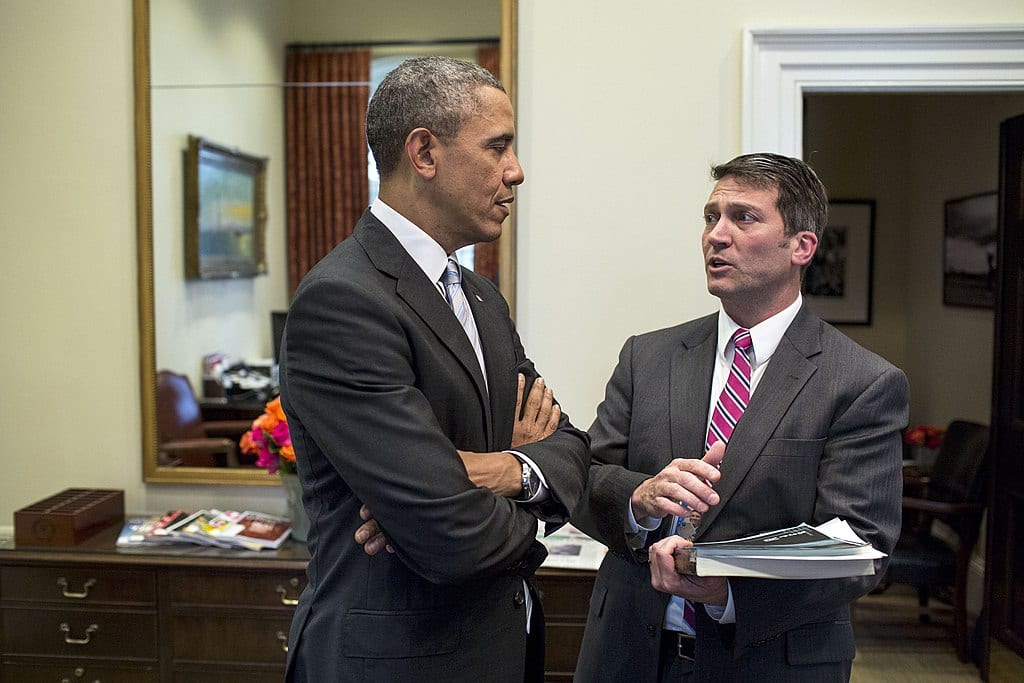 When he ran for president, candidate Donald Trump promised to hire “the best people” and said he would look at potential cabinet members’ “track record, great confidence, love of what they’re doing, how they get along with people, references.”

In many ways, Dr. Ronny Jackson, Trump’s choice to be the next secretary of Veterans Affairs, fit Trump’s list — until the doctor pulled his name from consideration Thursday after enduring a torrent of ugly if unsubstantiated allegations, which he denied.

Track record, love of the work, and references? The rear admiral had worked his way up from serving as a combat trauma doctor to the White House physician. He clearly loved his work, and could boast of glowing praise from President Barack Obama, who wrote, “Ronny does a great job — genuine enthusiasm, poised under pressure, incredible work ethic and follow-through. Ronny continues to inspire confidence with the care he provides to me, my family and my team. Continue to promote ahead of peers.”

Missing from Trump’s requirements was an important distinction — that his picks be qualified. That ought to top the list for a post that oversees the federal government’s second largest department — smaller only than the Department of Defense — with more than 360,000 employees.

In 2016, Trump didn’t say he’d pick people just because he likes them — but that seems to be the big motivator here.

Trump liked Jackson. He especially liked the way Jackson had the White House press corps stammering and too quick to reject good news during a January press conference about the president’s good health.

But Thursday on Fox and Friends, Trump suggested no one is qualified for the job. “You could take the head of the biggest hospital corporation of the world, and it’s peanuts compared to the VA,” Trump said by phone. “So nobody has experience. You know it’s a big monster.”

Of course, Jackson withdrew from consideration, not because he lacked CEO-type experience, but because of damaging stories about his handing out sleeping pills on foreign trips, alleged drunkenness on the job, including a car wreck, and a toxic management style.

Jackson denied the allegations as “completely false and fabricated. If they had any merit, I would not have been selected, promoted and entrusted to serve in such a sensitive and important role as physician to three presidents over the past 12 years.”

Trump has argued that there was a campaign to smear Jackson, and there is reason to believe the doctor had enemies.

A 2012 personnel assessment documented an intra-office rivalry between Jackson, then head of the White House Military Office, and the then-White House physician. News reports cited unprofessional behavior between the two officers and low morale — overall morale was rated as 2 on a scale of 1-10.

A year later, after corrective actions that supported Jackson, the inspector general found that staff rated the unit considerably higher. The White House suggested the toxic work environment was all on the other guy.

The same 2013 report also noted the perception among staff that Jackson “had blind ambitions to be the next physician to the president” and his actions were “purely politically driven for his self-advancement.”

Ditto those who believe Trump chose Jackson to head the VA because of the glowing health report delivered, as Brookings Institution senior fellow Kathryn Dunn Tenpas noted, with Trumpian “hyperbole.”

On a human level, the episode left a stain on the 23-year career of a one-time combat physician. “You can’t blame the man the way he was getting beat up by anonymous sources and innuendo,” said Joe Davis, communications director for the Veterans of Foreign Wars.

Jackson’s personnel assessments address the toxic work environment issue, but charges that he mixed work with alcohol and was loose with controlled substances need more explanation from the White House. If they are false, the White House should document these reports as irresponsible.

The White House should respond, if not for Jackson, then as an act of self-protection. Jackson’s example serves as a warning to highly qualified people that Trump’s opposition will go to great lengths to destroy them.

Ergo, Tenpas argued, Trump cannot pick people mainly because he likes them and they passed an FBI check. He has to be more careful. He should find a VA head like his Supreme Court nominee Neil Gorsuch, she said, who was “flawless” in terms of his credentials.

Hours after Jackson’s announcement, the Senate confirmed Mike Pompeo as secretary of state. Pompeo was a highly qualified nominee of the Gorsuch mold, and still the White House had to exert muscle to wrangle Republican votes to push him over the hurdle.

Note to the White House: Getting nominees through the Senate is not going to get easier, so up your game.