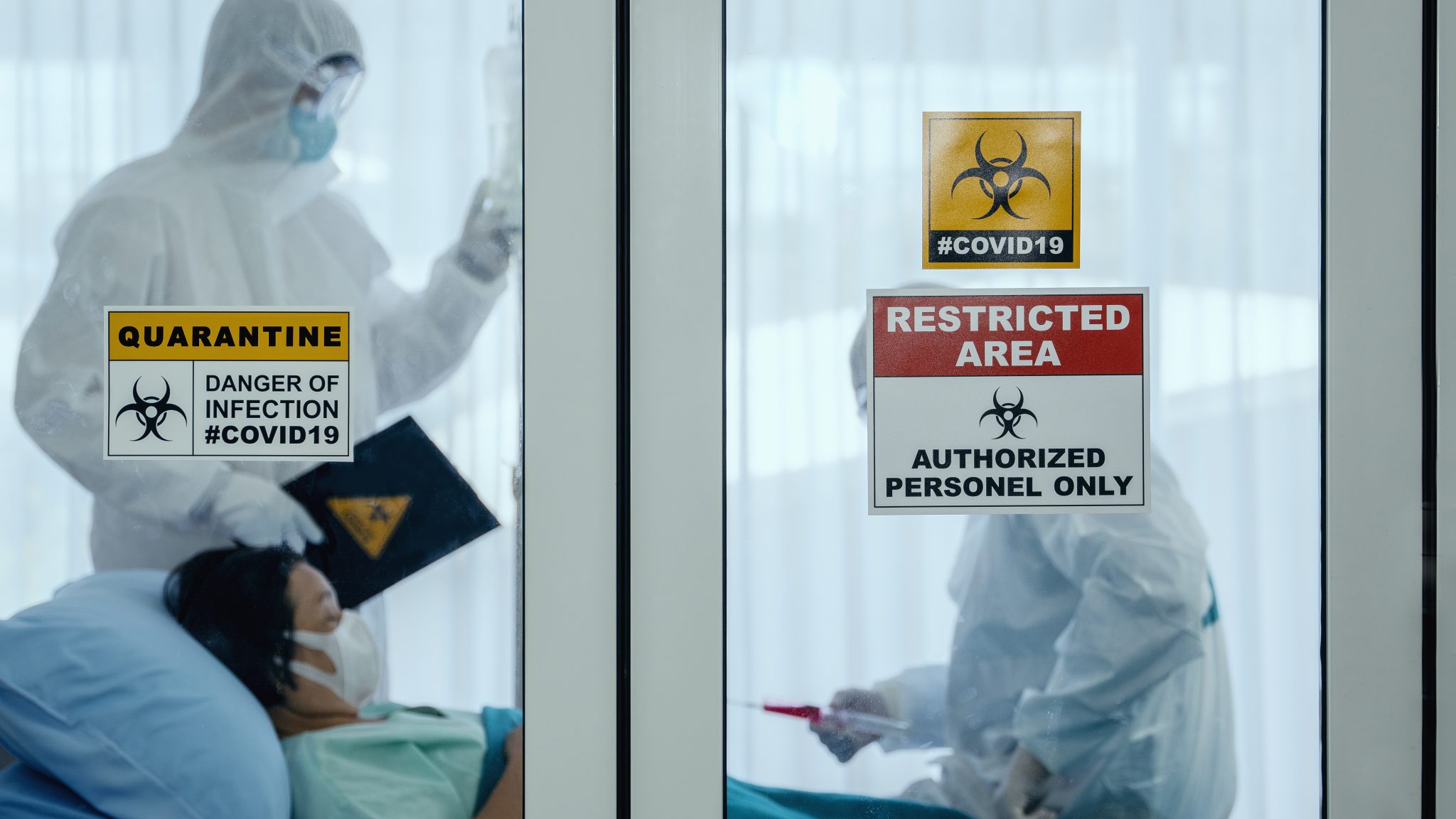 Sometimes we hear tragic news of a terror bombing or other severe injury. Maybe it is Afghanis or Iraqis or Iranians harming brave Americans. Maybe it is Arabs attacking Jewish civilians in Israel. Maybe it is a maniac doing a shooting in America — whether a typical Saturday night in Chicago or a school shooting or the like. During the news report, perhaps the announcer will say, “Three were killed, and eight were wounded.” Or perhaps, “There were 21 wounded, but thankfully no one was killed.”

What does “wounded” mean? When a child falls and cuts his or her knee, the child is “wounded.” A person opens 20 envelopes and gets a paper cut — “wounded.” A slip on the stairway and a sprained ankle and crutches — “wounded,” with a cast suitable for signatures. And yet “wounded” also can mean so much else.

There were people, marathon runners, competing in that tragic April 2013 Boston Marathon, and that bombing killed three and “wounded” several hundred others. In follow-up reports, we learned that those “only wounded” had lost legs and never would run again, barely would walk again. Other body parts had been so severely mangled that their lives never would be the same. And so it is with so many terror victims. And with our brave Wounded Warriors. Perhaps we have seen commercials where we see what “wounded” or “injured” means to the rest of their lives, that of their spouses, and of their children.

In the coronavirus saga, we are told daily that the ones at risk are those over 65, those with preexisting conditions, and those who are immunocompromised (often because of medicines they take). But the great news, the fabulous news, is that those under 60 are safe. Those under 40 and, even more so, those in their 20s and 30s, have not a care in the world. None of them will die. They barely will know they got it. If they get it, they might experience some flu-like symptoms, but they will be back on their feet in no time. That is what we are told in the news from country after country.

And yet, in the past month I have become intimately aware, from two colleagues on the East Coast, of situations where their respective early-20s sons contracted coronavirus. In both those cases, the boys almost died. Their symptoms were so severely devastating that each was hospitalized and rushed onto a ventilator. In both cases, after a week or so on the ventilator, they rebounded and now are “recovered.” In terms that the media will report forevermore, those two boys will be listed as yet two more examples that 20-year-olds have nothing to worry about; the virus is a piece of cake for them. On the data list of those who have been “infected,” those who have “recovered,” and those who have “died,” they will be listed happily as yet two more examples of young people who “recovered.” Piece of cake.

Know that, in both their cases — and in tens of thousands more — they now would be dead if they had not had immediate access to excellent medical care and to ventilators. If the country were to run short on ventilators, not only would total deaths increase but deaths among the “piece-of-cake” crowd also would multiply geometrically.

Thank G-d we have a wartime president and an immensely gifted and skilled vice president who was chosen for his character and capabilities, not based on which identity group was due for a payoff. Our country now is tasked with mass-producing more ventilators. During World War II our auto makers and civilian-aircraft manufacturers overnight had to retool and repurpose their assembly lines to build tanks and fighter aircraft instead. Now those kinds of plants are being repurposed to produce ventilators. We all know that cars have motors and pumps. The president invoked a wartime power, the Defense Production Act, but initially did not compel manufacturers to repurpose. Instead, the administration engaged in contract talks, negotiated give-and-take over the prices, and allowed the free enterprise process to play a bit. But when some of the negotiations went on too long, the president invoked the Act, and those corporations now have been coerced to make ventilators at whatever final price was established, a bit like an eminent-domain pricing.

By all of us taking the simple steps we have been told to take worldwide to slow the spread of the virus, we buy time and assure that our hospitals are not overwhelmed and that we will have more ventilators entering the supply chain in time. Italy does not. Italy’s hospitals are completely overwhelmed, with coronavirus patients now on beds crowding corridors because no rooms remain. They are out of ventilators, so doctors and nurses encountering incoming patients now have to decide who gets the next available ventilator and who will have to keep waiting — who will live and who will die.

We all need to be careful. Regardless of legitimately diverging opinions as to what number of mass deaths are “acceptable” in the face of an endangered and collapsing economy that carries its own morbidity implications from suicides to drug overdoses to malnutrition stemming from lost wages — this China coronavirus is not the flu. Reasonable minds may differ on whether or not each step being taken in Washington, Sacramento, and Albany is right, whether the economy should be restarted later or sooner. But even though more people die each year from the flu than from this thing — at least so far — this thing is not the flu. Every year we run into the flu and learn that 30,000–60,000 Americans die from it, but we do not hear of hospitals being overwhelmed by the common flu, running out of desperately needed equipment, even out of N95 respirator masks for care workers to keep up with the flu.

This is different. It infects rapidly. It infects secretly from people who seem to be healthy and learn only a week later that they were carrying and infecting. It goes for the lungs. And it can kill people under 60 who do not take it seriously.

If you have kids at home, be safe with them — and be safe from them. Follow the advised hygienic procedures. Despite the filthy and despicable “Blame Trump/Never Trump” politics here in America, know that this China coronavirus is proceeding almost identically everywhere else in the world, except in Italy and Iran, which maintained uniquely expansive commercial and social contacts with China, and in Spain where government leaders initially did not take it seriously. The other day Hillary Clinton tweeted a snarky criticism of the president’s (excellent) handling of China Virus 19. As I recall — please correct me in the comments below if I am wrong — Hillary Clinton could not even protect the life of our American ambassador to Libya despite advance warning that trouble was looming on the anniversary of 9/11. As for Joe Biden’s efforts to criticize the president, every time he opens his mouth, whether to cough in his hand or otherwise to gaffe, he reminds us that we really would be facing national catastrophe now if he were anywhere near the White House.

Be very, very careful. In our home, for example, my wife and I both are over 59 — a number so shockingly, inconceivably hard to believe that we are demanding a recount! There also is a preexisting condition in play, and the medications for it cause immuno-suppression. So that ticks off all three “high risk” boxes on the “Coronavirus Trifecta.” Our home, therefore, now is a castle with a moat surrounded by alligators. Prince Harry and Meghan Markle — er, the Duke and Duchess of Sussex — would not be able to get in. A castle should have proper name. “Sussex” already is taken, so perhaps our home will be named Il Pescatore D’Oro.

When the president said “15 days” and Mike Pence and Dr. Fauci kept waving that card at the Daily Trump Show, I knew from my regular viewing of the hour-long Hebrew-language Israeli nightly news, which has been covering the coronavirus story in-depth throughout Europe and Israel, that it would not be only 15 days. I do not expect it to end on the newly extended April 30 either. Just as Prime Minister Netanyahu has been feeding Israelis with ever-expanding shutdowns and intensified measures, ramping it up every few days, so it is that the Trump administration, like all the others, will need to continue feeding us tough measures, little by little. In a dictatorship, they can just lock everyone up for a month. In a more open society like ours that relies on “buy in” from the population, political leaders recognize that millions simply cannot handle the truth all at once and that the stock market also needs to be fed bear in measured amounts.

The imperative is to act wisely to protect our lives and the lives of those whom we encounter. In time we will beat this as it runs its Phase One course, perhaps some herd immunity will develop, clinical tests may better hone in on proven treatments, and by then we not only may have enough ventilators and N95 respiratory masks to meet an ever-lessening demand, but someone may even report sighting a roll of toilet paper or a piece of paper towel.

Stay healthy. Be smart. Make sure that others in your orbit also are being smart.