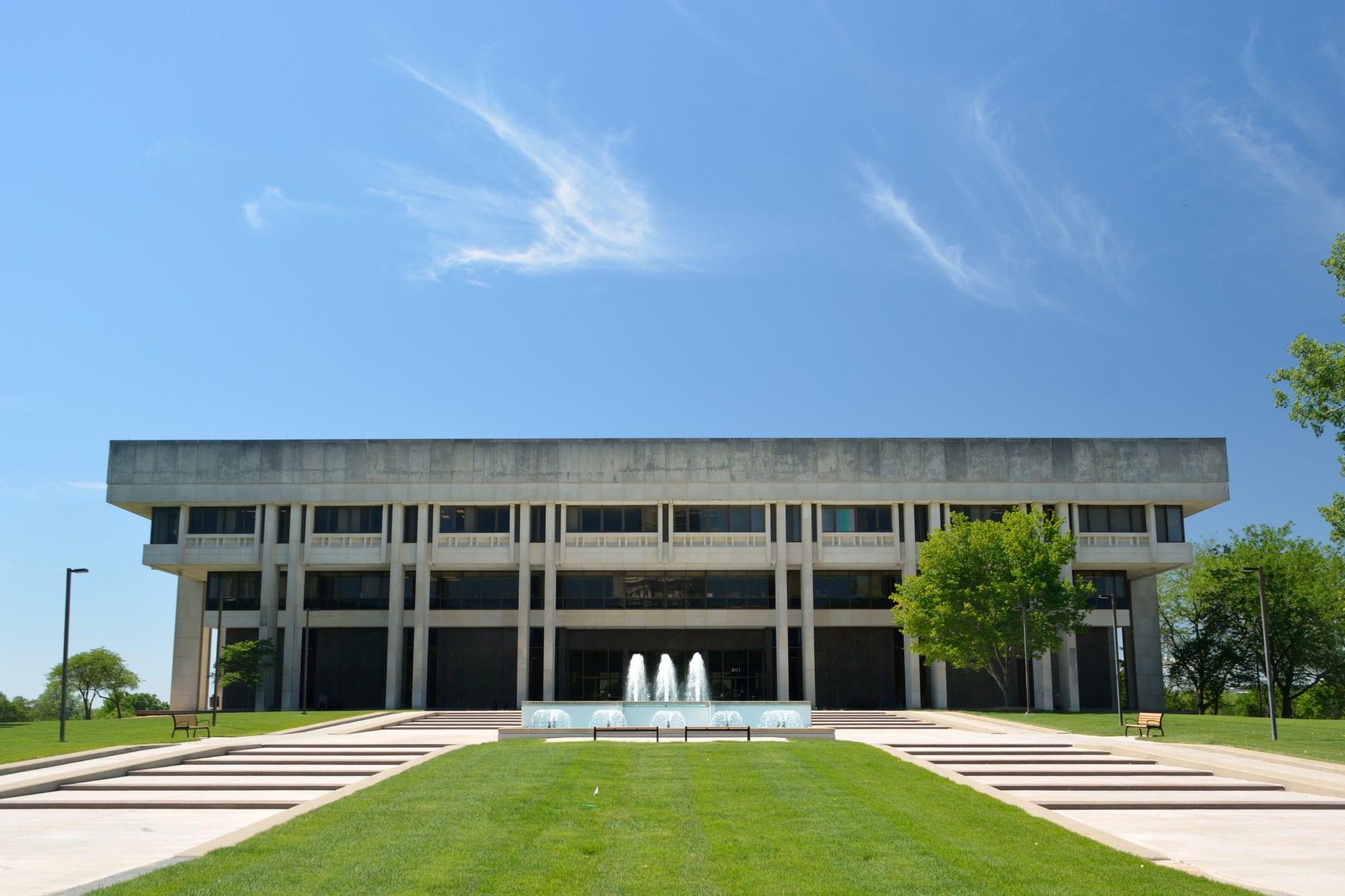 Kansas adopted its constitution in 1859. Abortion was largely illegal then, as it was in most of the country.

Who counted as a person mattered then. The state was born in violence, as pro-slavery forces unsuccessfully attempted to impose their constitution on the territory’s free settler majority.

This blatant disregard for democratic consent, opposed by Illinois Sen. Stephen A. Douglas, effectively sundered the Democratic Party, guaranteeing Abraham Lincoln’s victory in the 1860 presidential election. Kansas became a battleground: in August 1863, William Quantrill led mix of guerrillas and ruffians to the town of Lawrence, where they committed one of the Civil War’s worst atrocities.

Those opposed to democracy, law, and life have reappeared in Kansas. But they are not insurgents. Instead, they are serving on the state supreme court. Last week in Hodes & Nauser v. Schmidt, six members of the Kansas Supreme Court discovered what had been missed for 160 years: the good citizens approved a constitution which legalized a practice that they simultaneously banned. Such is the amazing versatility of liberal jurisprudence, freeing citizens from the straightjacket of a constitution interpreted to actually mean something, something that reflects the will of those who drafted and approved it and does not change to match the latest legal fashions current in the halls of academia.

Of course, Roe v. Wade had already done this to the federal Constitution, conjuring out of permutations and emanations a “right” unknown when the document was promulgated and amended, most importantly, with the 14th Amendment. However, as two Trump nominees have joined the high court panic has set in in some progressive precincts. The widely shared nightmare is that a Supreme Court majority might rediscover serious jurisprudence and overturn Roe.

In fact, a Roberts-led majority seems more likely to further erode than completely eliminate the landmark ruling. In any case, not a lot would change in practice, since full reversal would merely free states to make their own laws. And many would do nothing, leaving abortion legal. Most people would live at most a state away from access to abortion. Everyone would be within a couple hour plane ride of an abortion clinic, with activists busily fund-raising to ensure that no unwanted baby survived.

However, progressives used to relying on federal judges are now shifting to the state level. In states dominated by the Left, such as New York, legislators approved expansive abortion legislation. In states less inclined to ignore the lives at stake, liberal activists are enlisting state judges as their champions. As in Kansas.

In Hodes & Nauser, the majority opinion relied on the state constitution’s bill of rights: “All men are possessed of equal and inalienable natural rights, among which are life, liberty, and the pursuit of happiness.” From this language of the Declaration of Independence the justices extracted “the right of personal autonomy,” which included “a woman’s right to make decisions about her body, including the decision whether to continue her pregnancy.”

Certainly, early Americas believed in personal autonomy. Indeed, they imagined a government far less intrusive than what exists today and would be shocked that jurists routinely baptize all sorts of government abuses, especially at the federal level, as constitutional.

Yet they also recognized that abortion was different, which is why it was often prohibited across the country. The simple fact is that the development of a baby inconveniently means there is something more than a woman’s body involved. Which in turn means the status of abortion requires balancing competing interests. And the memorable phrase which makes up the Kansas Constitution Bill of Rights speaks of life before it mentions liberty. Without life, liberty is meaningless.

Nevertheless, the Kansas justices cheerfully decided that those who approved the clause meant to protect broader rights than at the national level, empowered judges to decide what those rights were, and decided that there was no reason not to create new rights. Making the list was personal autonomy, which meant decisions about one’s body. Thus, obviously abortion was now sacrosanct. The state constitution, intoned the jurists after slipping into their role as de facto legislators, “protects the right to decide whether to continue a pregnancy.” Which is unlimited, unless the government can assert a “compelling government interest” — which seems unlikely, since the court considers the life of the baby to matter not at all.

The opinion is a hoot to read. The majority dismisses the fact that at the time Kansans approved the constitution they prohibited abortion. Why, said the jurists, there’s no evidence the law reflected the people’s will. But what evidence is there that the state bill of rights did so? Or that any action by any Jayhawk legislature or governor since then did so? And does the court believe that imputing a right to abortion reflected the people’s will?

Second, complain the jurists, the law’s constitutionality was never tested. Which probably means everyone assumed it was constitutional. After all, a century ago progressive jurisprudence — judges getting to make up the law as they went along — had yet to become the rage in American courtrooms. Finally, noted the majority, those passing the laws didn’t recognize women as being fully equal to men. But women suffered legal and political disabilities for decades after Kansas banned abortion. Women could not vote until 1920, so the Constitution, and the 14th Amendment, upon which so much liberal interpretation rests, also should be dismissed as the creation of oppressive patriarchy. Toss out everything! Including the Kansas constitution which creates the jobs filled by the abortion-friendly jurists. This argument proves just a tad too much.

Almost comedic was the justices’ shameless reliance on authorities which they must have detested. The majority rested its analysis on a discussion of natural rights, John Locke, George Mason, Edward Coke, and William Blackstone, even though, no doubt, the justices would have run shrieking from their chambers if those concepts and names had been presented to them on behalf of the liberties the Founders, and early Jayhawkers, were committed to protecting from overweening government. Such as property. Find a safe space and bring out the cartoon books!

Justice Caleb Stegall was the only court member to dissent. He understood what was at stake: “The majority’s decision is so consequential because it fundamentally alters the structure of our government to magnify the power of the state — all while using that power to arbitrarily grant a regulatory reprieve to the judicially privileged act of abortion. In the process, the majority abandons the original public meaning of section 1 of the Kansas Constitution Bill of Rights and paints the interest of unborn life championed by millions of Kansans as rooted in an ugly prejudice.”

In fact, abortion is a difficult issue because it involves both life and liberty and concerns two different people. Which makes it almost perfectly a legislative issue, subject to complicated compromise, and not a judicial issue, controlled by pristine principle. Roe was notably dishonest because the justices unconvincingly crafted a legislative compromise — with different rules for different trimesters, for instance — while calling it law. The opinion was horrid, not really constitutional law at all, denounced by many liberals at the time. (In fact, lefties also were pro-life; a socialist was a member of our pro-life group when I attended Stanford Law School.) Only in recent years have left-wing extremists seized almost complete control of the issue and made commitment to even late-term abortion, the moral equivalent of infanticide, a requirement for progressive membership.

However, here, in America’s heartland, left-liberals have triumphed, giving a preview of what the court-packing they desire by the next Democratic president would mean. Judges voting as legislators, interpreting the law as they wish it to be. New left-wing rights magically enshrined, traditional human rights ruthlessly dismissed.

Yet state justices are not so invulnerable as federal ones, meaning that the Left’s Kansas victory might prove Pyrrhic. As my friend Jim Pinkerton noted, “in political terms, the losing side of an issue is oftentimes more motivated to action than the winning side. The winners, after all, have won, and so they typically become complacent. In the meantime, the losers, still smoldering, resolve to get even.” Kansas law allows ample opportunity for vengeance.

Prolife activists have called for amending the state constitution, which would be appropriate, but would not go far enough. Impeachment is warranted for such jurisprudential abuse, thought that might be a long-shot, given legislative and party divisions. A better opportunity is provided by the retention elections in which supreme court members must run every six years. Two of the justices are up for a vote next year: Hodes & Nauser should become the primary case against them. The other four justices are up in 2022 (along with the sole dissenter, Caleb Stegall).

A model for such a campaign could be the 1986 retention election for California Supreme Court Chief Justice Rose Bird and two of her colleagues, who steadfastly refused to apply the death penalty. She reviewed 64 death penalty cases. In every case she voted to overturn the sentence (and was regularly joined by three of the other six court members in doing so). Voters tired of the jurists’ dishonest refusal to apply a law with which the latter disagreed and voted Bird and two similarly obstructionist justices off the court. As in the case of Bird, the justification for removal is not the specific issue involved (death penalty or abortion) but the rule of law and role of judges. Jurists are not empowered to rewrite state constitution and law through creative interpretation.

The rule of law sets free societies apart from tyrannies. But to be secure, the law must mean something. It cannot be infinitely malleable, matching whatever has become the new progressive consensus. For that means no rights are secure. Indeed, this process is well underway, with the entire First Amendment on the Left’s chopping block. Certainly, religious liberty is deemed of little concern by progressives. But even free speech now is treated as inconvenient, protecting “hate speech” which unduly distresses the sensitive among us. What other liberties will be the next ones to be sacrificed for the gods of social engineering, income redistribution, and values reeducation?

Which makes control of the courts even more important. The Left long ago captured the legal academy and professional infrastructure. Since the 1960s it has dominated the commanding heights of the judiciary. That balance has started to shift, but the battle will be a long one. Hodes & Nauser reminds us what is at stake.

Doug Bandow is a Senior Fellow at the Cato Institute and a former Special Assistant to President Ronald Reagan. He is a graduate of Stanford Law School and a member of the California and Washington, D.C. bars.