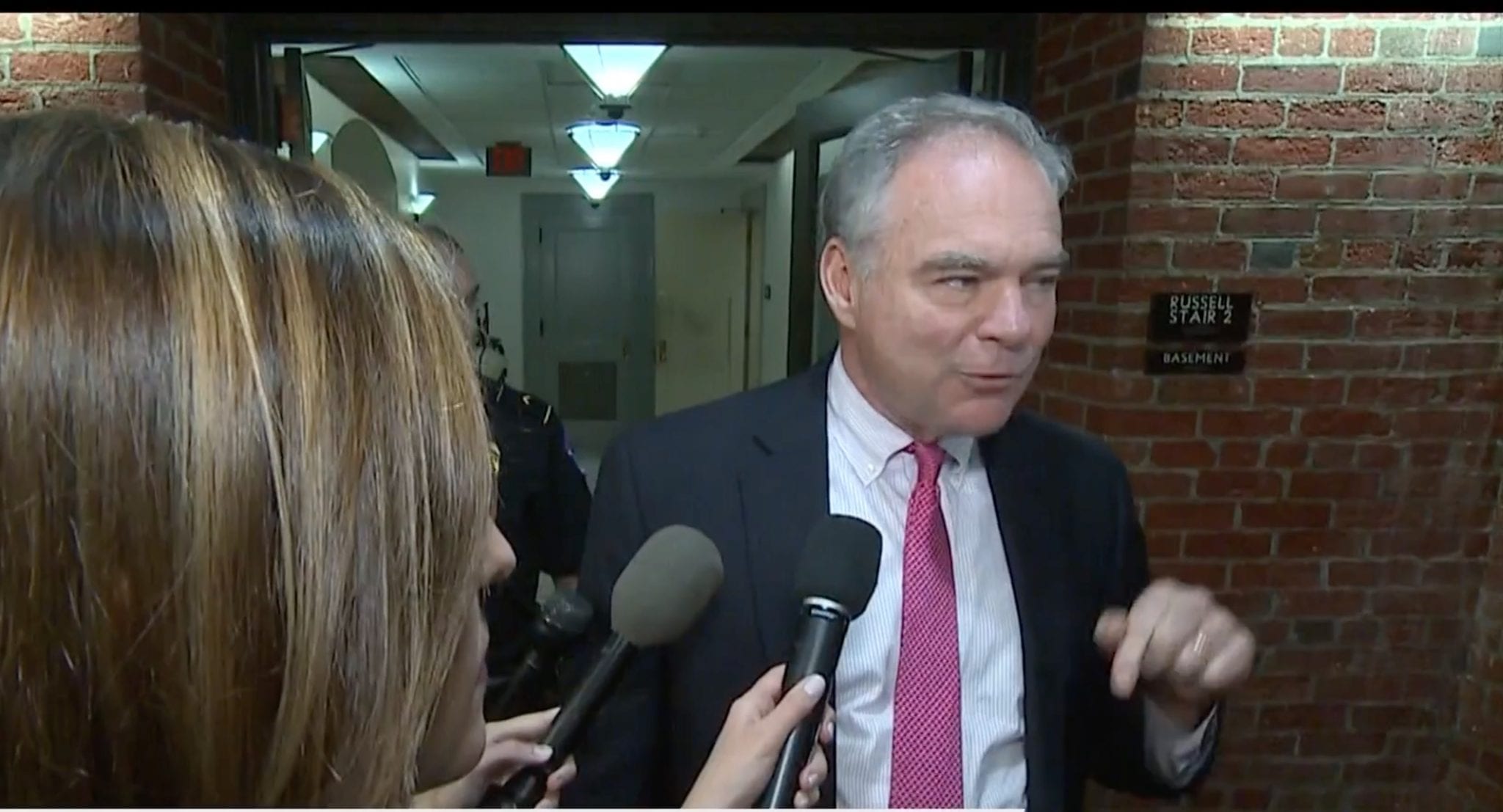 “Rudeness is the weak man’s imitation of strength,” reflected longshoreman philosopher Eric Hoffer. The events of the last month affirm this wisdom.

A Democratic Party lacking the White House, majorities in the House of Representatives and Senate, and the Supreme Court imitated strength in practicing rudeness. Now, hours before the confirmation vote that they sought to postpone, the Democrats’ boisterousness appears, belatedly at least, as camouflage for weakness. This weakness, which may seem anything but when in earshot of protesters, appears most apparent in the U.S. Senate. Democrats lack the raw numbers to win.

Unable to rely on an institutional or the democratic apparatus to derail Brett Kavanaugh’s nomination to the U.S. Supreme Court, they embraced a by-any-means-necessary strategy.

Jackson A. Cosko, 27, a “fellow” paid by an outside group to work for Rep. Sheila Jackson Lee and a recent employee of Senator Maggie Hassan, appeared in federal court on Thursday on charges related to the doxxing — the unauthorized publication of personal details for the purpose of harassment — of several senators, including Orrin Hatch, Mike Lee, and Lindsey Graham. Cosko allegedly posted personal telephone numbers and home addresses using a Senate computer.

“If you tell anyone[,] I will leak it all,” the perpetrator allegedly told a Democratic staffer who witnessed Cosko accessing a computer in Hassan’s office. “Emails[,] signal conversations[,] gmails. Senators[’] children’s health information and socials.”

The doxxing of Kavanaugh supporters follows death threats to the judge’s family and the repeated interruptions at his confirmation hearings that turned the proceedings into chaos — chaos perpetuated by Kamala Harris and other Democrats on the Judiciary Committee — on Day One, which witnessed Capitol police arrest 70 (they arrested over 300 on Thursday). Democrats planned this spontaneous show of outrage on a conference call. Anti-Kavanaugh protesters similarly occupied state offices of Susan Collins and Joe Manchin, resulting in multiple arrests.

More recent confrontations, including two activists trapping Senator Jeff Flake in a Capitol elevator, also initially appeared as grassroots outrage, a perception that evaporated with the revelation that the two women, like one of Kavanaugh’s accusers, work as social-justice activists (yes, and people make a living playing video games, too). They identified themselves as sexual assault survivors. One failed to note her employment as the co-executive director of the Center for Popular Democracy, a far-left advocacy group.

As one Hill staffer explained to me, the protesters work in shifts the way assembly-line workers do. They clock-in, then shout, hold signs, and hector lawmakers. Some, finding their way to the House side of Capitol Hill, need impromptu education sessions instructing that the lower-chamber does not vote on judges. When their shifts end, they abruptly clock-out and another group of workers takes their place. The insult that liberals protest because they do not hold jobs does not work here. These liberals protest as part of their jobs.

The demonstrations serve as a microcosm for what plagued the hearings themselves: dishonesty and bad faith. The same Democrats who called for an FBI investigation called it incomplete once Republicans acceded to their demands. Their ostensible demand masked, however thinly, a desire to delay the vote on Kavanaugh until after the election. Dianne Feinstein bemoaned the Fourth Estate’s intrusion into the life of accuser Christine Blasey Ford even as her office appeared as the most likely source for leaking her identity to the press. The stated objection to Kavanaugh shifted from sexual assault to excessive teen drinking to the lack of a judicial temperament. Few Democrats cared to openly state the real reason: they adhere to a litmus test on abortion and view Kavanaugh as too much of a risk to overturn Roe v. Wade. To borrow a phrase from the 1960s campus activists from whose tactics the Democrats borrow, “The issue is not the issue.”

Democrats, already driven to vote this November given their distaste for the president, did not need added incentive. Rather than boost Democratic turnout, the Kavanaugh hearings instead inflamed Republican voters and alienated many independents. The brat-fit Democrats threw because of their minority status does not block another conservative from the court and may very well prevent Democrats from regaining either house of Congress. Beyond this, it creates a boy-who-cried-wolf perception that prevents another such stunt, or at least impedes its effectiveness.

Perpetuating this minority status ironically comes at the expense of, and in service to, the minority rule enjoyed by Democrats for decades. Democrats did not need the U.S. Supreme Court to institute Social Security or establish the Peace Corps. But abortion on demand, gay marriage, prohibition on school prayer, the abolition of the death penalty, and much else on the liberal wish list became the law of the land because of the U.S. Supreme Court, a parallel national legislature when controlled by the Left.

A party without the speaker’s gavel or the word “majority” prefixing “leader” struggles to pass substantive legislation. Add to these handicaps widespread public contempt for much of that party’s agenda, and one begins to see why Democrats need the courts so much. Unfortunately for them, the rude, no-holds-barred gambit for the high court (dishonestly used as something other than a court in their hands) makes it even further from their grasp.