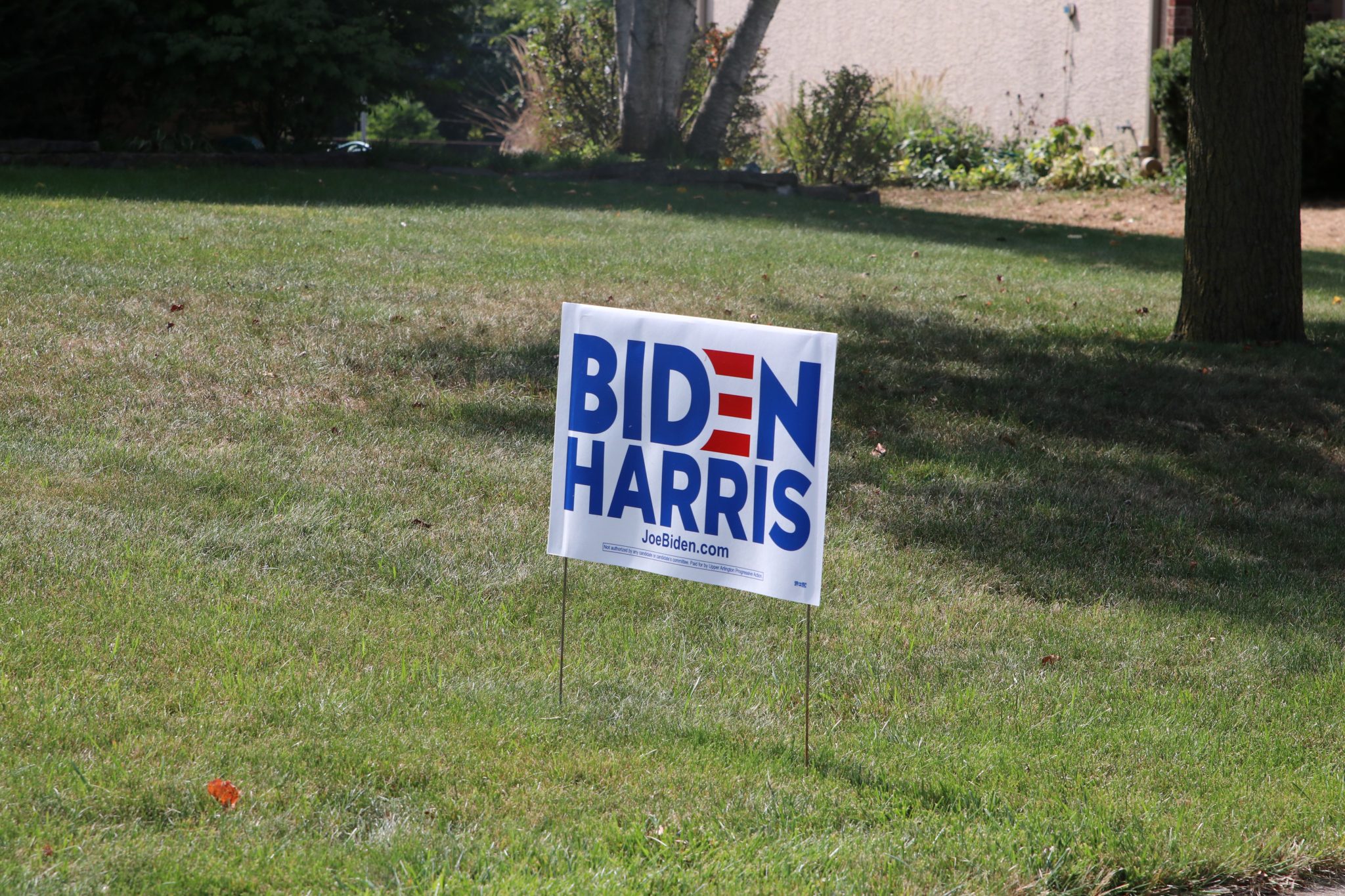 I thought it was the last straw. As someone who typically votes Libertarian but was considering voting for President Trump, when Trump retweeted an insane conspiracy theory that Osama bin Laden is alive and that the Obama administration had Seal Team 6 killed to cover it up, this son of two U.S. Navy officers said, to myself and to my friends, this guy is unacceptable.

Yet as I’ve drifted inexorably toward having to make a choice — for me the choice is always between Libertarian or Republican — and particularly as I digest the implications of a Biden–Harris (or is it Harris–Biden?) ticket, I’m compelled to rethink “unacceptable.”

Those who compare this election to 2016 typically take the comparison too far. Other than the Republican candidate being Donald Trump and the Democratic candidate being an old, white swamp creature, little about the elections is the same.

In 2016, we didn’t know whether President Trump would act on his campaign promises or whether he would govern according to the principles — to the extent that he has any — expressed throughout that campaign.

In 2020, we know that he’s wisely followed the Federalist Society’s guidance in nominating three Supreme Court justices. We know that by persevering through occasionally bipartisan and international opposition, he ushered through tax reform, slowed the growth of the regulatory state, signed the First Step Act, moved our embassy in Israel to Jerusalem, brokered three Middle East treaties/agreements (let’s not quibble about Sudan being in the Middle East), taken on China’s persistent intellectual property theft, pushed our allies to contribute more toward their own defense, extricated us from the punishing Paris Climate Accord and the Iran Nuclear Deal, presided over record economic improvement for blacks, Hispanics, veterans, and women, allowed cabinet secretaries to make significant improvements in federal policy (three cheers for Betsy DeVos’s Title IX rule changes!), and more.

On the other hand, he lies as easily as he breathes, he shows no interest in controlling federal spending or the national debt (and didn’t pre-COVID), his trade and immigration policies are wrongheaded and economically harmful, he politicizes government functions that should be immune from politics, he doesn’t have the discipline to stop posting self-destructive and often false tweets, and, perhaps most importantly for voters at this moment, his coronavirus response has been woefully inadequate. It’s not just my opinion: At a particularly good “closing-argument” speech in Pennsylvania on Saturday, the president said, “I give ourselves a D or maybe an F in terms of [COVID-19] public relations.” Indeed, if Joe Biden becomes our next president, that failing grade will be the reason.

All politicians, especially all presidents, are double-edged swords, but never have both edges been as sharp as Donald Trump’s are.

On a policy basis, one blade has achieved some remarkable things domestically and internationally, slashing through an antagonistic media and a multi-year “Russia investigation” based on lies and instigated by a corrupt alliance between the Hillary Clinton campaign and the highest levels of the Obama Justice Department.

On a political basis, the other edge of the sword decapitated much of the GOP, handing the House of Representatives back to Nancy Pelosi and gifting to Democrats control of state legislatures and hundreds of other elected positions that impact Americans’ lives every day. In the aftermath of the largest total national vote margin in a midterm election in American history, Republicans were swept away in Orange County, California, and elsewhere in 2018’s suburban revulsion against this president. I wasn’t surprised. In my home state of Colorado, reaction to Trump gave Democrats full control of our state government for the first time since 1936 and saw the election of an actual communist to the Denver City Council.

In presidential elections, I usually vote Libertarian. I understand — and have never been swayed by — the argument that I shouldn’t “waste a vote” on someone who can’t win. In an ordinary election year, if someone doesn’t deserve my vote, he doesn’t get it … even if he’s modestly better than the other guy. In an ordinary year, the practical difference, rhetoric notwithstanding, between so many Democrats and their Republican opponents isn’t much more than modest.

But again, this isn’t an ordinary year.

Because these aren’t ordinary Democrats.

Despite the effort by Joe Biden and his dogged but unenthusiastic media cheerleaders to make this election solely a referendum on Donald Trump, it isn’t.

Today’s Democratic Party is, if you can imagine such a thing, to the left of Barack Obama; it is far to the left of Bill Clinton, and unrecognizable as the party of John F. Kennedy. This is not a deep insight but rather one that bears repeating in order to remind us that an election is a choice: not a choice between a flawed candidate and a perfect one, not between a generic Republican and a generic Democrat (and a generic Libertarian for that matter) but between the actual candidates on the ballot. Between their actual agendas and policies and whom they would have running key cabinet departments that shape federal policy every day.

And this is not your father’s Democratic Party.

It’s the party of mainstreaming racism, of massive income redistribution and “you didn’t build that,” of overtly opposing the discovery and extraction of fossil fuels — the conversion of which into heat and light and power is arguably the single greatest achievement of human ingenuity — in a cultish genuflection at the altar of Gaia. It is the party of confiscatory tax rates, unbounded regulation, judicial activism, economic ignorance, and, at almost every turn, a conviction that their moral superiority should allow them to rule your life and mine.

It is the party of anti-Semites such as Ilhan “Send Campaign Contributions Directly to my Lover” Omar, of tyrants like Elizabeth “I’d Like to be Treasury Secretary” Warren, of true socialists like Bernie “Back in the USSR” Sanders and AOC’s “Squad” (whom Nancy Pelosi has worked hard to keep out of the news recently), of mental midgets like senators Sheldon Whitehouse (R.I.) and Mazie Hirono (Hawaii), and of liars and scoundrels like Adam Schiff (Calif.) and every other swamp creature who said he or she had seen proof that candidate Trump had “colluded with Russia.”

But right now, it is most importantly the party of a man who has been incompetent and persistently wrong for nearly half a century in government, with examples including his 1994 Crime Bill that victimized tens of thousands of young black men (when he was a senator) and his team’s failed handling of the H1N1 “swine flu” in 2009 (when he was vice president). According to former Secretary of Defense Bob Gates, Joe Biden has “been wrong on nearly every major foreign policy and national security issue over the past four decades,” including being the only member of President Obama’s cabinet who steadfastly opposed the raid to get Osama bin Laden in Abbottabad, Pakistan. Joe Biden has abandoned any pretense of being a moderate, selling whatever political soul he still had for the support the most radical elements of his party, who are now defining his agenda.

Which brings us to the other name on the ticket.

Sen. Kamala Harris is an unrelenting political ladder-climber with a history of prosecutorial abuse and hypocrisy and a voting record that, at least by one nonpartisan group’s measure, puts her to the left of Bernie Sanders. She’s an original Senate co-sponsor of the Green New Deal and opponent of every constitutional right you cherish. As California’s attorney general, Harris blocked DNA testing for a man who was on death row despite likely having been framed by law enforcement officers. So much for pursuing justice.

These two people are the specific opposition to President Trump and Vice President Mike Pence.

In 2020 the difference between what a Trump administration would mean for this nation’s future — for my children’s future — and how a Biden administration would crush that future under taxes, regulations, assaults on energy production, rejoining the Paris Climate Accord, and appointing anti-constitutional judges is not just a superficial divergence, not just the too-common “boiling the frog” faux-difference by which Republicans go where Democrats are going, only a little more slowly.

“President Joe Biden” is a frightening enough thought, and with Biden seemingly having aged 20 years in the past four, a Harris presidency before 2025 is something I can’t rule out.

And so I find myself redefining “unacceptable.”

Although I did not vote for Donald Trump in 2016, I’m not a “Never Trumper.” Again, I almost always vote Libertarian for president and am not moved by “wasted vote” arguments. But 2020 is different. While this president does far too many things that make it impossible for me to support him with enthusiasm, and that leave me far from sure that I won’t have some serious regret as to my decision, what I can do with enthusiasm is vote against Joe Biden and Kamala Harris and the radicalism and economic stagnation and destruction of freedoms they would impose on our nation.

I used to think of those things as unacceptable. And against some, perhaps most, other opponents they would be.

But, with apologies to Jo Jorgensen as I cast my vote for only my second Republican candidate since 1992, it’s because nothing in 2020 is as unacceptable as Biden–Harris.