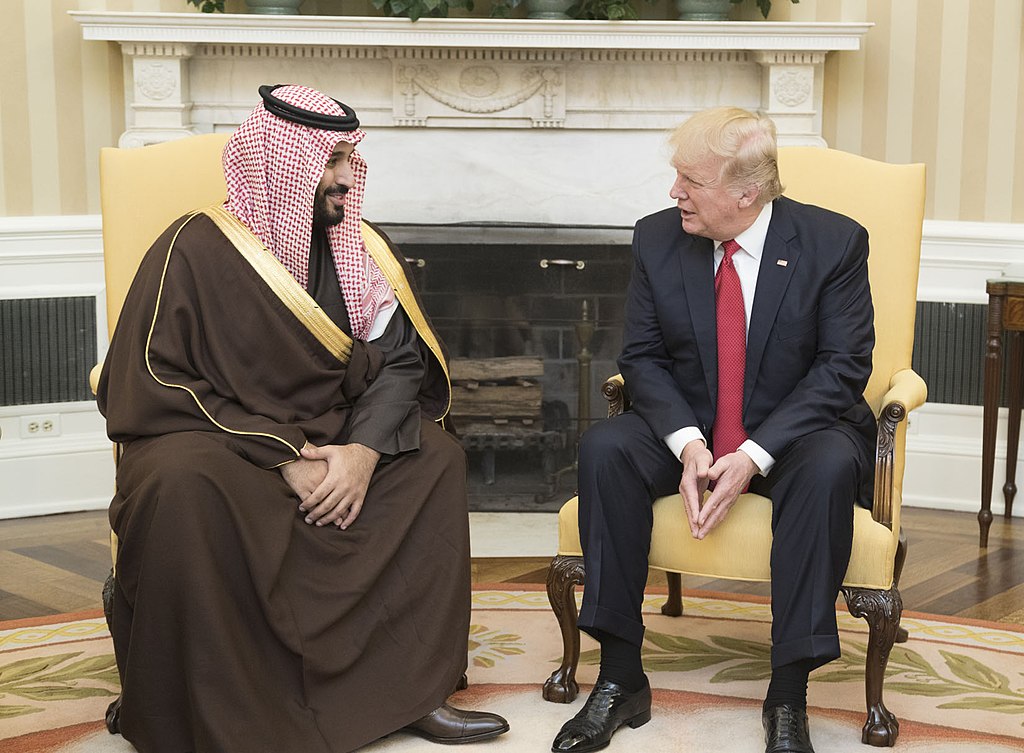 Candidate Trump’s foreign policy was premised on putting American interests first, expecting allies to carry their load, and avoiding stupid Middle Eastern wars. He was particularly critical of allied free-loading on the U.S. Yet little substantive has changed in any of these areas. Indeed, the men and women with whom he has surrounded himself have actively worked to thwart his efforts, actually increasing the military burden on America.

In Afghanistan the bizarre, 17-year attempt to create liberal parliamentary democracy and central control in Central Asia continues. The campaign has nothing to do with al-Qaeda, which has proved capable of locating anywhere, including in neighboring Pakistan. The Kabul regime is incapable of ruling over the country. Indeed, without continuing U.S. support the government would not long survive.

However, the president’s advisers have pushed him to increase American troop strength just enough to prevent the current system from collapsing on his watch. Another American died earlier this month — for nothing other than to allow today’s politicians to kick the proverbial can down the road. More will die in the coming weeks for the same reason. U.S. policy is a moral scandal.

Afghanistan remains a great tragedy, but “fixing” this tribal society is beyond America’s capabilities. The U.S. did what it had to do in 2001, wrecking al-Qaeda and punishing the Taliban for hosting terrorist training camps. The president’s instincts are right: it is time to leave, with the warning that if the Taliban makes the same mistake in the future we will destroy their regime with even greater ferocity.

President Trump also should order the withdrawal of American forces from Syria. To start, their presence is wholly illegal. Congress never authorized the occupation of another sovereign nation, forcibly detaching foreign territory, and holding resources, mostly oil, hostage to Washington’s foreign policy designs. Bashar al-Assad is a thug, but the administration has not allowed human rights violations to get in the way of a multitude of not-so beautiful friendships: Saudi Arabia, Egypt, Bahrain, Central Asia, and until recently Turkey, to name just a few.

As the Syrian civil war raged, the Obama administration, backed by the Neocon congressional war party — led by the late John McCain — supported radical jihadist groups, including al-Nusra, an al-Qaeda affiliate. And the so-called moderates turned out to be the least effective opposition, often surrendering their U.S.-supplied materiel to radicals. Christians and other religious minorities who suffered in Iraq’s sectarian war generally rallied around Assad. When I visited Syria a few weeks ago Assad supporters told me he was the only barrier to “chaos and the jungle.”

Apparently, the president’s advisers have played a bait and switch game on him. Originally the administration said U.S. forces supposedly remained to defeat ISIS, but the surrounding states are capable of doing that. Now his officials insist that U.S. forces should stay as long as Iran is involved in Syria. However, Tehran has been an ally of Damascus for years and was invited in to back the Assad regime. Look at a map: Iran is a lot closer to Syria and has a lot more at stake than America. The same goes for Moscow, which was an ally of Damascus throughout the Cold War.

Syria poses no threat to America. Nor to Israel, which is a regional superpower and strikes neighboring Syria at will. Washington has abundantly armed Israel, Saudi Arabia, and the United Arab Emirates. They have the wherewithal to contain Iran. If Russia wants to pour resources into Syria, let it. The U.S. is allied with the rest of the Middle East.

Indeed, the president has gone back on his campaign promises regarding the Kingdom of Saudi Arabia. During the campaign he criticized the Saudi royals — ostentatiously corrupt and repressive — for leeching off the U.S. military. As recompense the president has been badgering the Saudis to purchase more weapons and lower oil prices.

Better, however, that they use the weapons they already own and defend themselves, putting their own citizens’ lives at risk. The KSA’s military has suffered as a result of its dependence: in Yemen it appears to do best at blowing up school buses, bombing weddings, and wrecking funerals. However, the royals are ruthless when it comes to preserving their privileges and would do more if necessity required. This president could end the not-so hallowed practice of allowing Saudi princes to hire out the U.S. military as their bodyguard.

President Trump has taken dramatic steps to end the Korean nuclear stand-off. The ultimate result remains unknown, but he deserves credit for challenging the conventional wisdom about Pyongyang. However, regarding South Korea, which he long criticized for taking advantage of America’s defense largesse, he needs to break through the blockade created by the State and Defense department bureaucracies. Seoul is well able to defend itself. With 50 times the GDP and twice the population, why shouldn’t the Republic of Korea take over its own defense? Since America’s forces should leave anyway, the president could offer a U.S. withdrawal in return for denuclearization.

The president should take a similar approach to Japan, which he criticized in the past. Prime Minister Shinzo Abe has been pushing for Tokyo to increase “self-defense force” outlays and augment military responsibilities. The U.S. could speed that process by beginning to withdraw America’s forces, starting with the Marine Expeditionary Force based in Okinawa. The MEF is directed at Korea, where the ROK should take over; moreover, Okinawans, who just elected another governor opposed to America’s heavy base presence, want to reclaim control of their island.

Even more ludicrous is Europe’s continued reliance on the U.S. military. The continent has upwards of ten times the economic strength and three times the population of Russia. The latter’s GDP is smaller than Italy’s. Yet most European states can barely be bothered to deploy a military. Germany spends an anemic 1.2 percent of GDP and its armed forces are barely ready for a parade, let alone a conflict. Italy and Spain, despite sporting sizable economies, do even less. The most capable powers are France and Britain, but the former doesn’t hit NATO’s two percent standard, and the latter does so only by torturing statistics.

President Trump made his dissatisfaction known, but the Europeans have responded by playing him, praising him for “forcing” them to make small increases, while avoiding major changes. And his top officials — in this case Secretary of Defense Jim Mattis and Secretary of State Mike Pompeo — have steadily expanded U.S. commitments, spending ever more money on and deploying more troops to Europe. Which obviously discourages America’s defense dependents from taking on greater responsibility for their own and their neighbors’ security as the president desires.

It isn’t easy taking office and confronting a bipartisan establishment determined to retain control. But that makes it even more important for the president to insist that his officials implement his policies — or find new people who will do so. So far President Trump has promised an America First foreign policy without delivering one. Time is slipping away. Once the mid-term elections are past, he should take action to ensure that his administration advances his policies.

Doug Bandow
Follow Their Stories:
View More
Doug Bandow is a Senior Fellow at the Cato Institute.
Most Popular
1
Special Report
What in the Hell Is the Penn Biden Center?
by Paul Kengor