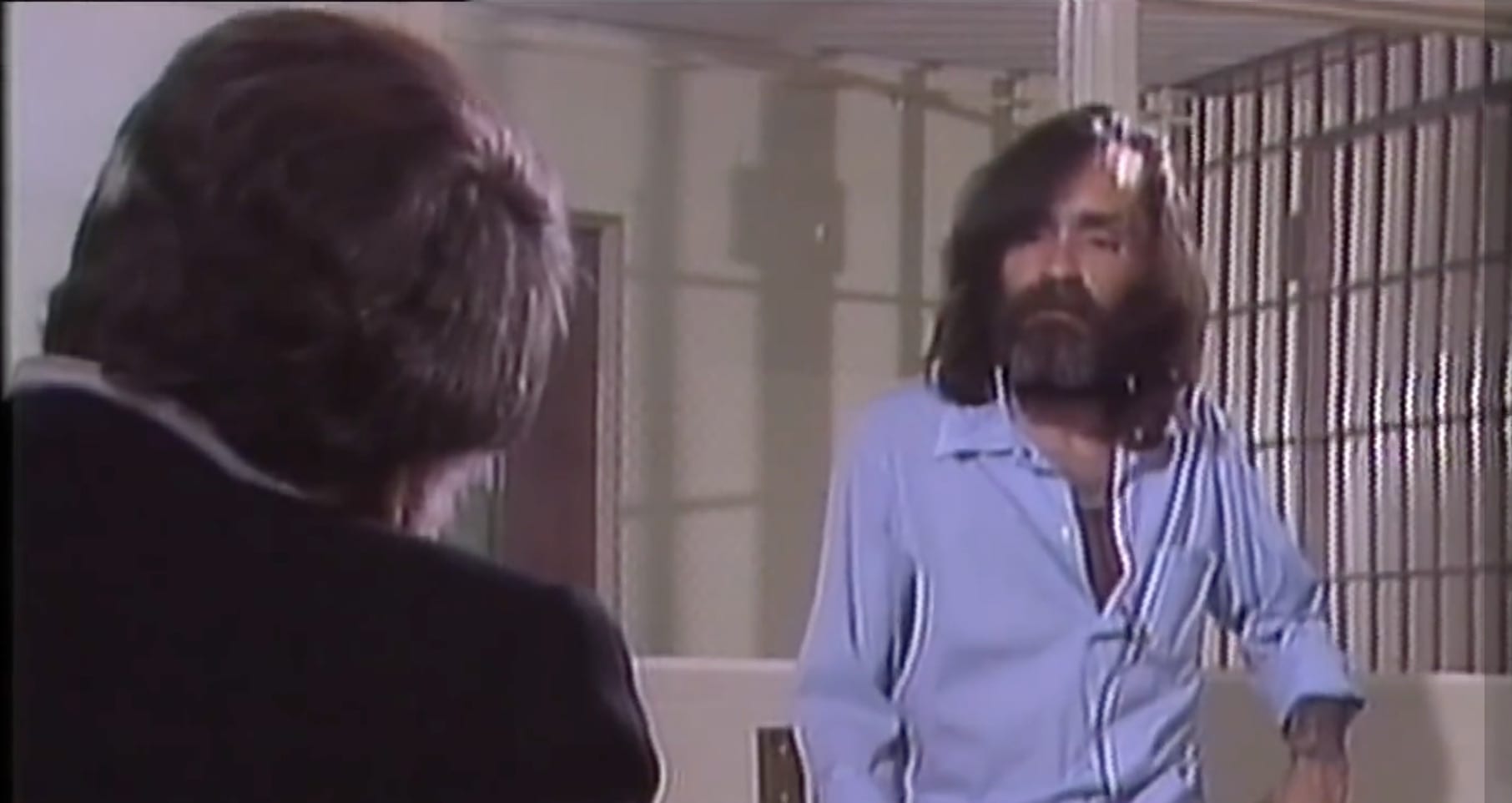 Street urchins killed beautiful people and then delivered an encore to their ugly performance later that weekend at the home of Leno and Rosemary LaBianca. Months later, when the culprits became clear, the counterculture that birthed the Manson Family attempted, unsuccessfully, to lionize Charles Manson.

This bizarre rhetorical about-face, exposing incessant talk of “love” as a lie, necessarily complicated the era’s legacy. It says something slightly more encouraging about our own times. The history gives context to present-day problems, when mass shooters replace serial killers in the nightmares of the public. However troubling the widespread tic to reflexively assign blame to political opponents for the deeds of mass murders, this current impulse at least identifies killers as villains. A half-century ago, a small but loud group of politicized people enthusiastically cast Charles Manson as one of its own.

Rolling Stone placed a photograph of Manson on its cover that depicted him as more wiseman than madman. “What makes you such a hot lover?” the magazine asked “Charlie” in an interview that won a Columbia School of Journalism award. “Clearly Charles Manson already stands as the villain of our time, the symbol of animalism and evil,” the book-length piece noted. “Lee Harvey Oswald? Sirhan Sirhan? Adolph Eichmann? Misguided souls, sure, but as far as we know they never took LSD or fu[–]ed more than one woman at a time.” One Manson associate explained to the magazine, “Charlie is very Christ-like and has a Christ-like philosophy.” The authors affirmed Manson’s critique of the criminal justice system as “obviously accurate in many ways.” Rolling Stone explained, “The society may be disgusted and horrified by Charles Manson, but it is the society’s perverted system of penal ‘rehabilitation,’ its lusts for vengeance and cruelty, that created him.” Translation: You had it coming.

Other publications with countercultural audiences similarly offered hagiographic accounts of the architect of the grisly events of August 1969. Tuesday’s Child, a Los Angeles publication, declared, “Manson: Man of the Year,” on its cover and on another presented Manson as Jesus Christ dying on the cross under the label “Hippie.” The Los Angeles Free Press for a time ran a column by Manson. The Other, playing off controversial remarks made by the president, headlined an issue “Manson Declares Nixon Guilty.” Still other underground newspapers provided free advertising for an album of the Manson Family’s music.

“His words and courage inspired us,” Yippie Jerry Rubin, who visited Manson in jail, wrote about the murderer in a book. “I fell in love with Charlie Manson the first time I saw his cherub face and sparkling eyes on TV.”

The Weathermen, at a War Party in Flint, Michigan, held immediately before the group went underground, hung a sign spelling Sharon Tate’s name in bullets. Bernardine Dohrn, later a friend of the Obamas, declared at the event, “Dig it: first they killed those pigs, then they ate dinner in the same room with them, then they even shoved a fork into the victim’s stomach. Wild!” Kathy Boudin and Diana Oughton, the former of whom escaped while the latter was killed in a Weatherman bomb factory that exploded in Greenwich Village, named their cadre “The Fork” in tribute to the utensil the murderers stuck in Leno LaBianca’s stomach.

One can absolve the many figures who came into Manson’s orbit — Neil Young, Dennis Wilson, the Mamas and the Papas, Angela Lansbury’s daughter Deirdre — and, briefly, in some cases, regarded Manson as something he clearly was not. Conmen con men (and women), after all, and Manson, as his many impressionable followers demonstrated, acted as an especially able conman. But others who carried water for the personification of evil after his deeds became clear seem harder to forgive. Who excuses, or celebrates, a murder spree because the perpetrators share a few political and cultural grievances?

Yet, 50 years later, Americans more than forgive the adulation from Rolling Stone and Bernardine Dohrn and Jerry Rubin. They forget.