by Daniel J. Flynn
A vehicle for the Buffalo Police Department in 2018 (Shutterstock/Scott Cornell) 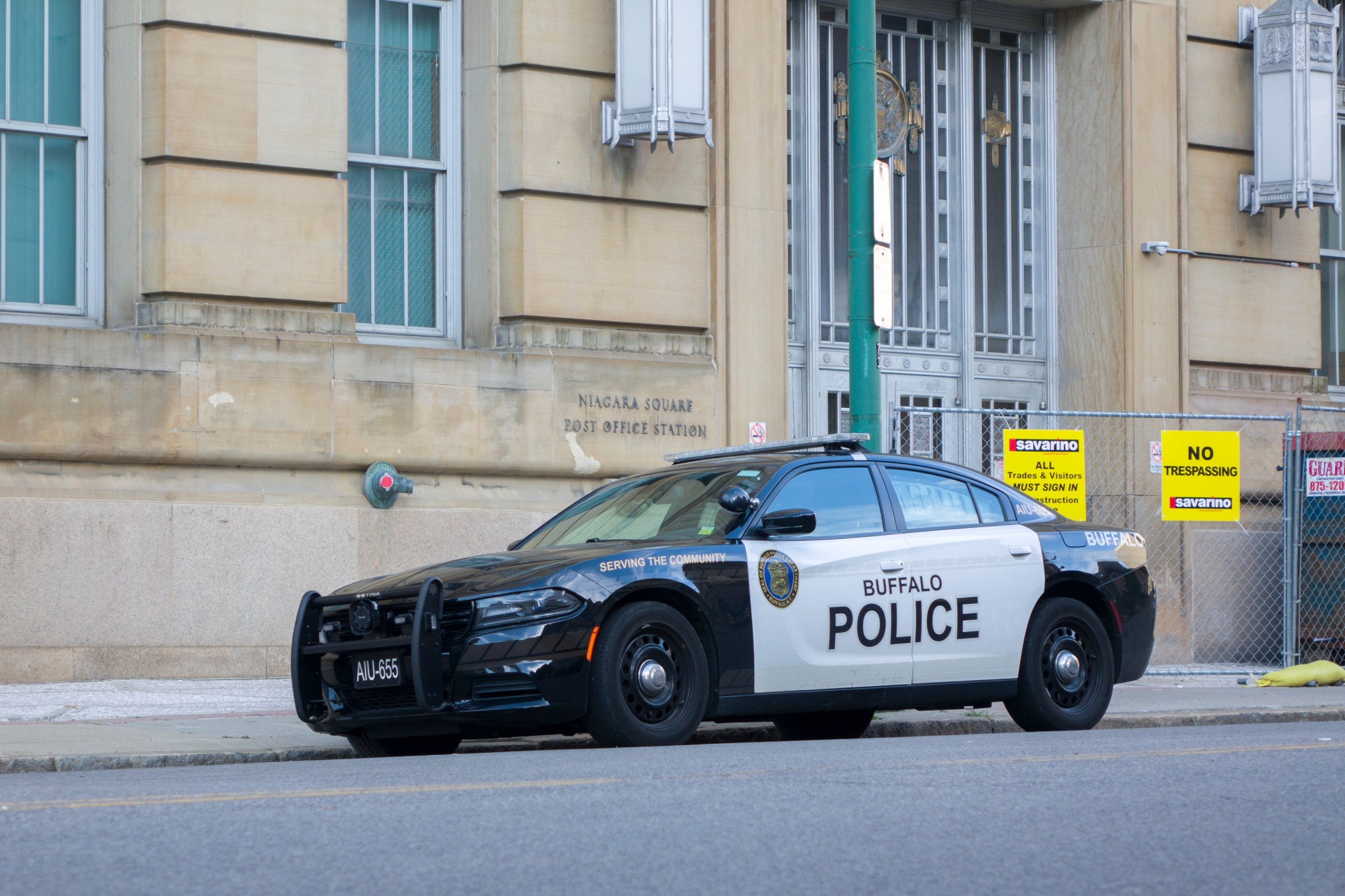 When did mass murder become a Rorschach test?

In Buffalo, an 18-year-old murdered African Americans with a gun featuring the n-word painted on its barrel and left behind a manifesto describing blacks as “a different subspecies of human.” The motive for the crime appears obvious. That which motivates ideologues to reflexively link their political enemies to monstrous acts, no matter how much a non sequitur the association, appears obvious, too.

Given that, among other reasons, the manifesto encourages the assassination of specific individuals, posting it for readers to evaluate strikes as reckless and possibly illegal. As Matt Margolis of PJ Media accurately pointed out after reading it, “the manifesto is full of nonsense and garbage that is at times inconsistent. The people who were quick to exploit the situation to attack Fox News and conservatives were wrong and should be ashamed of themselves.”

The 180-page document, which tells us the murderer ate corned beef hash for breakfast before the attack, packed SpongeBob SquarePants Band-Aids in preparation for it, wore Hanes underwear during it, and landed in the INTJ-T category on the Myers-Briggs test, never mentions Tucker Carlson. It name-drops Anders Behring Breivik and Dylann Roof as inspirations (a consultation of TV Guide confirms that they do not occupy timeslots on any station). The only reference to Fox News comes in the inclusion of a revolting, anti-Semitic meme that depicts the cable channel (and other outlets) as controlled by Jews. Another meme depicts Milton Friedman, Ayn Rand, Murray Rothbard, and other Jews as propelling “modern American libertarianism.”

Like a lot of people, the writer does not fit neatly into the binary ideological construct Americans understand. A double-vaxxed, gun-nut atheist, he regards lesbians, gays, and bisexuals as “fine with me” (but transgenders as mentally ill). Individualism is always and everywhere an enemy.

The only consistent ideological thread, beyond the racism that pervades the document and that anti-individualism, centers around environmentalism. He quotes Jon Krakauer’s Into the Wild approvingly and declares in boldface, “Green nationalism is the only true nationalism.” Even in his criticism of cryptocurrency he cites environmentalist issues (“toxic to the environment through endless mining and overuse of graphic cards”) as reasons for opposition.

“There is no Green future with never ending population growth, the ideal green world cannot exist in a world of 100 billion, 50 billion, or even 10 billion people,” he posits in channeling not Julian Simon but Thomas Malthus. “Continued immigration into Europe is environmental warfare and ultimately destructive to nature itself. The Europe of the future is not one of concrete and steel, smog and wires but a place of forests, lakes, mountains and meadows.”

Though he cannot rule out workers owning the means of production, he places free markets on the “naughty” list for ecological reasons.

“If an ethnocentric European future is to be achieved global free markets and the trade of goods is to be discouraged at all costs,” he writes. “An environmentally conscious and moral society will never be able to economically compete with a society based on ever increasing industrialization, urbanization, industrial output and population increase.”

If environmentalism’s opponents in the media, based on all this, called for content monitoring of environmentalist posts on the internet, dragged Jon Krakauer’s name into the murder spree, and attempted to associate a belief in clean air and water with the murder of black shoppers, how might an environmentalist feel about journalists? Environmentalists, rightly, would express anger at this cheap shot and wonder about the honesty of their ideological adversaries in taking so much out of context. Strangely, or maybe not so strangely, this presently happens with Tucker Carlson and others on the Right even though the gunman distances himself from the Right and never mentions Carlson’s name (in contrast, he, at least, mentions Krakauer and repeatedly invokes environmentalism).

Conservatism, even in the loosest, most tangential sense, does not describe the murderer. Aside from racism, narcissism, including and beyond that inherent to youth, describes what ails him. The early sections of the document consist of him interviewing himself. People who write manifestos, especially when they call them manifestos, announce a monomania with the topic at hand most of the time and with themselves all of the time. Why did he think anyone would care what underwear he put on that day?

“Where did you get your current beliefs?” he asks himself. “Mostly from the internet. There was little to no influence on my personal beliefs by people I met in person. I read multiple sources of information from all ideologies and decided that my current one is most correct.” His current one, huh? He elsewhere notes the Marxism he embraced a few years ago and states, “It wasn’t until the beginning of January 2022 that I actually got serious.” Hmmm. Maybe in waiting until 2023, the 18-year-old bringing SpongeBob Band-Aids to a supermarket murder spree would realize how unserious this earlier version of himself was.

Ten human beings died in Buffalo. Ten-thousand scribblers and pundits scramble to make this about not them but about how this horrific act really represents the people on the other side of the ideological spectrum they hated long before this.