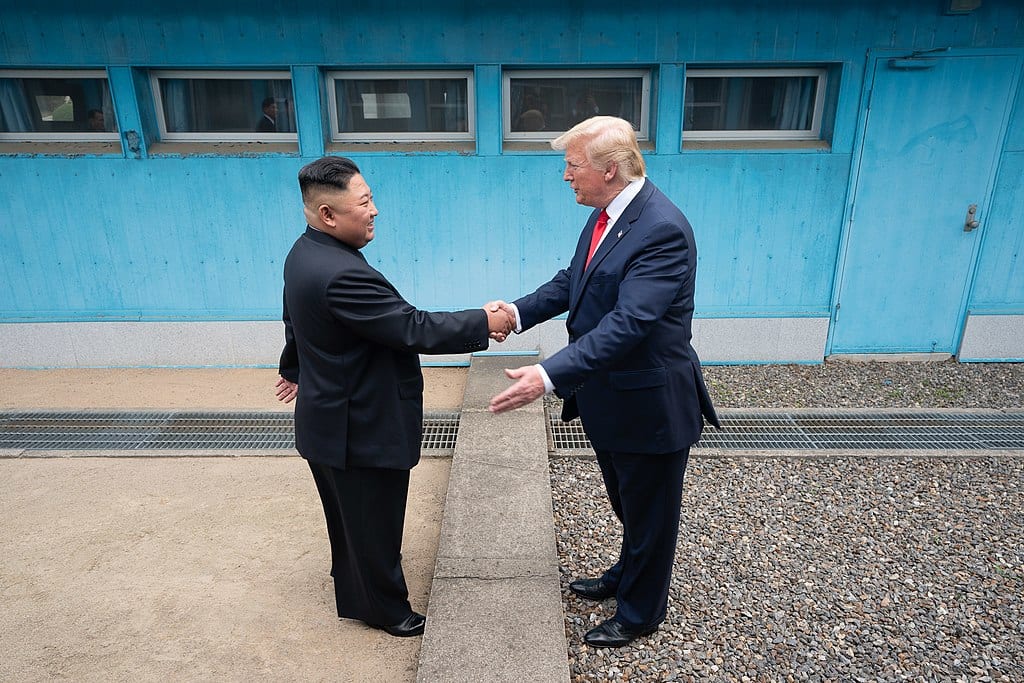 The most accurate measure of a man is who he counts as his friends and who he counts as his enemies. John Bolton has a lot of friends and allies in the American national security community, myself included. When Bolton resigned from the national security adviser’s job, the fastest praise for his defenestration came from Iran, Russia, and Sen. Rand Paul.

A spokesman for the Tehran kakistocracy said, “John Bolton had promised months ago that Iran would last for another three months. We are still standing and he is gone. With the expulsion of the biggest proponent of war and economic terrorism, the White House will face fewer obstacles in understanding Iran’s realities.”

Russia’s Deputy Foreign Minister Sergei Ryabkov said, with a wink and a nod, that he had “no expectation” that relations between Russia and the U.S. would improve “immediately.”

Perhaps their view was best summarized by isolationist-libertarian Rand Paul, who said that the threat of war is much lower with Bolton out of the White House. In that he was, as is not unusual, categorically wrong.

Bolton is certainly a hawk, which means that he takes strong opposition to the aggression of other nations — such as Iran — and is wary of America’s adversaries including Russia, China, Iran, North Korea, and a bunch of lesser powers.

But to call Bolton a neocon interventionist is inaccurate as well. Being wary, suspicious, and altogether realistic about our enemies is not equivalent to wanting to start a war with one or all of them.

The question going forward, no matter whom Trump picks for his fourth national security adviser, is: What coherent set of ideas is the president pursuing in foreign policy? Is there a “Trump Doctrine,” or is there only a “let’s make a deal” transactional policy that only sometimes coincides with America’s interests?

Great leaders set their doctrines clearly in stated policy. Ronald Reagan said America’s mission was to “nourish and defend freedom and democracy.” He declared, “We must stand by our democratic allies. And we must not break faith with those who are risking their lives — on every continent, from Afghanistan to Nicaragua — to defy Soviet-supported aggression and secure rights which have been ours from birth.” He added, “Support for freedom fighters is self-defense.”

From that clear statement of America’s interests — and the derivative “peace through strength” motto — came diplomacy, economic and military competition, collaboration with heroes such as Poland’s Lech Wałęsa, and the fall of the Soviet Union.

Trump has made no such statement of foreign or military policy. His actions have been all over the map.

In a press conference with Russian President Vladimir Putin, Trump was asked whether he believed our intelligence community or Putin on the subject of Russia’s interference in the 2016 election. He said he gave equal credence to them both. More recently, he has advocated that Russia should be readmitted to the G7, from which it has been thrown out because of its conquest of Crimea.

On the other hand, Trump has imposed some severe economic sanctions on Russia.

Trump boldly traveled to Korea to meet with Kim Jong Un, North Korea’s absolute ruler. Perhaps as a result, North Korea has ceased long-range missile tests as well as nuclear tests. (It’s more likely true that the Norks’ nuclear test site at Punggye-ri has collapsed the mountain above it, making it unusable.) But there is no foreseeable agreement with the Norks for them to give up their nuclear weapons and accept inspections of their nuclear and ICBM sites. Nevertheless, Trump has proclaimed that he and Kim have fallen in love with each other.

We saw the proposed Camp David summit with Taliban leaders get canceled after the Taliban killed the fourth U.S. soldier in two weeks. That “summit” was the product of a yearlong negotiation that didn’t produce an agreement, only the outline of one. And those negotiations were held without even a demand by Trump that the Taliban agree to a cease-fire before the talks could begin.

Bolton reportedly resigned over the proposed Taliban Camp David summit and because the president said he wanted to relieve Iran of some of the economic sanctions he’d imposed against it. Both were enormously bad ideas.

Trump’s economic sanctions have brought the Iranian economy to the brink of ruin, despite France’s and Germany’s efforts to sustain it. But Trump may, at any time, meet with Iranian President Hassan Rouhani without preconditions.

From these actions, we can conclude that Trump enjoys violating the normal practices of diplomacy, a tactic that in and of itself is perfectly fine. But we have to further conclude that his eagerness to make deals overcomes his dealmaking skill.

By continuing to cozy up with Putin, Trump is leading Americans and our allies astray. He apparently doesn’t understand that an essential part of his job as leader of the free world is speaking clearly about America’s interests and how others such as Putin, Kim, Rouhani, and China’s Xi Jinping are working relentlessly against them.

How can our allies take seriously the fact that Putin, for example, is our enemy when the president is so eager to embrace Putin? How can the American people understand how important our opposition to Putin, Kim, Rouhani, and Xi is without presidential clarity on that issue?

Simply put, they can’t. Thus, our European allies are making themselves dependent on Russian gas supplies. They are working hard to trade with Iran to evade our sanctions and scolding us for Trump’s tariff war with China. Americans, in the rare moment when they even think about those issues, must be convinced that we aren’t seriously threatened by Putin, Kim, Rouhani, and Xi, among others. The president is the only person who can do that, but he refrains from doing so.

Trump’s doctrine, if there is one, almost resembles that of Henry John Temple, Lord Palmerston, who served during the reign of Queen Victoria.

In 1848, Lord Palmerston told the British parliament, “We have no eternal allies, and we have no perpetual enemies. Our interests are eternal, and those interests it is our duty to follow.”

There is one huge difference between Palmerston’s approach to Germany at the time of Russian aggression and, for example, Trump’s agreeing to a summit with the Taliban. Palmerston had a clear vision of Britain’s interests in the ever-changing balance of power between nations. Trump, who seems to grasp at virtually any deal, apparently doesn’t have nearly as clear an understanding of America’s interests.

In making any deal, whether it’s a commercial real estate deal or a negotiation with an international adversary, both sides use every bit of leverage they have to gain the best agreement they can. When Trump gave equal credence to our intelligence agencies and Putin, he surrendered the leverage the intelligence agencies gave him. He gained nothing and lost every ounce of leverage they had given him. By agreeing to negotiations with the Taliban — far less a summit — without a cease-fire, he gave up what little leverage we have left in Afghanistan.

The loss of John Bolton from Trump’s team removes Bolton’s balancing influence on Trump. Secretary of State Mike Pompeo apparently doesn’t press the president to avoid obvious errors as Bolton did in opposing the proposed Taliban summit and, certainly, many other issues. Trump is going to do what he wants to do.

This week, after Tuesday’s elections in Israel, Trump may unveil the political half of his proposed “deal of the century” between the Israelis and the Palestinians. The economic part of the deal, which offered billions in economic aid to the Palestinians, was already rejected by them.

Any “land for peace” exchange in the political half of the deal has already been effectively rejected by Israeli Prime Minister Benjamin Netanyahu. Netanyahu has said Israel will annex much of the West Bank territory if he is re-elected and said Trump has agreed with it. In short, there’s no reason to believe that Trump’s proposed deal will be accepted by either side.

Americans, our allies, and our enemies still don’t know just what the “Trump Doctrine” may be. If the president studied more of what Lord Palmerston said and meant in his many speeches and spent a weekend at Camp David with Henry Kissinger, perhaps he could decide just what it is.