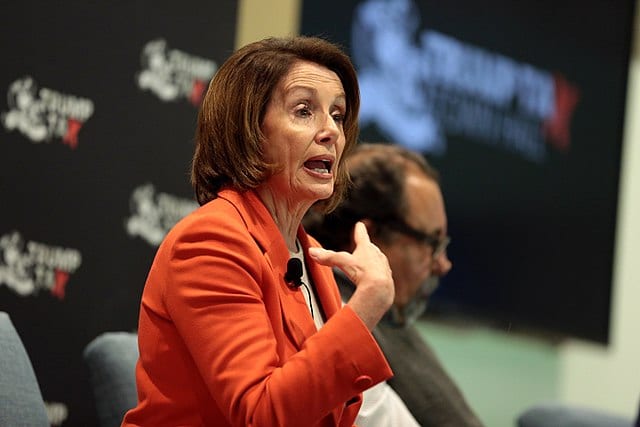 Alexandria Ocasio-Cortez upset the most youthful member of the House Democratic leadership, Joe Crowley, a 56-year-old who many expected to succeed Minority Leader Nancy Pelosi, on Tuesday. Though Crowley notches double the number of years lived as Ocasio-Cortez does, the other Democrats in leadership hold two decades or more on him. They come from the late 1930s and early 1940s. Crowley comes from the 1960s.

Ocasio-Cortez entered the world a few months after Tiananmen Square and a month before the fall of the Berlin Wall. She does not remember the Soviet Union. She belongs to the Democratic Socialists of America. One wonders whether membership in the latter comes from a lack of memory of the former. Perhaps, given the temper of the times, we should give thanks that she does not belong to the Non-Democratic Socialists of America. Alas, truth in labeling remains quite unpopular among proponents of “peoples republics.”

What to make of the political stunner? Possible answers abound.

1. It means nothing. She won in a district unrepresentative of the nation in that minorities constitute a supermajority. Fewer than 30,000 or so people, out of more than 700,000 or so residents, cast ballots.

2. It signals something big. In hindsight, Dave Brat pulling a similar stunning upset over Eric Cantor in 2014 foreshadowed the end of one Republican Party and the beginning of another. Ocasio-Cortez’s victory may portend something similar for Democrats. Does it signal a changing of the guard or a changing of the party? Time, which appears on Ocasio-Cortez’s side, tells. Even if the old guard clings to power, they likely respond, perhaps even overreact, to what happened in Queens. Look for an even more strident, ideological party, if that’s possible to imagine.

3. It helps Democrats. A geriatric leadership presides over a sclerotic party. In Washington, old white people serve as the face of the Democratic Party. Outside of Washington, the Democrat demographic trends younger and looks more diverse. Representatives who look like the represented figure to energize voting blocs that tend to stay home. This worked out well for Democrats in Barack Obama’s presidential runs. Paradoxically, Nancy Pelosi, rejects this interpretation. “The fact that in a very progressive district in New York, it went more progressive — and Joe Crowley is a progressive — but to the left of Joe Crowley is about that district,” the House minority leader explains. “It is not to be viewed as something that stands for everything else.”

4. It helps Republicans. Ocasio-Cortez wants to abolish the Immigration and Customs Enforcement, Medicare for all, a federal guarantee of a job, and other fringe ideas. By allowing Donald Trump to define the party’s issues—e.g., he’s against illegal immigration, so we’re for it—the party willingly becomes Republican-created caricatures instead of filling a void in the center capable of attracting moderates, independents, and even Republicans who find Trump’s style off-putting.

In politics, where perception often becomes reality, the way Democrats interpret the political shocker likely determines the effects of this single primary election in districts far beyond Queens. Another consideration involves Republicans misreading the political tea leaves. Think of how Democrats rooted for Trump to win the nomination, in a manner even more enthusiastic then they did for Ronald Reagan in 1980. In each case, they imagined the more conservative candidate as the more beatable candidate. It did not work out that way for them. Republicans who believe a more left-wing Democratic Party means a more vulnerable Democratic Party, instead of a more energized one, should ponder this.

Be careful what you wish for.