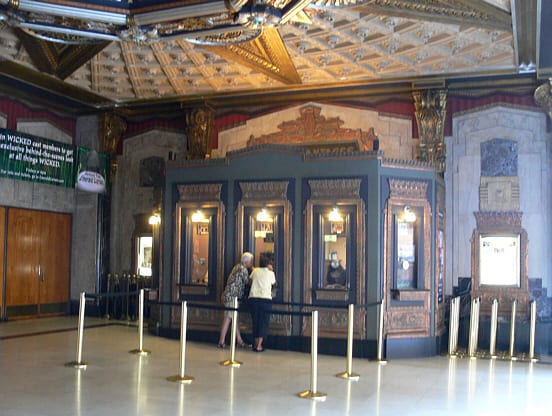 The film industry witnessed its worse year since the 1990s in 2017.

The ninth installment of the “Star Wars” franchise captured the top spot at the box office for movies released last year, garnering almost $600 million domestically almost three weeks into 2018. A Beauty and the Beast remake placed and Wonder Woman, based on a 76-year-old comic book character previously appearing in television programs and another movie, showed.

Remakes (It, Jumanji), sequels (Guardians of the Galaxy Vol. 2, Despicable Me 3), and movies based on old comic-book characters (Thor: Ragnarok, Spider-Man: Homecoming, Justice League) done to death populate the rest of the top ten list.

Myopic producers evidently glean the opposite lesson from the top-grossers list. They see that remakes and sequels top the bestsellers, so they keep making more of them oblivious to the long-term harm they inflict on their business.

The stale content churned out by Hollywood bespeaks a lack of creativity or, perhaps more accurately, a lack of appreciation for creativity from the moneymen behind the movies. They refuse to take risks and wonder why their industry reaps paltry rewards. Their lack of imagination in producing films unsurprisingly prefaces a lack of imagination in evaluating why their bottom lines hit rock bottom. How could one hold the hits responsible for a dud of a year? It takes imagination to see this.

One grasps cinema déjà vu best by seeing its entries as neither art nor even entertainment but brands. Some brands — Wonder Woman received terrific reviews and the recent Star Wars sequels certainly better the prequels — do not damage the brand. But they all rely on formula in a field built on bucking it. Beyond the films themselves lacking in imagination, they require less creativity to market. Most everyone knows Wonder Woman and Minions and Pennywise and Luke Skywalker. So, it takes less to spread the word even though the studios throw more, more, more at the marketing budgets of brand movies.

The phenomenon of repackaging the familiar seems familiar enough. Last year and the year before that, brand movies dominated the box-office top ten. And faithful readers recall similar laments from this Spectator scribe when that occurred (I am guilty of the same regurgitation, albeit in a heroic effort to curb copycatism). Apparently, Harvey Weinstein and Steven Spielberg and Jeffrey Katzenberg neither read nor pay heed to The American Spectator.

Replicating success succeeds, at least from a bottom-line perspective, in restaurants, banks, and hardware stores. Mindlessly applying this template upon creative fields leaves connoisseurs looking elsewhere. People loved The Beatles beyond the initial mania because they kept reinventing their sound (and their look). All in the Family glued families to the small screen because it represented something new. Audiences embrace originality.

Show business, its name reminds, is a business. So, naturally, the captains of this industry salute the captains of other industries. But there’s no business like show business, so modeling films on fashion — or Walmart and McDonald’s — results in empty theaters. There is, unfortunately, no one-size-fits-all strategy that achieves universal success across different industries. This reality forces people — writers, directors, and, yes, producers — to think, not necessarily outside of the box, which strikes as a redundancy anyhow, but to use their minds instead of models. When they do not, profits diminish.

The Whisperer followed The Shadow on radio, Galaga came after Galaxian at the arcade, and the success of The Girl with the Dragon Tattoo at the bookstore led to the annoying phenomenon of an inordinate number of titles beginning with The Girl Who… or The Boy with… So, we cannot even credit Hollywood with originality in its copycatism.

And surely other factors depress turnout at the turnstiles.

The average ticket price for 2017 of $8.97 perhaps scared cost-conscious consumers away. An explosion of quality television, particularly on Netflix, Amazon, and other streaming services, likely played a role. And the home theater experience, which now features 65-inch hi-definition flat screens just feet away, rivaling the actual theater experience keeps moviegoers in their living rooms.

The moment when Dorothy went from black-and-white to color in The Wizard of Oz and Malcolm Crowe contemplated his existence in The Sixth Sense gave viewers the unexpected. Hollywood flails because it provides viewers with no surprise endings — or beginnings or middles for that matter, either.