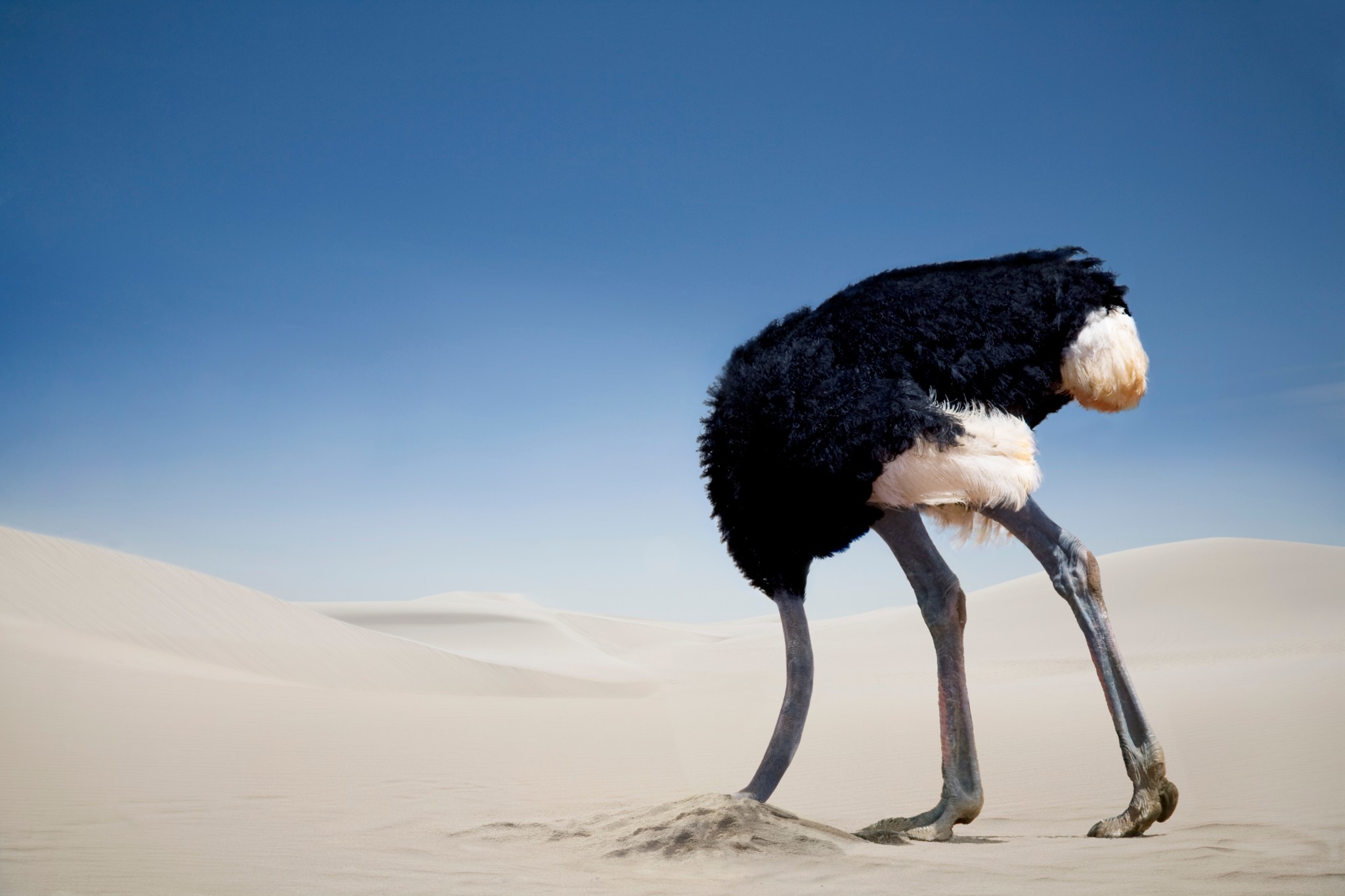 We had a bit of a back-and-forth conversation between this writer and The American Spectator editorial brass about the Democrat Party on Tuesday. The question at hand is what’s the source of the apparent aversion to truth and reality among our current cabal of rulers.

The opinion our publisher Melissa Mackenzie offered was that it isn’t that Joe Biden and his handlers, or the leadership on Capitol Hill, are ignorant of reality. They’re willfully ignoring it.

That seems right, in the final analysis. The D Team is getting so many things so completely wrong right now that they’re well afoul of the Law of Averages even if you stretch it to the limit of what bad luck can explain. Biden’s press conference on Tuesday wasn’t bad luck or even incompetence. It was contempt for his critics, written right into the teleprompter script.

An obvious indication of how utterly out of touch this gang is could be seen on Monday and Tuesday, when the DNC’s ridiculous press shop couldn’t be bothered to offer a word of sympathy or notice for the devastation of Hurricane Ida — but then vocally threw a fit over the advancement of an election integrity bill through the Texas legislature.

That’s not hard to explain, of course. To the Democrats, political process is everything, and therefore everything is political process. Texas turning that bill into law makes for an end to efforts to turn that state blue, so it’s a much bigger deal than the state next door, whose governor is the only Democrat in that office anywhere in the deep south, having its two largest cities and more than half its population put into crisis.

It feels almost like they don’t know or care how things look.

Ahhhh, but you’d better be careful about making that assumption. According to Reuters, the D Team is quite cognizant of optics. It turns out that when the Taliban were making their push to recapture control of Afghanistan, Biden withheld air support from the Afghan government unless certain conditions were met.

In the call, Biden offered aid if Ghani could publicly project he had a plan to control the spiraling situation in Afghanistan. “We will continue to provide close air support, if we know what the plan is,” Biden said. Days before the call, the U.S. carried out air strikes to support Afghan security forces, a move the Taliban said was in violation of the Doha peace agreement.

In much of the call, Biden focused on what he called the Afghan government’s “perception” problem. “I need not tell you the perception around the world and in parts of Afghanistan, I believe, is that things are not going well in terms of the fight against the Taliban,” Biden said. “And there is a need, whether it is true or not, there is a need to project a different picture.”

Biden told Ghani that if Afghanistan’s prominent political figures were to give a press conference together, backing a new military strategy, “that will change perception, and that will change an awful lot I think.”

The implication is that if former Afghan President Ashraf Ghani could have done a better snow job of his own people, if he’d been a better spinmeister, his army and government wouldn’t have collapsed.

So they do care about optics.

Maybe they just suck at it, then? It’s hard to square any of the things we see.

There’s the continuing, Kevin-Bacon-All-Is-Well insistence from the D Team that inflation is just a passing fancy rather than a serious economic impediment. You can explain that by reasoning that they’ve decided to devalue the currency as a necessary cost of the utter special-interest smash-and-grab this regime and its irresponsible fiscal policies have become, and that they realize inflation is a way to impose massive tax increases to pay for it without the immediate political costs those carry.

It’s myopic, of course. Inflation brings down governments all the time. They’ve just decided that the payoffs and the political control they’re buying with your grandkids’ inheritance are worth the risk. And rather than say so, they just pretend ignorance.

Or there are the Americans this regime abandoned in Afghanistan. How many are there? The exact number doesn’t really matter. Remember that the Tehran standard is 52; that’s a number which brought down Jimmy Carter’s administration and led to a political revolution against weak leadership and, if not an anti-American regime, certainly a flaccid pro-American one.

The number is certainly more than 52. Gen. Kenneth McKenzie, Biden’s head of Central Command, said in a self-congratulatory statement celebrating the completion of our retreat that the number of Americans abandoned in Afghanistan was “in the low hundreds.” Biden’s media flack Jen “Circleback Girl” Psaki insinuated that Americans we left there wanted to stay, something which was immediately debunked by real-live Americans who took to social media and even television to plead for help. Pentagon flack John Kirby says this stuff happens all the time. The gaslighting on obvious subjects is bewildering. Suspiciously so.

And in the final days there was a good deal of anecdotal evidence that the military and State Department actively hamstrung efforts by private charities and others to get Americans and allies out of the country. A signature example was the story conservative radio host and media entrepreneur Glenn Beck told about his efforts to evacuate Afghan Christian converts out of the country.

It ends up looking almost like the D Team tried to leave Americans in Afghanistan so that they’d have to bargain with the Taliban in order to get them out. Word on Tuesday that Biden’s handlers are open to larding those 7th-century savages up with “humanitarian” aid to go with the billions of dollars of military hardware they’ve already received would seem to play into this rather suspicious set of “optics.”

Then there were the servicemen killed in Kabul.

Biden was caught repeatedly checking his watch while the bodies of the 13 men and women lost in those terrorist attacks were passed off the planes in Dover. Reports of the president’s meetings with the families of the dead are scandalous and dispiriting. Biden apparently wouldn’t shut up about his son Beau, who rode a desk as a JAG officer in Iraq for a short time and then later died of brain cancer; no, it isn’t the same thing as losing your son to the stark incompetence of your nation’s military and political leadership. And he also apparently threw his hands up and walked away from another gold star parent who wanted to give him a piece of her mind.

Imagine the coverage that would have gotten if it had been Trump. George H. W. Bush checked his watch during a tiresome 1992 debate with Ross Perot and Bill Clinton and it led the news for a week; Biden disrespects servicemen he killed and their families, and there is barely a peep. The understanding of that fact probably explains its presence.

Related: Tuesday, the House Republicans attempted to have the 13 names read into the House record and observe a moment of silence in their honor, and Nancy Pelosi blocked it.

You’ve surely noticed Kamala Harris, the former co-president, has disappeared. Crazy Jen Rubin of the Washington Post attempted to reconstitute her with a ridiculous column touting the Vietnamese “deliverables” she achieved during her “don’t-call-it-an-exile” trip to southeast Asia; otherwise, Harris is in the wind.

And you’ve likely also noted that all of a sudden this administration isn’t quite as focused on COVID-19 and vaccinations now that faith has been shaken in the utmost efficacy of the jab in preventing the spread of the virus. Eventually we’ll be where we’ve needed to be all along, which is to treat this thing so that people who get it can get over it and it’ll just become another damn thing we deal with. The D Team certainly isn’t there yet, but they also don’t seem to be quite so stark about vaxxing two-year-olds anymore.

There is a good deal of Emily Litella “Neverminding” going on between the administration and its media flack allies as life keeps beating up their narratives. And even more outright refusal to even deal with reality as it is. It’s a fascinating phenomenon, and a terrifying one.

Because you might not care about reality, but reality definitely cares about you.

And it bites, Joe. Reality bites. It bites worse when you suck.