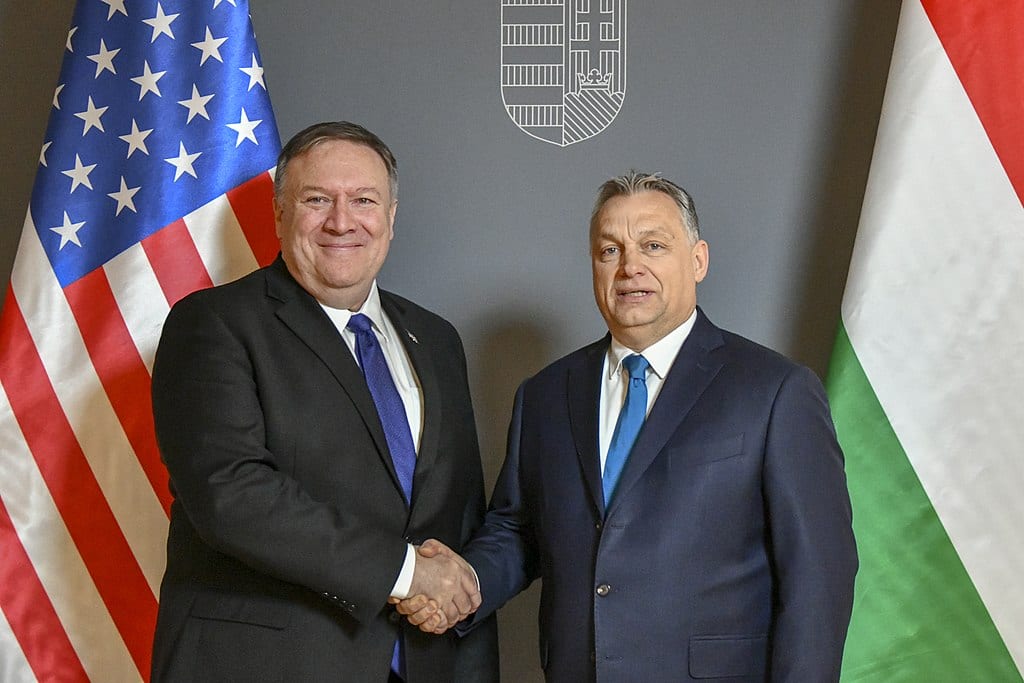 President Trump is picking up threads of an important foreign policy initiative not seen since the Reagan-Thatcher years: the U.S. relationship with Central Europe. Today, Mr. Trump will welcome to the White House Hungarian Prime Minister Viktor Orbán, a visitor not received there since 2001. Trump is laudably rebuilding relationships forged under Reagan — that had gone positively chilly during the Obama years — with a region that truly understands the great blessings of freedom, having felt firsthand the ravages of totalitarianism and communist oppression.

The Trump Administration’s efforts to strengthen U.S.-Hungary ties have merit at this time for several reasons. Hungary and the U.S. share some critically important policy priorities including border protection and curbing illegal immigration. Moreover, the Trump Administration recognizes that stronger engagement with our Central European allies is a buffer to their drifting closer to Russia.

In the debate surrounding immigration, Trump finds valuable allies with Orban and some of his European colleagues, notably leaders of Poland, Italy, Slovakia, Slovenia, Croatia, and others. Their commonly held notions are that the security of their own citizens is paramount to exposing national populations to the challenges of absorbing foreign settlers. In upholding these immigration policies, they are responding to critical concerns of those who elected them against the dissenting narrative of the mainstream media and liberal elite who advocate open borders and globalization. Rightfully, these leaders agree that it is a sovereign right to be able to choose who enters and settles in one’s nation. The Trump battle cry “America first” is shared, inserting their own countries, by leaders of Hungary, Slovakia and the rest, legitimizing Trump’s philosophy against the dissenting backlash.

In addition to validating our “America first” policies on immigration and security, strengthening relations with Central European allies is an inspired objective for other reasons as well. After the Iron Curtain fell, these nations were drawn to the West and grateful for the role it played, particularly the leadership of President Reagan, in helping restore their freedoms. So grateful, in fact that in 2011, they commemorated a statue to Reagan in a prominent Budapest square. As Orbán put it on that occasion: “Today, we are erecting here a statue to the man, to the leader, who changed, who renewed, this world and created in it a new world for us in Central Europe — a man who believed in freedom, who believed in the moral strength of freed people and that walls that stand in the way of freedom can be brought down.”

However, while these former Soviet-dominated nations knew the U.S. and Britain (with Margaret Thatcher at the helm) were on their side against their former occupiers and oppressors, even pushing reluctant Western European nations to accept them into NATO and later the EU, support for them all but evaporated under Obama and Hillary Clinton, who were more motivated for a Russia re-set rather than to re-assure the former Soviet satellites such as Hungary. The U.S. neglect was coupled with mistrust of Central Europe from Brussels, which turned to scorn due to understandable unwillingness of these nations to submit their newly won national sovereignty to the EU. For these “sins,” they earned the labels (in similar fashion to Trump) of “nationalists” and “populists” from the EU and world press.

As a result, the Trump administration is estimably trying to reverse the Obama policies of neglect to reengage this region and prevent their turning too far toward their behemoth neighbor, Russia, or to China, which is already a significant foreign investor in Hungary. When he visited Budapest in February, Secretary of State Pompeo said in remarks, “Too often in the recent past, the United States was absent from Central Europe.… That’s unacceptable. Our rivals filled those vacuums.” Then he went on to cast the Trump administration as a critical ally for the region and urged Hungary and its neighbors to rebuff warmer relationships with Russia and economic deals with China.

Affirmations of support for the U.S.-Hungary relationship have been building on both sides. Prime Minister Orbán was the first EU-member head of government to congratulate President Trump on his 2016 win. A year ago this month, Secretary of State Pompeo welcomed his Hungarian counterpart, Foreign Minister Peter Szijjarto, to Foggy Bottom, the first such meeting in six years due to refusal by the Obama Administration to host such a meeting.

The tone was set in remarks by Szijjarto who, the Washington Times reported, said “the government of Prime Minister Orbán is a ‘natural ally’ of the Trump administration, one that is willing to challenge the liberal orthodoxy within the European Union hat has been sharply critical of his government and the Trump administration.” In Szijjarto’s words, “There is a hysteria in the EU against the United States and especially against the current administration. With this visit, I wanted to stress that Hungary is not joining this hysteria.”

Predictably, the left-leaning mainstream media has been critical of the impending meeting, faulting Trump for meeting with a leader they label “hardline,” “extremist,” and “anti-democratic” — though they make no mention of his tremendous popularity among Hungarians, who chose him three times in democratic elections. Clearly, you can’t please everybody, and to their credit, President Trump and PM Orbán try to do what’s right for their respective countries rather than win popularity contests with the global media.

Lee Cohen is a senior fellow of the Danube Institute in Budapest and the London Center for Policy Research in New York. He has advised the U.S. House of Representatives Foreign Affairs Committee on European affairs, and was founding executive director of the House United Kingdom Caucus.