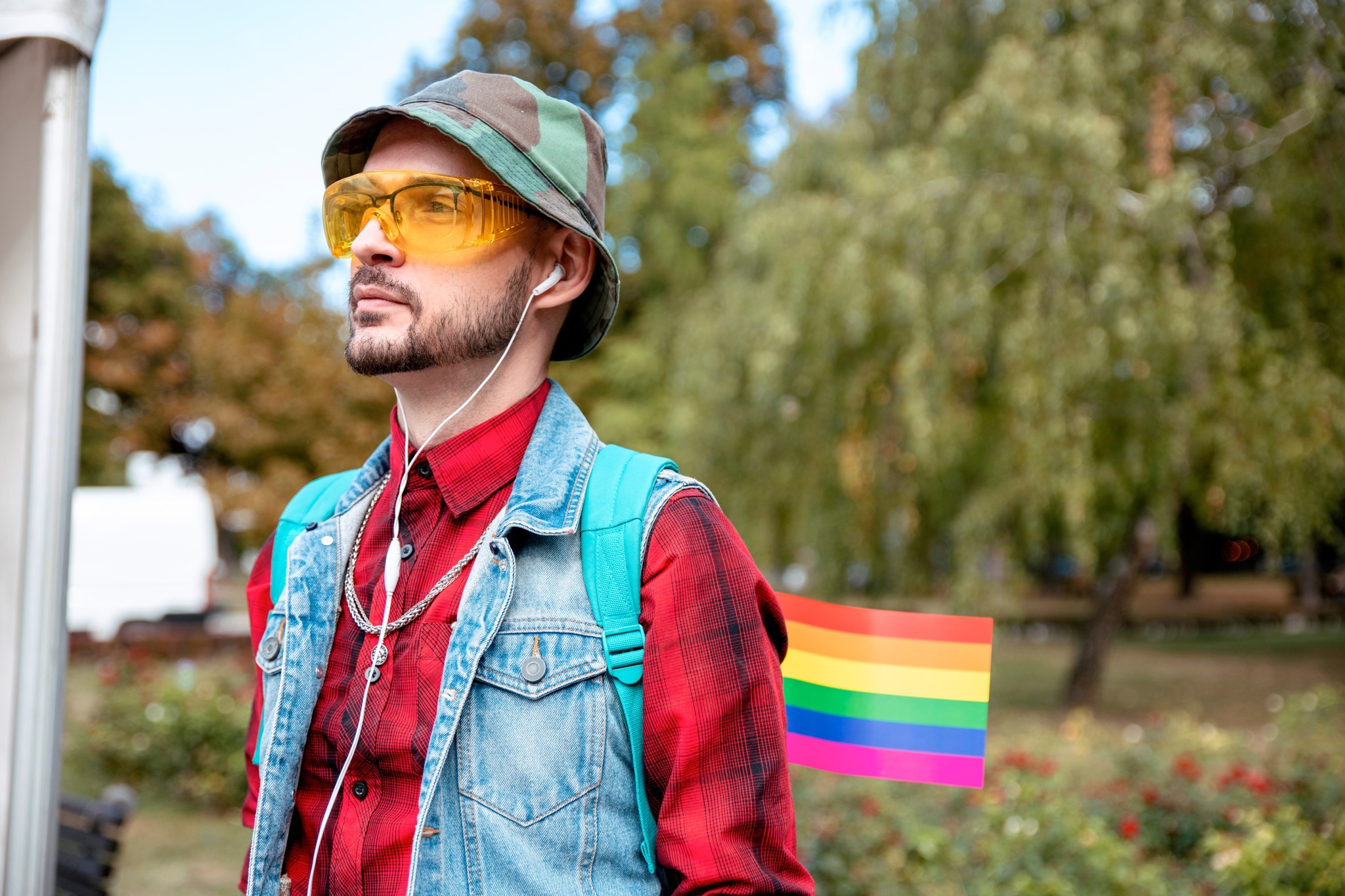 The ancient Greeks knew a thing or two about the cycle of regimes, which they postulated in anacyclosis. Simply put, weak men make hard times, hard times make strong men, strong men make good times, good times make weak men. It does not take a Nestor to deduce which part of the cycle we are in now. Current events are blasting the alarm.

In the White House, a feeble, demented, and — according to recent reports — malodorous sock puppet continues to hasten the free fall of America, fast reversing the good times his strongman predecessor helped create. In Edinburgh, Scotland, last week, a primary school requested that its male students (ages three to 12) wear skirts on one day to promote equality. And in San Diego on Saturday, the Navy launched its ship, the USS Harvey Milk, named for a homosexual pedophile and christened by a “transgender” veteran officer (Paula Neira).

This last travesty merely continues the progressive agenda of the U.S. military as exposed earlier this year by a cringeworthy Disney-style Army recruitment cartoon hailing diversity over masculinity. It features a wispy girl, particularly absurd-looking in fatigues and helmet, narrating the story of how she went from a two-mom home to operating the nation’s Patriot Defense Missile System. The ad probably inspired the Chinese designers of the new nuclear-capable hypersonic missile that orbited the Earth unchallenged in October. Conversely, Red China’s recruitment video resembles a trailer for Top Gun and has stiff competition from Russia with pride, of the exclusively male type.

For the modern liberal establishment, the diminution of testosteronal appeal is no error. It’s the goal. The new Pentagon not only wants fewer real men in the military, it wants more of them out, for three primary reasons: they belie the leftist illusion of genre indifference, they inspire young men to be the best they can be — which is the best there is — and they’re deplorable patriots, who will oppose the radical transformation of their beloved country into a socialist state. That such a state cannot withstand a true communist superpower when the time comes is a point lost on woke generals like Mark Milley, much as the Afghanistan War was.

Biden’s Secretary of Defense Lloyd Austin recently threatened the last line of non-diverse, merit-driven, all-male defense, the Navy SEALs, with training cost incursion if they refuse the COVID vaccine. In other words, the toughest, fittest, deadliest men on the planet have a choice — inject their bodies with a foreign substance or be denied the chance to swim a mile under Arctic waters to blow up a Russian spy ship off Alaska. Given how the high command feels about them, noncompliance must seem rather appealing, and certainly preferable to serving aboard the USS Harvey Milk.

To cite the salient line from a classic ’80s song — when the last pre-Trump strongman, Ronald Reagan, was president and good times rocked, “Where have all the good men gone?” Off-screen for sure. Where once Arnold Schwarzenegger, Sylvester Stallone, Mel Gibson, Paul Hogan, Chuck Norris, Bruce Willis, and Don Johnson ruled, Matt Damon, Ryan Gosling, Jake Gyllenhaal, Tom Hiddleston, and Christian Bale now emote. And the girls onscreen are tougher than they are, plus romantically disinclined.

So modern Hollywoke can just keep pouring out anti-male garbage, and get rich on blockbuster money from the Chi-Coms, who are only too happy to pay to fatten their enemy for the slaughter. But they have little time to do it. For they know something the amateur Left here does not. That the second phase of America’s anacyclosis — hard times make strong men — has already begun.

Trump was the first. His election in 2016 temporarily halted the progressives’ transformation of the nation and kicked off the good times — record-high employment, secure borders, energy self-sufficiency, Middle East peace, and restored American pride. Only the fortuitous (for them) intrusion of the Chinese virus, added to their propagandist media supremacy and military-industrialist-intelligence assets — that could fabricate a Russian conspiracy out of nothing — enabled them to defeat Trump as a false start.

What is false is the utopian bubble that the Left recreated during Trump and fortified with illusory racial hatred. But reality can be denied only for so long. And the liberal bubble is deflating now from repeated punctures. One came right after the pathetic fall of Afghanistan. It was a shout, first by hundreds then thousands of young men at sports events chanting something less proper than “Let’s go, Brandon!”

Last week’s Virginia election provided a permanent gash. It wasn’t the professional feminist shrews and androgynous men depicted by Hollywoke that won the election. It was the screen-absent concerned moms and tough dads working as a nuclear family unit to defend their children from the grip of the state. They saw the CRT and transgender monsters when the Democratic candidate, vice president, and former president said they didn’t exist. So now what does exist is a strongman Republican governor-elect sure to make good times for Virginia. Three years hence shall come a strongman Republican president. Then let the good times roll.

2
Blog
That Wasn’t Thought Out: MSNBC Columnist Encourages People to Cut Their Cable to Hurt Fox News
by Ellie Gardey