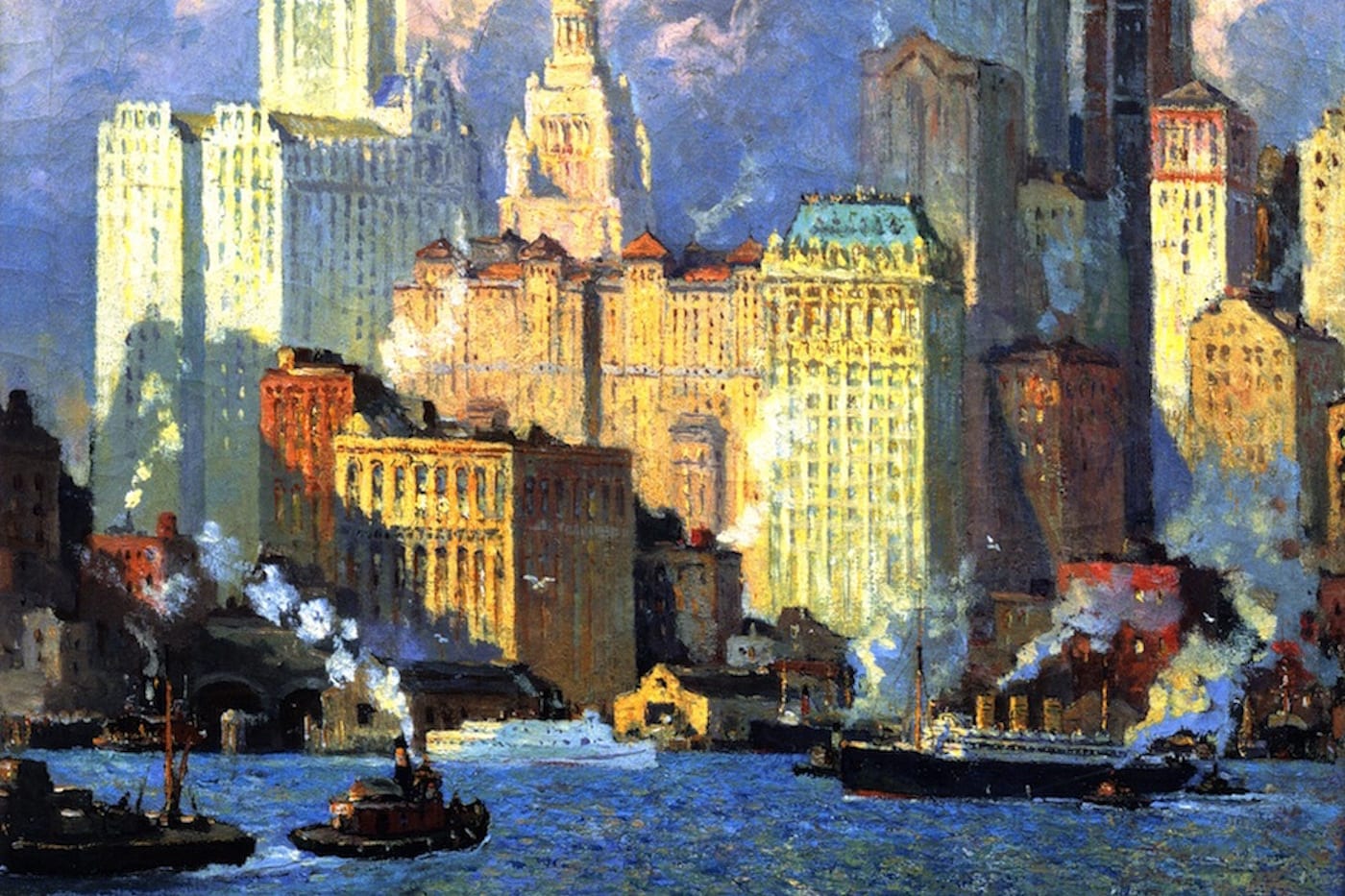 Another “lightbulb moment,” you reckon? The city of Charlottesville, Virginia, switches sides in our great racial embroilments, casting out Thomas Jefferson as favorite son and making a holiday in honor of, forgive me, the Yankees, who overran the place in 1865. That’s us Americans these days: railing at each other about freedom and justice as currently understood in our fair land.

I could cite other moments of like illumination, such as the American women’s soccer star-spangled triumph in France, speckled with political objurgations and cries of outrage over unequal pay. I want, however, to move to consider Wilfred McClay’s remarkable tribute to our remarkable, if obstreperous, land in all its moral complexity.McClay’s newly published historical essay on the American experience and character is at once wise and bracing. Land of Hope: An Invitation to the Great American Story (Encounter Books) merits wide, attentive appreciation. You cannot read it without understanding better this odd and unique country’s place among the nations.

I am slightly shy in the making of such claims. McClay is a valued friend, and Encounter Books published my own fairly recent book on the agonies of modern Christianity. I make so bold, all the same, as to say I was not prepared on opening Land of Hope for its sophistication and fair-mindedness.

We have no political rant here (as if we needed another). McClay tells America’s story with the appreciation due it for both its aims and its achievements as a diverse, freewheeling collection of peoples. The place lives before and around us. It lives as well in our memories: “Land where my fathers died / Land of the Pilgrims’ pride.” Small wonder we fight for it — and over it. No other nation has such properties, such aspirations.

Study of the past should fortify and enlarge us — both at the same time, McClay writes, imparting “the sense that we are part of a longer and larger story, a great story to which we owe a great portion of who and what we are.” We can accommodate, somehow or the other, both Lou Gehrig and Megan Rapinoe, Thomas Jefferson and Martin Luther King — which is some accommodation, we need to recognize.

A little strangely, possibly, I called Land of Hope an essay. At 458 pages long? Coming from a distinguished, prize-winning professor of American history at the University of Oklahoma? I myself see it that way. McClay fixes in mind the major dates and players and ideas without making their intellectual mastery the reader’s main job. He wants the reader to understand — to understand, inter alia, that it was no easy job getting where we are, that it took sacrifice, and it still does.

In smooth, vivid English — you can’t better this man as a literary stylist — McClay moves deftly across the historical terrain, pausing at key moments (e.g., the controversy over slavery, World War II) to look around with some care, to make sure the meaning duly sinks in. He hollers not, nor waggles a didactic finger in our faces. He would have us see the genuine complexities before us.

Take slavery, the issue at stake in Charlottesville’s moral ousting of Jefferson, its native son — and, as McClay sees it, “the deepest moral wound in the nation’s life.” McClay would have us see the antebellum South as “holding the wolf by the ear,” unsure how to let it go — nonetheless required, in the American spirit, to let it go, destruction and suffering framed paradoxically alongside hope and release.

The spirit of history as a presence in human life has a grandeur to which no historical account — far less any series of news reports — is equal. It rarely happens, but the best we generally find ourselves doing as a people is smiling in appreciation of how we overleapt traps set for us and, against all odds, added dignity to our hearths and homes.

The only side McClay takes in this grand and enriching book is the American side, understood as the side fixed on hope, sensing “that the way things are initially given to us cannot be the final word about them.” It’s the way, it seems to me, things have a habit of turning out around here. You can check out that last impression with McClay, America’s warm and admiring friend.