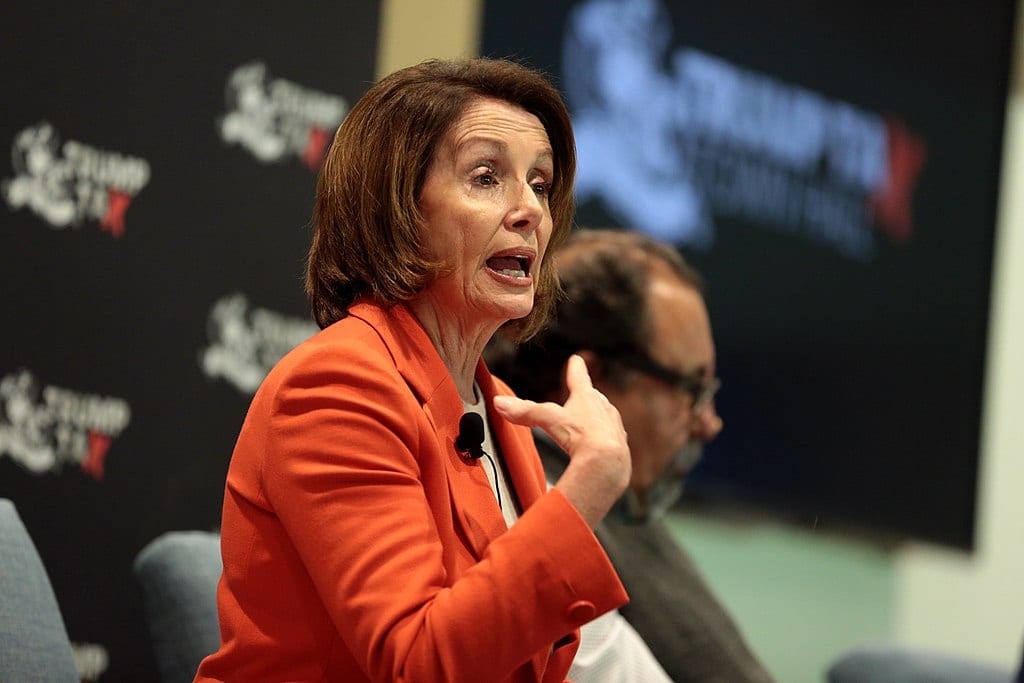 Nancy Pelosi recently handed the Republican Party a huge gift. The former Speaker of the House and current House Minority Leader announced she will indeed endeavor to reclaim the gavel and once again control the U.S. House of Representatives. Republicans running in 2018 now have the perfect foil. Pelosi’s poll numbers would make Donald Trump blush. According to HuffPost Pollster, only 28% of Americans have a favorable view of Pelosi. And her quip that Republican tax reform, which is fueling our economy and putting money in working Americans’ paychecks, amounts to little more than “crumbs” will certainly haunt her and other Democrat candidates in the coming months.

There’s more good news for Republicans. Contrary to the narrative suggesting a November “blue wave,” an NBC News/Wall Street Journal poll shows Republicans have a seven-point advantage on the economy over Democrats. Republicans also have an advantage on the issues of taxes and trade. And they are even with Democrats when it comes to dealing with Russia, the very issue upon which the Democrats have built their 2018 campaign.

Is the stage being set for a Republican upset in November?

Possibly. But I would like to caution Republicans — whom I’ve been trying to elect for most of my adult life — that winning at all costs isn’t worth it. “What good is it for someone to gain the whole world, yet forfeit their soul?” (Mark 8:36). The same could be said for a political party. And while some in our party prefer to quibble about who is more partisan on this issue or that, I believe there is much more at stake: common decency.

A growing number of politicians are getting caught up in the #MeToo mess. It has been demoralizing to watch as the steamy underbelly of our political establishment has been exposed for all the world to see. The reported behavior of people like Al Franken and Eric Schneiderman, to say nothing of the original #MeToo man, Former President Bill Clinton, make us squirm.

Think this is just a Democratic Party problem? Don’t forget about the embarrassing Roy Moore fiasco in Alabama. Or the ongoing saga surrounding Gov. Eric Greitens. Or the scandals surrounding Reps. Blake Farenthold (R-TX) and Pat Meehan (R-Pa) involving their use of taxpayer dollars to settle sexual harassment claims. Honestly, the list goes on and on.

In Georgia, rumors of misconduct are swirling around Republican Lt. Gov. Casey Cagle, who happens to be running for Governor. As HuffPost reports, “Cagle has long been the focus of numerous rumors of infidelity. In fact, strategists and close political observers of Georgia politics told the Huffington Post that those rumors were the real reason Cagle dropped out of a 2009 race to become governor, not back problems as he said at the time.”

#MeToo has become a political tennis match; this side scores a point, that side scores a point. But it ought to be an issue much bigger than cheap political points. It has to transcend partisan politics and be about forever changing a revolting culture of sexual promiscuity. I believe in a Republican Party that someday is immune to #MeToo attacks because we nominate and elect men and women who treat people with dignity and respect.

I believe our leaders should be an example of moral strength in our society, not people who get away with shameful behavior because of their power position. Public service is a noble calling and we need candidates who reflect that. Our Party has to be about more than just winning elections. We must be motivated by a purpose. If we start electing people who treat others with dignity and respect, who believe in something bigger than their own ambition, and who are guided by purpose and conviction, then our future will be brighter than we can possibly imagine.