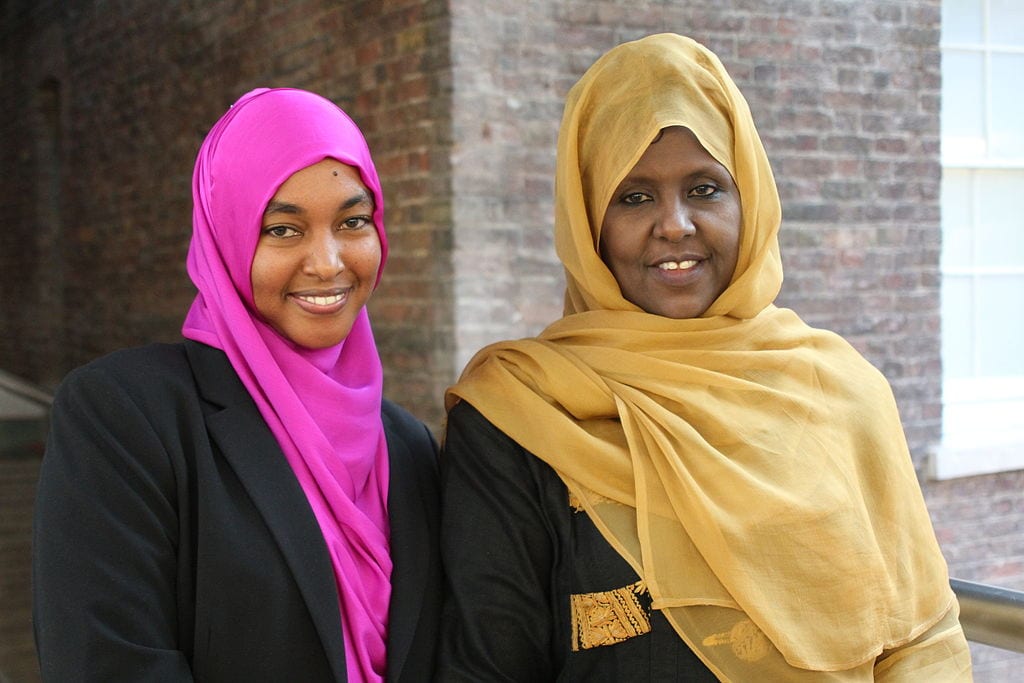 FGM is a practice that involves “partial or total removal of the female external genitalia causing injury to the female genital organs for non-medical reasons.” In a controversial sermon, posted online by the Middle East Media Research Institute (MEMRI), Elsayed insisted that the custom is “the honorable thing to do — if needed — for the girls. This is something that a Muslim gynecologist can tell you if you need to or not…[Y]ou see in societies where circumcision of girls is completely prohibited, hypersexuality takes over the entire society, and a woman is not satisfied with one person, or two, or three. This, God forbid, is now happening even in Muslim societies where they prohibit circumcision.”

While Elsayed’s FGM comments caused a firestorm, DAH has long been the center of outside scrutiny. Its notorious former imam, Anwar al-Awlaki, was an Al-Qaeda leader in Yemen and was involved in or linked to more than a dozen terror plots. In 2008 and 2009, authorities found that Awlaki and the Fort Hood terrorist, Nidal Hasan, had been in communication. It turned out that Hasan worshipped at the mosque during Awlaki’s tenure as its imam, as did at least two of the 9/11 hijackers. In 2011, at Friday worship after Awlaki’s death in a drone strike in Yemen by the American military, Elsayed called on Allah to “give him mercy.”

In the months following Elsayed’s incendiary FGM speech, DAH and its staff made a good show of expressing outrage at the imam’s comments. The board condemned Elsayed’s sentiments and, on June 7, placed him on administrative leave. On June 9, when DAH officials failed to fire Elsayed after he reportedly retracted his initial apology, DAH’s outreach director, Johari Abdul-Malik, loudly resigned in protest. In January, DAH held its first ever Women’s Conference (“an initiative from the women of Dar al-Hijrah by the women of Dar al-Hijrah…to highlight the leadership of Muslim Women in their fields”) and in February, the mosque announced that it would be “leading an initiative that emphasizes women’s leadership and sheds light on women’s issues.” The announcement even admitted that “Certain cultural practices such as Female Genital Mutilation (FGM) make women and girls more susceptible to life threatening conditions.”

Yet there are many indications that DAH’s new-found feminism is anything but genuine.

First of all, Imam Elsayed “walked back his [initial] apology at a private gathering where his comments were recorded and leaked.” And his June 17 written “clarifi[cation]” of his FGM comments, far from being a full-throated apology, actually endorses a type of FGM (as defined by the UN) called a hoodectomy.

In February, Elsayed further discredited his apology by tweeting a petition demanding the release of Tariq Ramadan from prison. Ramadan, the grandson of Muslim Brotherhood founder Hassan al-Banna, has been charged in France with the rape of multiple women and remains incarcerated. Yet, Elsayed’s relationship with Ramadan — which dates at least since July 2017, when Ramadan released a 10-minute video defending Elsayed from FGM-related criticism (and exhorting Muslims to only discuss FGM “internal[ly]”) — seems to be going strong, despite Ramadan’s assertion that FGM is part of Muslim “tradition” and so should be “promoted.”

In March, DAH held its 35th Annual Fundraising Banquet. The program, which came barely six weeks after DAH’s Women’s Conference, featured a prominent extremist imam, Kifah Mustapha, as the keynote speaker. The demonstrably sexist Mustapha has written that a Muslim woman shouldn’t wear “attractive” clothes, use noticeable makeup, travel without the company of “other trusted Muslim sisters,” approach a romantic interest, or spend time alone with her fiancé.

Mustapha serves as the official appointed representative of Lebanon’s Ministry of Religious Affairs (Dar Al Fatwa) — the same religious body that opposed a Lebanese bill that would have criminalized marital rape and domestic abuse.

Mustapha has also written that Muslim husbands have a “right to take a second wife,” that a Muslim father may block his daughter’s choice of spouse, and that the option of surrogacy is forbidden for Muslim women — even if they are infertile.

Ultimately, he seems a bizarre choice for a mosque that recently sought to promote Muslim women’s empowerment.

And what of DAH imam Abdul-Malik’s principled resignation in protest of Elsayed’s remarks and the board’s decision to keep Elsayed on? Given Abdul Malik’s jovial presence at DAH’s fundraising banquet alongside Kifah Mustapha and Elsayed, it appears that FGM — and his colleague’s endorsement of it — are not as much of a concern for Abdul-Malik as he had led the world to believe when the cameras were rolling. This is despite the whopping 34,000 women and girls who, as of 2013, were at risk for the procedure in Washington, D.C. and Virginia, DAH’s home state.

DAH women were not even able to have an honest, comprehensive discussion of FGM at their own conference. While the FGM panel was moderated by noted activist Ieasha Prime — DAH’s women’s program director and a speaker at the 2017 Women’s March on Washington — journalist Hannah Allam reported that “the key dispute was sidestepped: Does the mosque believe there’s a religious argument for any form of genital cutting?” Prime even “dismissed the idea that keeping Elsayed on staff cost Dar al-Hijrah credibility in addressing FGM.”

Despite the outcry that came from some DAH congregants — including Abdur-Rahman Muhammad, a YouTuber who used to attend DAH regularly— Allam describes how “Elsayed and his supporters drowned out critical voices by spinning the incident as a ‘Zionist conspiracy’ cooked up by anti-Muslim forces.” Barely a few days after the controversy exploded, DAH imam Essam Omeish instructed DAH members to avoid being “in camps” or “divided” on the issue, so that they could “preserve this institution of Dar-al Hijra.”

DAH’s latest scandal illustrates a greater struggle faced by American Muslims. While Islamist preachers and clerics skillfully sanitize their indiscretions when the spotlight shines, they don’t actually disavow their totalitarian philosophy. There is thus an ideological gulf between extremist institutional leaders and many of their congregants — ordinary American Muslims — who are then often forced to make a difficult choice. Will they choose to remain part of their close-knit communities? Or will they speak out against Islamists like Elsayed, Mustapha, Omeish, and Abdul-Malik, and risk ostracism?

DAH could make this choice easier for its congregants — by truly eschewing the extremism it only pretends to condemn.

Samantha Rose Mandeles is the Coordinator for Islamist Watch, a project of the Middle East Forum. Follow her on Twitter at @SRMandeles.

Valerie Greenfeld is a writer for Islamist Watch and the author of Backyard Jihad: How Parents Can Detect the Invisible Threat of Radicalization.