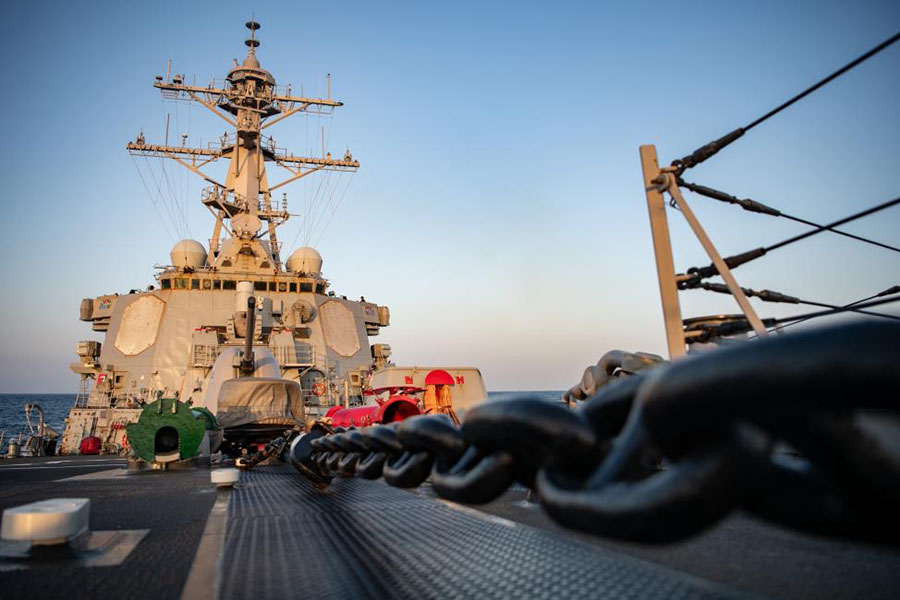 China’s leaders may calculate that a successful war against a foreign enemy would distract its citizens from the country’s economic problems.

Those “ripples” may also be felt in the South China Sea and could lead to war. China’s leaders in the wake of Mao Zedong’s ideological madness that produced so much misery and death as a result of the Great Leap Forward and the Cultural Revolution made a bargain with its citizens and changed the nature of the regime’s governing “legitimacy.” Economic growth, a better standard of living, and Chinese nationalism replaced the ideology of Marxism-Leninism-Maoism as the Chinese Communist Party’s source of legitimacy — what James Burnham called the governing regime’s “political formula” or “myth” that helps sustain the regime in power. The CCP, to be sure, did not relax its one-party rule. In many ways, it intensified its political control, especially after the Tiananmen Square massacre. And President Xi Jinping since his rise to power has, if anything, further centralized power in the CCP and his inner-party circle.

China cracked down on political, ethnic, and religious dissenters even when the economy was strong and growing at a rapid pace. Today’s economic woes likely will result in harsher crackdowns as the CCP loses legitimacy. China’s economic troubles, in other words, will likely lead to increased political dissension — a worsening economy and lower standards of living break the bargain the CCP struck with its rising middle class. This poses a danger to the survival of the regime. And when political regimes face internal trouble, they sometimes react with external aggression in order to rally the citizenry against the foreign enemy.

It is no accident, as Marxists like to say, that China’s military activity and rhetoric about Taiwan have recently increased in frequency and stridency. China’s leaders may calculate that a successful war against a foreign enemy would distract its citizens from the country’s economic problems. China’s leaders may also believe — and the Biden administration’s confused public statements on Taiwan could reinforce the belief — that the United States lacks the will and the means to defend Taiwan. That is why it is important for the United States and its allies in the region to replace “strategic ambiguity” with “strategic clarity” on Taiwan. And this strategic clarity should be unambiguously communicated with quiet diplomacy and regional military preparedness. As Walter Lippmann once wrote, “The great task of quiet diplomacy is to work out ways and means of keeping the critical questions … from reaching the point of irreparable decision.” (READ MORE: Biden’s Taiwan Policy: Confusion)

Chinese leaders presumably know that an unsuccessful war against the United States and other regional allies in the South China Sea would only compound their economic crisis and increase their chances of suffering the same fate as Gorbachev in the late 1980s and early 1990s, when the Soviet Communist Party lost power due to an unsuccessful war in Afghanistan coupled with economic troubles at home. U.S. diplomacy and military dispositions in the region must convince China’s leaders that an attack on Taiwan would result in China’s defeat and the CCP’s collapse.