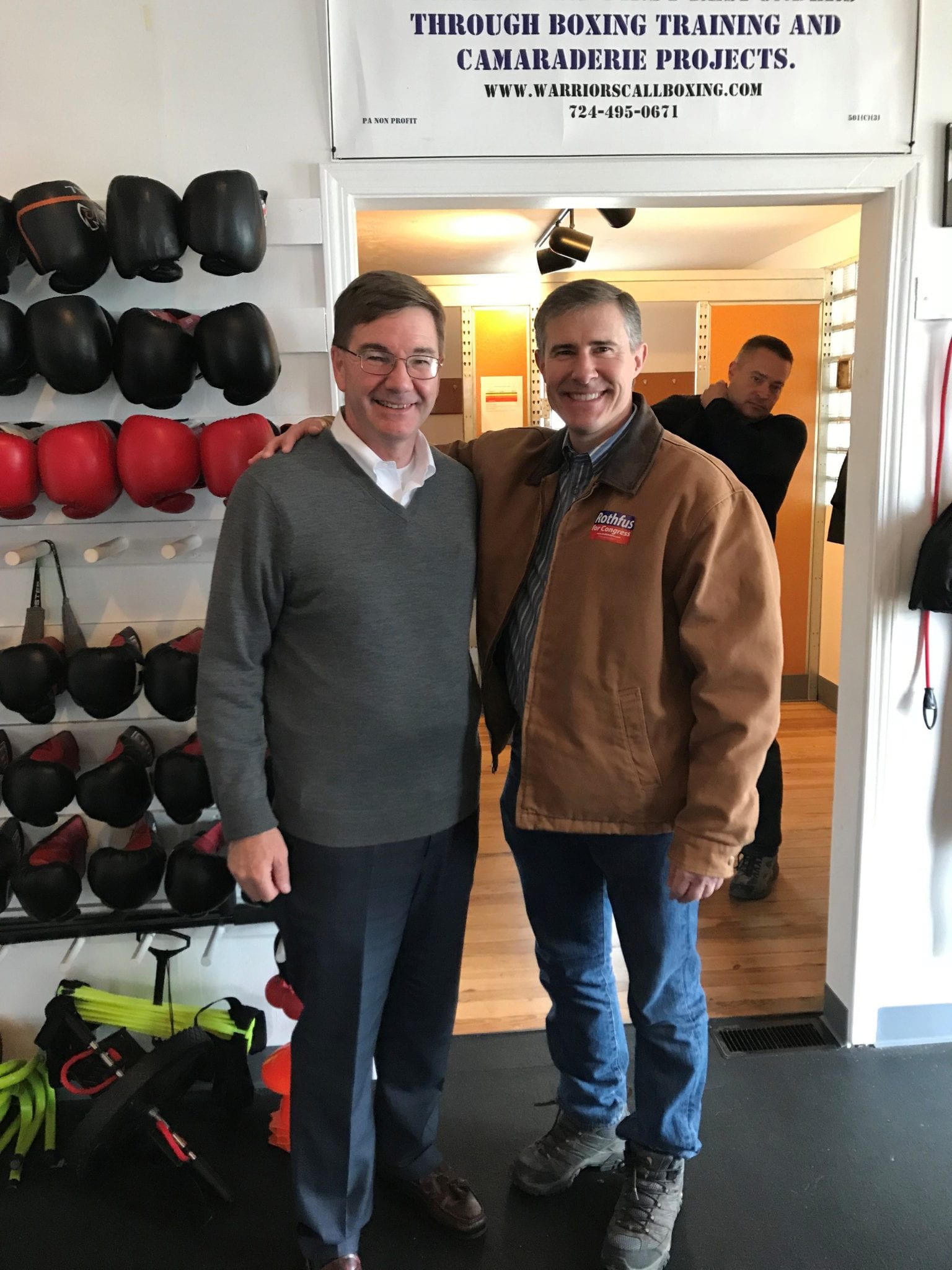 Republican Congressman Keith Rothfus of Pennsylvania’s 17th congressional district is fighting to keep his seat in the only incumbent vs. incumbent election of the year. Democrat Conor Lamb, aka “Lamb the Sham,” the nickname lovingly bestowed by President Trump, is trying to push Rothfus out.

Earlier this year, the Pennsylvania Supreme Court dramatically redrew the district lines to favor the Democrats. This was sponsored by a Democratic effort to reduce the effects of Republican gerrymandering within the state.

The Wall Street Journal remarked that “The Supreme Court has never found a partisan gerrymander unconstitutional, in part because political motivations are an accepted part of the redistricting calculus.”

The decision, however, sets dangerous national precedent. The American Thinker reports that “Democrats in PA are attempting to do through the courts what they were not able to do at the ballot box,” and that “Seldom in our nation’s history has a state Supreme Court usurped the constitutional role of the legislature in drawing congressional boundaries.”

As the Wall Street Journal writes, there are dangerous ramifications for the House elections. This redistricting is giving the Democrats an unfair advantage in the midterm race for the House.

Rothfus and Lamb are now pitted against each other as a result of the redistricting.  Rothfus in turn faces a new, unplanned for opposition and a new constituency.  The shift has stripped him of thousands of voters he had spent years building relationships with.

Trump won Rothfus’s previous district, District 12, handily by about 20 points. The margin of District 17 would have been a 2.5 points.

Early morning last Friday, October 26, a small group of intimate devotees and veterans met in the Warriors’ Call Boxing center to hear Rothfus and war hero Scott O’Grady speak. Warriors’ Call Boxing works to rehabilitate disabled war veterans by providing them with a means to build confidence and to strengthen their mind and their body. Warriors’ Call has been incredibly successful at giving vets a second chance at a more fulfilling life. Rothfus’s support of veterans has also been instrumental. He has fought for the healthcare that veterans deserve, by draining the VA swamp and pushing for access to private treatments.

O’Grady joined Rothfus on stage to support his friend, and to talk to the veterans about his near-death experience in Bosnia.

O’Grady’s story was an instant headliner. He was making a routine tour of the Bosnian airways in his F-16, enforcing the no-fly-zone.  Unbeknownst to O’Grady, missiles had been drawn up underneath and were launched to intercept him on his flight path. O’Grady’s plane was blown to pieces, but he managed to make it to the ground, sustaining second degree burns.

The Serbians began a mad hunt for O’Grady. He heard shots fired into the trees as the Serbs hunted him down and hoped to land a lucky shot.

Multiple times, the armed Serbs passed within feet of O’Grady. To avoid giving away his location, O’Grady, at a speech at Coca Cola, remembered that it would take him half an hour to move his hand and scratch his arm.

O’Grady told me that his “faith in God,” the love for his family, and the love of country were the three things that kept him positive and motivated his sense of “duty and responsibility to… survive”.

After six days of hiding in the Bosnian wilderness, he was rescued.

The rescue mission was nothing short of miraculous. Not only was the rescue performed in broad daylight, as Secretary of Defense Perry bemoaned, but the team of Marines that carried out the heroic mission, Perry said, took no more than two minutes to land, grab O’Grady, and whisk him into the helicopter.  Shortly thereafter, the heroes and the helicopter narrowly fell out of death’s grip, as enemy fighters assailed them with gunfire.

In response to O’Grady’s incredible story, multiple movies and documentaries told his story, O’Grady graced the front cover of Time magazine (June 19, 1995); O’Grady detailed his incredible story in his New York Times bestselling book, Return With Honor; O’Grady has appeared on Fox News, CNN, The History Channel, among many other outlets.

The hero was grateful to be able to help Rothfus’ campaign, and thankful for the opportunity to volunteer.

O’Grady said he tried to “do what I could to support Keith.” On the campaign trail, O’Grady was inspired by the heartfelt support he saw within the campaign and without.

He saw “a lot of good people there” within Rothfus’s operation. He was inspired by the care with which the younger generations contributed to the community. “It’s really about your future,” he said to me, as he explained the comfort he felt from seeing so many involved young people.

Contrary to the common wisdom of the polls, O’Grady told me that “I felt there was a good response.” He said he was “encouraged… not only by Republicans” but also by swing voters and Democrats.

While he, Keith, and the other volunteers were at the campaign office, O’Grady reported that two Democrats came into the room and announced:

“We’re Democrats and we’re going to vote for you.”

Little did anyone know that two Democrats would come in to donate to Rothfus’s campaign and leave with bright red, white, and blue “Rothfus for Congress” yard signs in hand.

And it wasn’t just those two Democrats. “There were others.” O’Grady confidently reiterated his faith in the bipartisan swing coming Rothfus’ way.

Not surprised by this response, O’Grady attributes the change of heart to the timelessness and authenticity of Rothfus’ message. O’Grady explained that to Rothfus, “It’s not about being a Republican or a Democrat, it’s about being an American.”  The hero firmly assured me that Rothfus’ “values don’t wary.”

O’Grady said that somewhere around 7 in 10 people who O’Grady came in contact with while campaigning said they would most likely vote for Rothfus. “It’ll be a close race right until the very end,” reports O’Grady.

RealClearPolitics shows Rothfus down 12 points in the polls. But internal polls say that the race is much closer. O’Grady reminded me that prior to 2016, prominent pollsters marked Trump 8 points behind Hillary much within the “same time frame.”

Similarly, O’Grady strongly believes that “Democrats are not going to take the Senate.” In fact, O’Grady supposes that Republicans might end up gaining one or two seats.

A man who has risked it all for us, who is owed everything and owes nothing, was compelled to honor and volunteer for this Congressman; this speaks volumes of the man and of the cause Rothfus embodies.