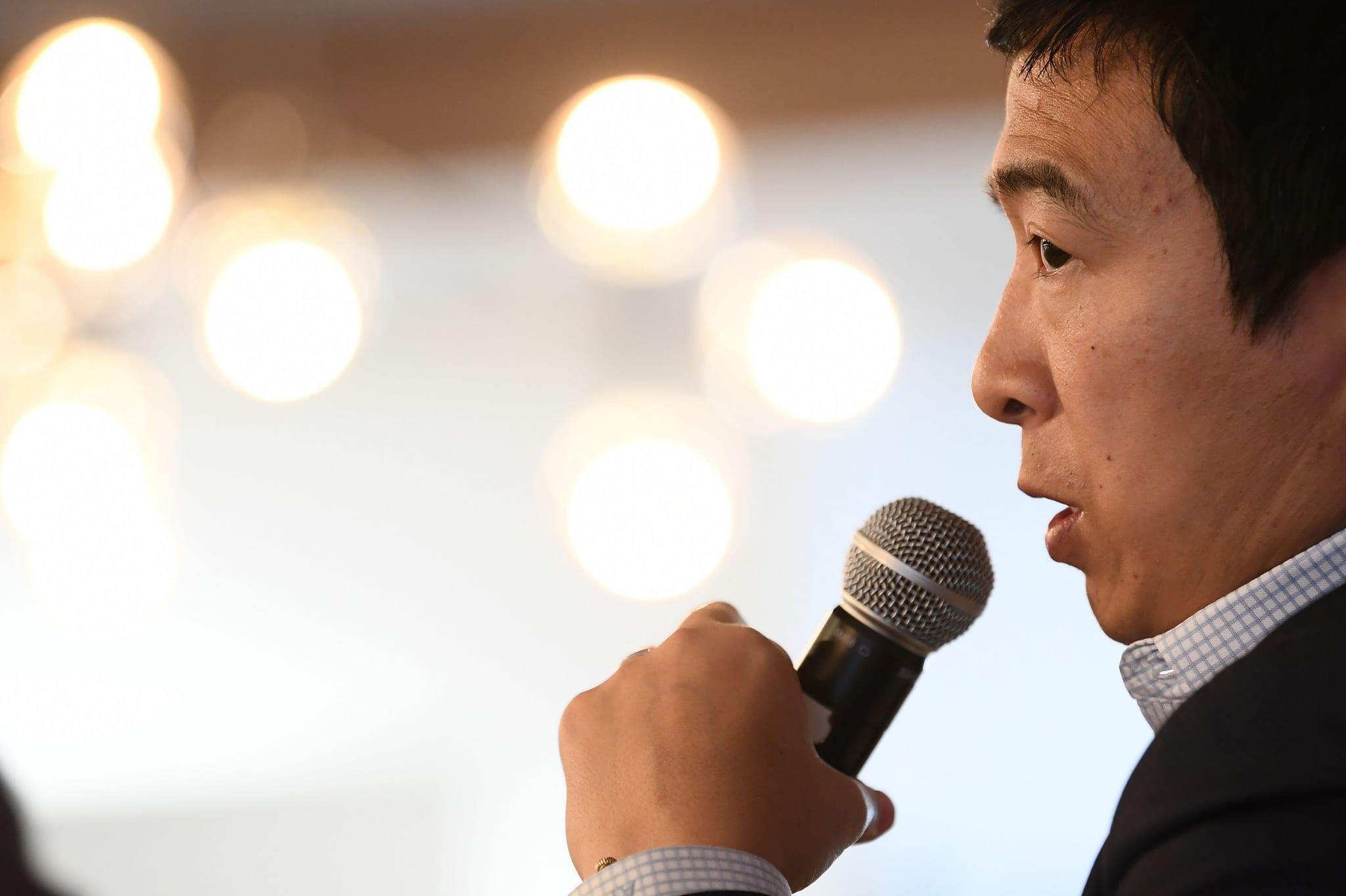 Last week, Andrew Yang became the second announced Democratic candidate for president to surpass the 65,000 individual donation threshold to be on the stage in the televised Democratic debates. Yang is the son of Taiwanese immigrants and has a law degree from Columbia. He is a serial entrepreneur and co-founder of Venture for America, a group that helps get start-ups off the ground in cities like Baltimore, New Orleans, and Detroit to create jobs. The field for the 2020 Democratic primary has been crowded from the start, but now, Yang’s upsurge in popularity is shaking things up even more.

It is telling that a heretofore unknown candidate managed to achieve the debate threshold well before many politically well-established contenders. Also of note is the very low average donation to Yang’s campaign. With a $19 average donation, Yang jokes that his fans are “even cheaper than Bernie’s” and he doesn’t mean this in a negative way. He is clearly pleased by the volume of small, individual donations that his campaign is receiving. His campaign has also developed a sort of cult following. Referring to itself as the “Yang Gang,” this cohort of close followers has begun to quickly grow on the internet, mostly on Twitter and on other social media platforms where they generate memes in response to everything Yang does.

Yang’s campaign is centered around three key policies, the forefront of which is the “Freedom Dividend,” a universal basic income of $1,000 per month. His logic for this policy is that innovation is moving faster than job creation, leaving many people behind. In his description, this new crisis is on a fairly short timeline: “New technologies — robots, software, artificial intelligence — have already destroyed more than 4 million US jobs, and in the next 5-10 years, they will eliminate millions more. A third of all American workers are at risk of permanent unemployment. And this time, the jobs will not come back.”

Yang states that this loss in jobs is much of what drove Donald Trump’s win in 2016, and thinks that people’s concerns in this area need to be responded to. Yang criticizes the ideas that brought about President Trump’s election without demonizing the president’s voter base, which sets him apart from the majority of the hardcore anti-Trump primary field. Yang’s $1,000 a month payout is certain to draw in some of the Democrats’ base, and the way Yang frames the issue will force other candidates to answer uncomfortable questions, which will result in countless cases of foot in mouth soundbites.

The other two issues around which Yang’s campaign centers are a single-payer healthcare system, and something that he calls “human-centered capitalism.”

His logic for the institution of single-payer is that it would make it easier to start a business and for existing businesses to increase the proportion of their workforce that are full-time employees. On his website, Yang says about the issue, “Access to quality healthcare is one of the most important factors in overall well being, and yet America is one of the few industrialized nations to not provide healthcare for all of its citizens.” On healthcare, he is much nearer the Democratic orthodoxy than he is on nearly any other issue. Whereas his other plans come off as semi-unique takes on familiar policies, this one could just as easily be found almost verbatim on the platforms of a handful of other popular Democratic candidates, and his version is no more likely to create a good system than theirs is.

What “human-centered capitalism,” his third policy plank, means for Yang is a system that utilizes the structure of capitalism, but aims intentionally toward the common good. He describes the general structure of the idea as being “geared towards maximizing human well-being and fulfillment,” with three central tenets:

This is a reimagining, and redirecting of capitalism, and is framed in terms that many people are very likely to find a connection with. It’s not free market capitalism by a long shot, but it also rejects the view of capitalism as fundamentally evil that is so often at the forefront of Democratic discourse at present. This idea is likely to appeal to voters who want to embrace socialism-lite without naming it as such.

Yang’s ideas aren’t that far out of the traditional Democratic zeitgeist, but he does bring a new voice that will draw a contrast with the other candidates in the primary. He’s said some downright alarming things about gun rights and student debt forgiveness, and his healthcare policy isn’t much off from the other Democrats, but as a candidate without much chance himself he may serve to highlight some hypocrisy and unlikability in Democratic front-runners during the debates.

Yang is interesting, not because his policy itself differs significantly from that of other Democrats, but because he sounds different, and may highlight the shortcomings of his primary opponents. A political outsider and entrepreneur, he exudes intelligence without seeming overbearing and appears concerned without seeming paternalistic. One does not get the sense that he grew up hoping to one day rule over other people. This characteristic alone will create a stark contrast with the likes of Warren, Harris, Booker, and Gillibrand. His presence in the debates is almost certain to create unease among the predictable frontrunners. Because he himself does not have much chance of getting elected, this role as a foil for the other candidates will probably be the main outcome of his candidacy.

In his interview on Joe Rogan’s podcast, he made clear that he does not care about winning as much as he cares about the advancement of his ideas. When asked if he was concerned about other candidates coopting his platform, he said he’d welcome the spread of his ideas. It is hard to imagine the other Democratic candidates having the same sentiments, and this too will make him stand out to voters, and may cause him to draw support away from frontrunners in an already contentious race.

Yang has a well fleshed out array of policy positions, ranging from the expected, to the nonsensical, to the innovative. He’s is also a hard candidate to put in a box or ascribe a particular ideology to, which makes him a complicating force for many Democrats seeking to sail to the White House on a tide of anti-Trumpness alone.

Whether he has a chance at the White House or not, Andrew Yang may yet be an important force in shaping the Democratic primary and platform this election cycle.