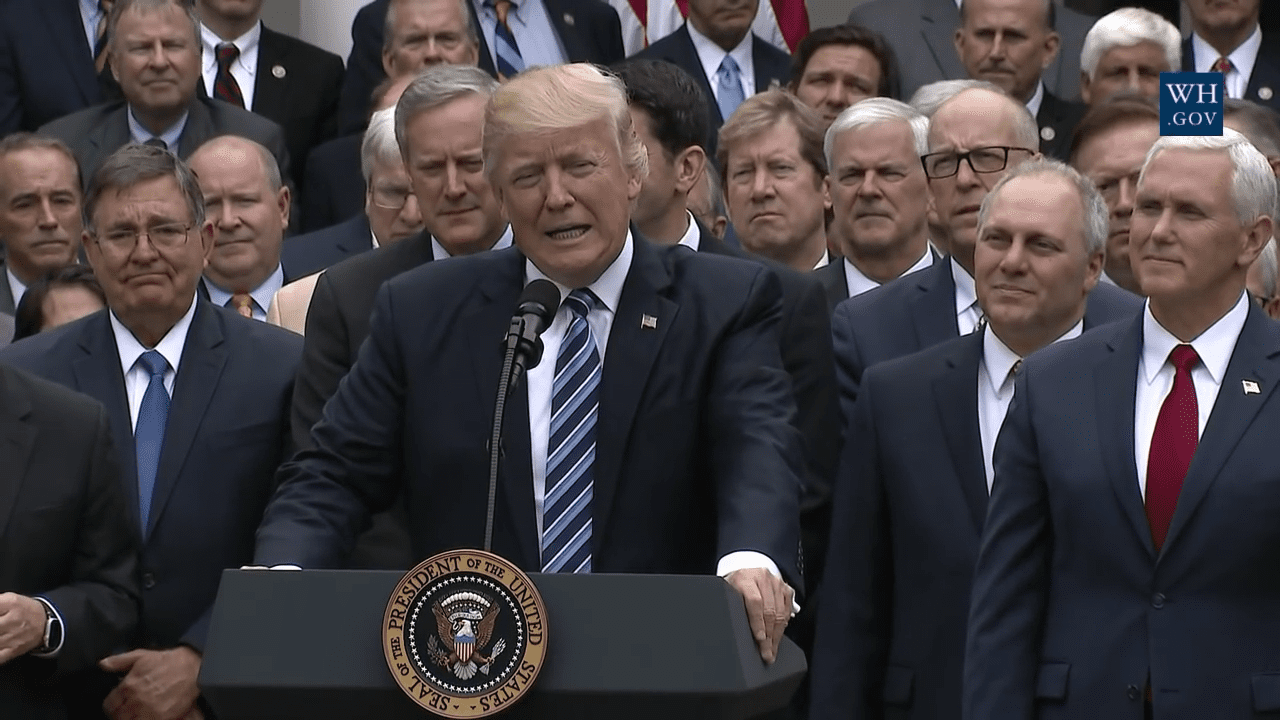 Voters cited healthcare as the top issue in the VoteCast poll of more than 100,000 Americans conducted by the Associated Press. Democrats ran hard on healthcare. Democrats won back the House of Representatives.

This seems more causation than correlation.

Sure, Democrats did not exactly beat Republicans the way the Harlem Globetrotters beat the Washington Generals. But they won, and they ran on healthcare — just like Republicans in 1994 won, and they ran on the Contract with America. Other factors, such as the tendency of voters to punish the party in power, surely influenced the results. But voters did not cite them to pollsters. They cited healthcare.

“The president is desperate to change the subject from health care to immigration because he knows that health care is the number one issue Americans care about,” Nancy Pelosi and Chuck Schumer explained in a prepared statement in the leadup to the election. “Mitch McConnell, Paul Ryan, and Republicans in Washington are making a mess of our health care system, causing premiums to increase and care to decrease while threatening to gut protections for pre-existing conditions. Democrats are focused like a laser on health care and will not be diverted.”

Some Democrats, though, did get diverted. Think of Beto O’Rourke, talking about abolishing Immigration and Customs Enforcement (ICE) and saying there is “nothing more American” than kneeling for the national anthem — in Texas, no less. He lost. Collectively, Senate Democrats spent over a month making Brett Kavanaugh, not healthcare, the reelection issue. Joe Manchin, the lone member of the bunch to support Kavanaugh, won reelection. Heidi Heitkamp, Claire McCaskill, Joe Donnelly, and Bill Nelson, all Kavanaugh “no” votes, received more “no” than “yes” votes from their constituents on Tuesday.

In other words, one imagines that if Democrats actually “focused like a laser on health care,” they might have enjoyed their Tuesday evening more. That Pelosi and Schumer blame Trump for America’s healthcare woes a few short years after they purported to solve said woes through Obamacare seems ironic and unfair and hubristic. But this is politics, where the players blame problems on those in power rather than on what caused them.

Beyond the endlessly escalating price of healthcare, the knowledge that people like us in countries like ours spend much less on healthcare yet live longer, healthier lives vexes many Americans. Canada, France, Australia, and Japan, for instance, spend less than half of what we spend per capita on healthcare. Somehow, Canadians, Frenchmen, Australians, and Japanese all live about three years or more on average longer than Americans do.

The Trump administration cannot count healthcare reform among its many successes. Donald Trump conceded as much during his battle royal of a press conference on Wednesday.

Election Day losers often ensure future defeats by excusing away the cause of their rejection. They did not lose, the Russians hacked the vote, the opposing candidate broke the rules by hiding his Kenyan birth, the Supreme Court stole the election, a short gazillionaire from Texas siphoned votes rightfully belonging to their candidate, etc. Senate Democrats endanger future Senate Democrats by dismissing the Kavanaugh effect. House Republicans endanger future House Republicans by ignoring healthcare.