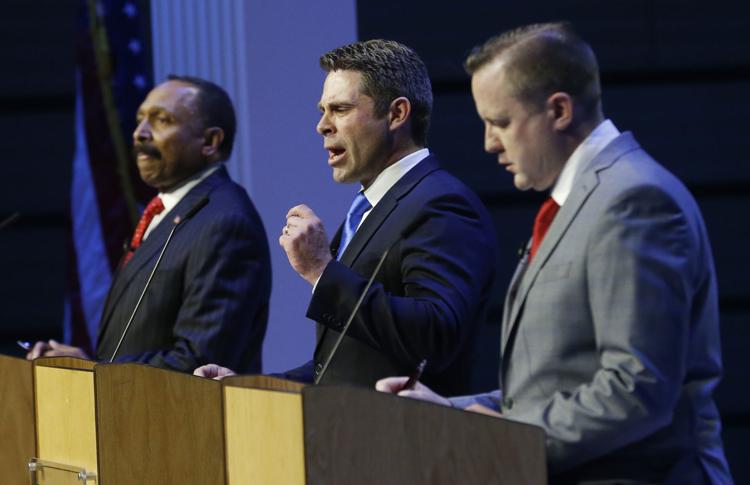 On Tuesday, June the Republican Party in the Commonwealth of Virginia will be selecting their nominee for the United States Senate. Though chances seem dim amid consistent statewide losses over the years despite gargantuan efforts in the polarized and increasingly-blue state, I personally will be voting for Virginia State Delegate and former U.S. Army Special Forces Sergeant First Class Nick Freitas.

Though I’ve participated as party official, nominee, media commentator, activist, and staff in Virginia Republican politics I initially found the primary race uninteresting. However recent events have caught my attention, specifically in the “tough guy” challenges and personal attacks issued by one of Freitas’ opponents, Prince William County Board of Supervisors Chair Corey Stewart.

Freitas has served this country honorably in uniform, serving from 1998 to 2009 in the United States Army and more specifically in the Green Berets’ 1st Special Forces Group. Making two tours of duty to Iraq, he eventually attained the rank of Sergeant First Class.

Serving in the U.S. Army Special Forces is a task of immense strain, sacrifice, contribution, and duty. With the motto “De Oppresso Liber” (“to free the oppressed” in Latin), they are one of the most essential sword and shields of our country’s military forces.

The Special Forces engage in missions ranging from reconnaissance to rescue, amid many other covert and political operations, performing missions of special danger and sensitivity.

Amid Stewart’s many issues, he has personally demeaned, including but limited to calling him “Cryin Nick” to insulting his last name, a distinguished veteran like Freitas. This is despite no service or attempted service seemingly to this country that comes even remotely close or initial personal attack by Freitas. That situation is in my opinion representative of one of the greatest problems in our national spirit today.

In our national discourse we regularly nowadays see figures of honor and accomplishment demeaned and degraded by those who have not remotely earned the authority to make such attacks.

Distinguished leaders of duty to country such as former Generals John Kelly and James Mattis last year, and recently with Admiral Ronny Jackson, amid many, many others, are torn apart by those who have never served or attempted to serve a day in sacrificial roles to the larger.

This state of our national discourse has twisted not only our country’s political activities, but our very cultural spirit. It not only demeans those who have contributed to our country in their own many ways, but encourages putting oneself above one’s duty as a citizen of the republic to make a contribution.

We see this recently in Google’s abandonment of the Department of Defense’s Project Maven. Project Maven is aimed at reducing civilian casualties of war through increasing the accuracy of drones.

The technology will be developed eventually and it is essential to America’s security to have it, but Google catered to protests from some employees and yet at the same time engages in data-sharing deals with China, who has attacked and hacked the United States repeatedly in recent years.

As an issue beyond left and right, former NYC Mayor Michael Bloomberg recently denounced Google’s actions as “bow[ing] to pressure instead of standing up for our country…a defeat for U.S. national security, patriotism, and the cause of limiting civilian casualties in war.”

In the Virginia Senate race it is essentially the same situation again. Whatever policy matters and electoral math, to demean one like Freitas who has served this nation with such distinction seems be normal and commonplace nowadays, but it shouldn’t be.

On Tuesday, June 12, I will personally be voting for Nick Freitas in the Senate GOP primary. Even if shifting our discourse and culture seems difficult, or near impossible, every bit of effort contributes to the greater whole – and eventually may make a difference. Whatever the result, it is important to make a stand for what’s right for our country and I believe this is the right thing to do then.