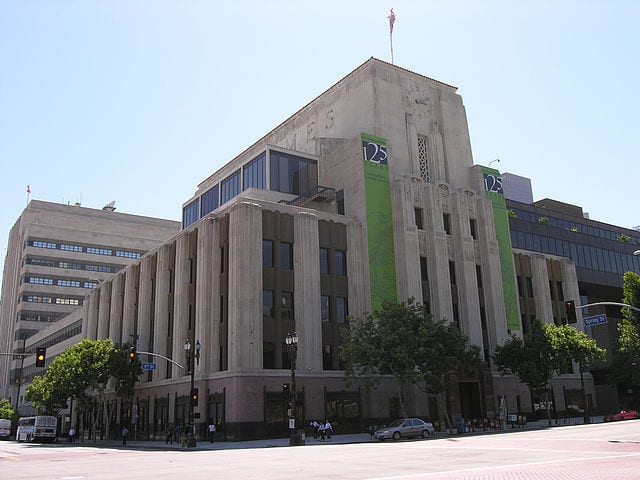 The editors of the Los Angeles Times were evidently in such a snit after reviewing the results of yesterday’s California primaries that they were unable to sleep. At 3 a.m. this morning, they delivered themselves of a 465-word diatribe wherein they reprimanded the Golden State’s Democrats for their sloth.

Published under the title, “If Democrats want a blue wave, they need to try voting,” it’s well worth a read — and not merely for the copious amount of schadenfreude that it will provide conservatives in general and Republicans in particular. It clearly explains exactly how the good guys can win nationwide on November 6.

After noting that voter registration numbers in the state were bad for the Republicans this year — they evidently hit new lows — the editors opine that this encouraged Democratic Party operatives to take a “blue wave” for granted. They expected to win as a matter of course. Then the editors deliver what they see as distressing news:

That didn’t happen. Instead, this ever-shrinking political minority scored an outsize success on Tuesday.… Republicans won a spot in the gubernatorial runoff against Gavin Newsom in November… while their candidates easily finished first in the seven Republican-held congressional districts that Democrats had targeted.

As one reads this editorial with a sigh of sheer contentment, it is almost possible to hear the Times Editorial Board grinding their teeth. Indeed, this is particularly true when they force themselves to explain the blindingly obvious to the Democratic Party establishment whose praises they so often sing:

How did Republicans pull off such a feat? It’s simple: They voted. Registered Republicans (along with those who may be Republican in spirit, if not party affiliation) simply cast ballots in greater numbers than Democrats and their liberal allies.

The editors go on to lament that this isn’t a strategy that requires a crew of rocket scientists, noting that even the Democrats manage to deploy it successfully in the Bay area. After further fuming about “the mess that inadvertently dropped 118,522 Angelenos from the rolls,” they issue the following admonition:

It’s a simple calculation that too many Californians don’t seem to get: If you want to change leadership, you have to take the time to vote.

The Times Editorial Board is right, but lefties tend to be complacent and lazy. All the good guys need to do in November is contemplate the consequences of a Democratic takeover of the House or Senate, and then emulate the Republicans of California. As their Democratic opponents just demonstrated, sitting home is for losers.

3
Hither and Yon
The Long, Slow Death of ESPN
by Scott McKay