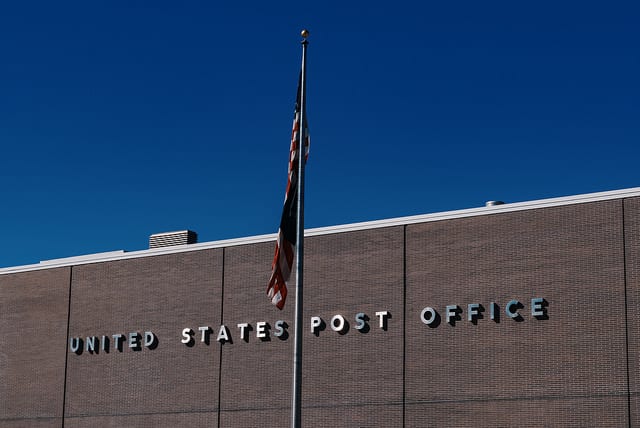 The USPS reported last week that it lost $3.9 billion this past fiscal year, a $1 billion jump from its losses in 2017. The postal service continues to hemorrhage money, having posted losses every year for the past decade.

While the reduction in first-class mail by 3.6 percent was a big hit, since that is the USPS’ biggest source of revenue, the postal service faces the same issue as many government entities – increased costs for pensions and retiree benefits.

Fox Business reported that the USPS now owes more than $120 billion in debt and unfunded liabilities.

The Postal Regulatory Commission has approved some increases in rates for 2019 that will take a bite out of customers to help rectify some of the USPS woes. That includes a record 10-percent increase in the rate for first-class stamps. The cost of a “Forever” stamp will go from 50 cents to 55 cents beginning Jan. 27.

Among the other rate increases is a boost in the rate of Priority Mail by 5.9 percent.

“The [U.S. Postal Service Board of] Governors believe these new rates will keep the Postal Service competitive while providing the agency with needed revenue,” the USPS said in a statement.

The USPS has faced pressure from the Trump administration over its financial issues, and President Trump – as well as many free-market advocates – have criticized the postal service over a shipping deal it made with Amazon that reportedly has the USPS delivering packages for the online retail giant below its actual costs.

Now the USPS says its wants to increase the rates it charges third parties like Amazon by 9 to 12 percent.