In Print — Summer 2020,Top Story American Dream,Brexit,Britain,COVID-19,UK A Silver Lining Over the Atlantic - The American Spectator | USA News and Politics
Menu
In Print — Summer 2020
A Silver Lining Over the Atlantic
COVID-19 could bring a golden new era for the special relationship.
by Robert Taylor
ImageFlow/Shutterstock.com 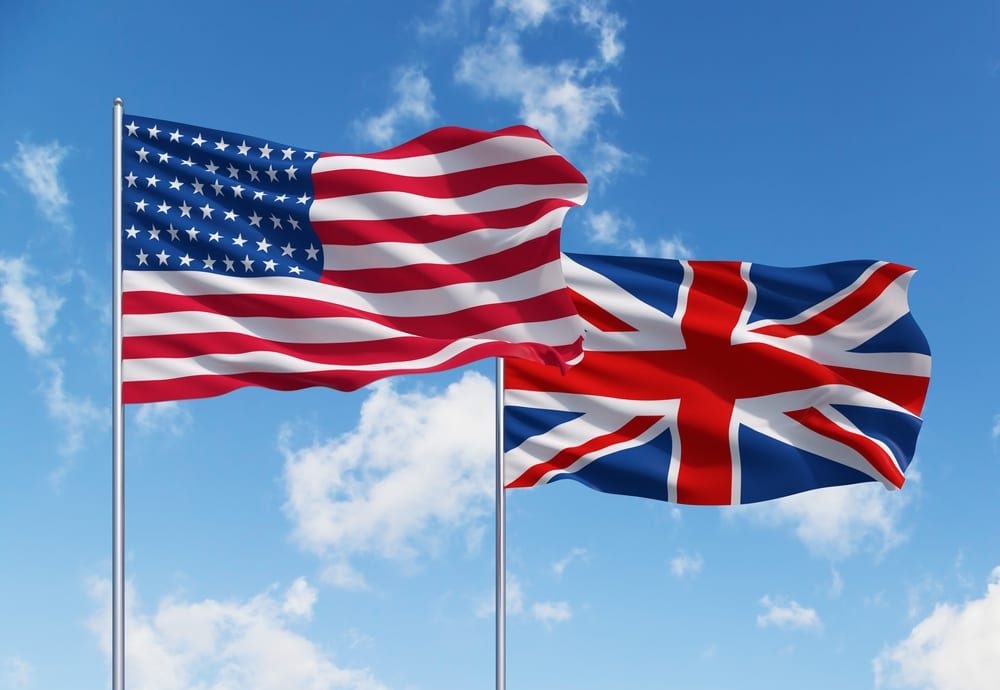 At a time of crisis, we need hope more than ever. We need positivity and optimism. We need the American Dream. What is the American Dream exactly? Being a Brit, I didn’t really know, though I had a foggy notion of a can-do, anyone-can-make-it, over-the-rainbow sort of spirit. So I looked it up on Wikipedia, and it turns out I wasn’t too far wrong. To summarize, the American Dream is a national ethos that fosters prosperity and success on the basis of social mobility and rewards for hard work and enterprise.

That sounds good and noble to me. But I’d suggest it should apply, especially now, not just to America, but far beyond its shores, to all those willing to embrace it. Because a health-care crisis has become an economic crisis so unprecedented that it dwarfs even the global meltdown of 2008 and, in fact, anything since the Second World War. It’s ripped up all those jolly assumptions we had at the start of the year. It’s as though our world economy has been run over by a bus, which appeared out of nowhere with an evil grin on its face.

To repair the massive damage, to dust ourselves down, recover from the shock, and get back up on our feet, we need cooperation between leading states in terms of economic intervention and health resilience.

And who can lead this cooperation? Well, let’s think. The UN? No way — too many competing interests. China? Nope. There’s no trust, especially since this whole thing appears to have started in or near some filthy live- animal market in Wuhan, followed by weeks of obfuscation and denial.

The EU? Are you kidding? Once the coronavirus hit, the sham that is the European Union was rapidly laid bare to anyone who cared to look. Sooner than you could utter “Je suis Européen,” just about every EU country closed its national borders, forgetting that they’d spent the last twenty years committed to free movement of people and ever-closer union. And, straight after that, the richer countries of Northern Europe got all surly when asked to provide financial assistance to those in the south — Italy and Spain — whose weak economies left them helpless to fight the storm.

Ever-closer union? Solidarity? Only when the sun’s shining. As soon as trouble approaches, it’s every nation for itself. That’s why the EU will ultimately fail, just as will any attempt to sacrifice national sovereignty on the altar of economic theory.

No. Just as in 1945, with the establishment of Bretton Woods as a basis for the global economy and international security, only the USA can lead us out of this crisis. The American Dream must become an international reality.

But it will be nothing more than a fantasy unless it recognizes just how much the world has been changed by this vile virus. All right, it’s early days, but it’s already clear that nations throughout the world, while resisting any more damaging slides towards protectionism, will need to be a whole lot more careful about whom they trade with, a lot more diligent at how they manage their supply chains for essential goods and services — from oil to ventilators and protective face masks — and a whole lot more suspicious of the narrative of globalization. In other words, any new settlement must consider that countries will want to do business with trusted partners and friends, who stick together when the going gets tough, not pull apart at the first sign of difficulty.

Dare I say that there are few nations that trust each other more, and have a stronger recent history of standing side by side, than the U.S. and UK? Even before all this, discussions about a grand trade agreement were advancing apace. Now, with the EU in yet another free-fall, existential crisis, the U.S.–UK relationship will be more valuable and, yes, more special, than ever. For if there’s one country that can be relied upon to support the U.S. in its leadership, to play first lieutenant to the U.S.’s captain, it is, of course, we, here in the UK.

But I’d go further, and ponder, as many others have, whether or not a broader understanding between the U.S., UK, and other major English-speaking countries could now come into its own.

For years, a range of academics, economists, and politicians across the UK, Canada, New Zealand, and Australia, recognizing their common language, history, cultural understanding, head of state, and deep- rooted, intertwined identities, have advocated closer cooperation between their respective nations in the CANZUK movement (it’s an acronym — get it?). While Britain has been pulling away from the EU, it has quietly been moving towards its English-speaking brethren.

The U.S. is the logical fifth, and most important, partner in this movement. Can these five countries work together now, not just for mutual benefit but to lead the world towards a new global order? Of course they can. In fact, they’ve been quietly cooperating, almost literally below the radar, for years. Not many people have heard of “Five Eyes,” but it’s a long-standing intelligence pact involving just those five Anglophone countries. And we don’t even need to ask, do we, why they work so well together, even though they’re spread right across the world. You got it. Trust.

What works in intelligence can work more broadly, across trade (indeed, their alliance would be a bigger trading association even than the EU) and security. No lesser a geopolitical forecaster than George Friedman describes them, acting in concert, as “The New Global Force” — and that was even before COVID-19 wrought its destruction.

Maybe I’m an idealist, but I see a massive opportunity from this crisis for old friends, pulled apart by a decades-long narrative that encouraged crude, regional trading blocs while derisively snorting at the nation state and historic trading links, to come together once again.

Wouldn’t that be truly special.

Robert Taylor is a London-based writer, journalist, and communications consultant.