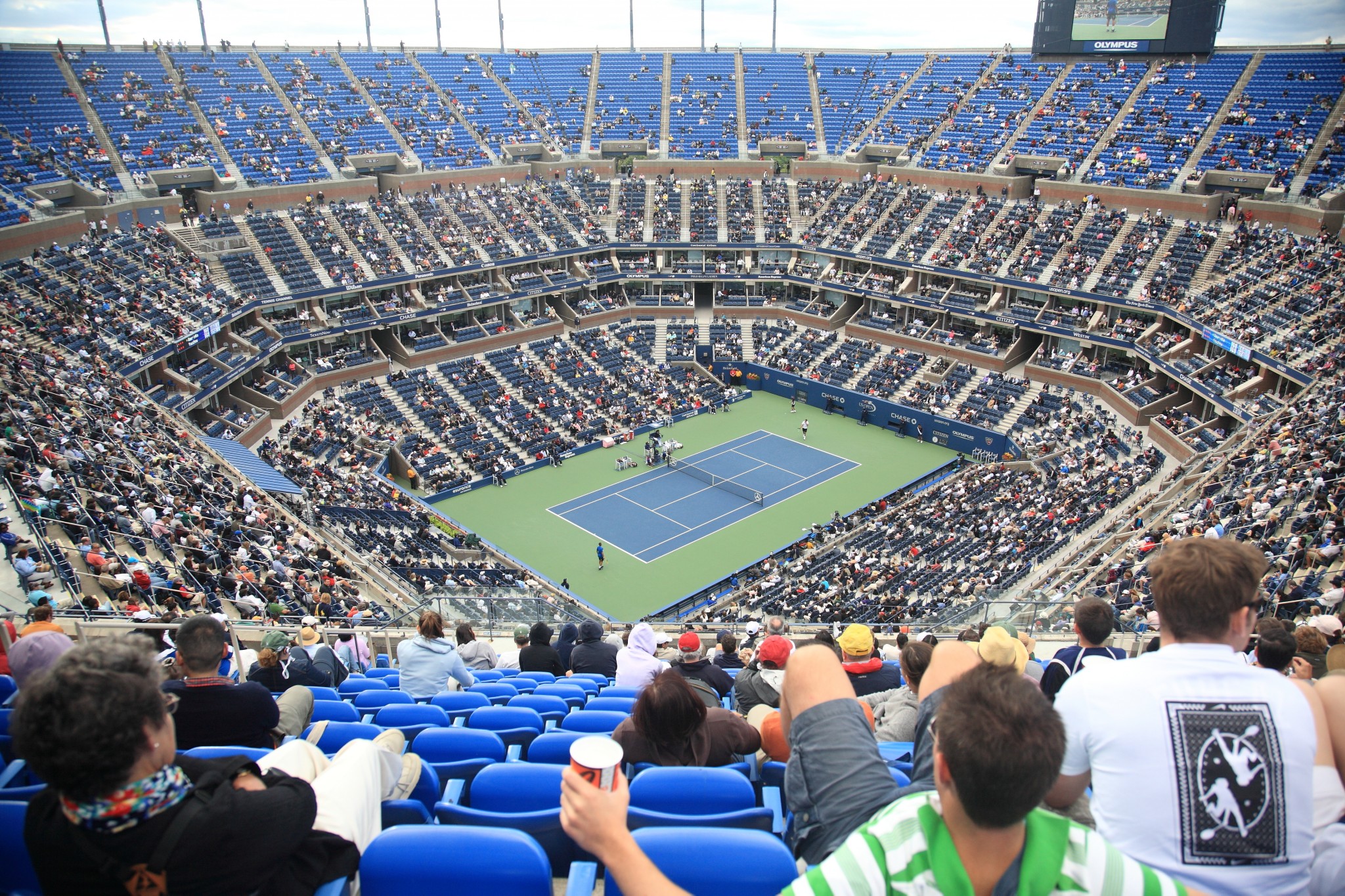 The U.S. Open today marks the second week of the tournament with Military Appreciation Day, which was renamed Lt. Joe Hunt Day two years ago. Hunt, who served in the Navy during World War II, was the only player to win the U.S. boys’, junior, collegiate, and men’s singles championship.

While on leave from the Navy, Hunt won the 1943 U.S. Nationals, which is now known as the U.S. Open. Soon thereafter, he applied to flight school. In 1945, he died at the age of 25 when his Grumman Hellcat went down in a training run off the Florida coast.

Joe Hunt represents the best kind of man America has. The United States Tennis Association does right by remembering this every year and saluting men and women who are inspired by the same honor, courage, and service.

It is best not to mix sports and politics, but it is well to mix sports and history. We are in danger of forgetting our own history and this day is a reminder that freedom has a price even though it is priceless.

This year’s Joe Hunt Day specially honors the memories of the fallen heroes of 9/11, whose families will be presented flags by the commandant and superintendents of the military academies. These include New York City police officer Joseph Vigiano and his New York City firefighter brother John Vigiano Jr., who both died at the Twin Towers; Joseph John Pycior Jr., a aviation warfare systems operator on duty at the Pentagon on that day; and LeRoy Homer Jr., the First Officer of United Airlines Flight 93.

Sports are celebrations of grace, beauty, and skill and, thereby, youth, who are our future. The tragedy is that the future requires sacrifices in order to stay real. For our children’s and grandchildren’s future to stay real, there must be Joe Hunt’s, LeRoy Homer’s, and the young heroes of August 26 who give their lives for freedom.

Even as we weep for youth cut down before their time, we honor and applaud youth in the fullness of life.

This year, the U.S. Open looks more than ever like a celebration of youth and the future. Young Californians played magnificently in the first week, and the one to emerge, Jenson Brooksby, is a 20-year-old wild card entry who will play against the world No. 1 and top seed Novak Djokovic tonight for a place in the quarters. He beat another young Californian, Taylor Fritz, in a tight five-set match of skill and guts, and the two of them have a neighbor in Zachary Svajda, who, at 18 and also carrying a wild card, made it to the second round.

Brooksby is joined by Missourian Reilly Opelka in the second week, who will have a shot at Djokovic if “J.T.” falls short — which no one should bet on, as Brooksby has an intelligent and resourceful game. Spanish teen phenom Carlos Alcaraz, who has been winning five setters as if he were inexhaustible, including one against the world No. 3 Stefanos Tsitsipas, is also one to watch.

It may be that the vision of youth at this year’s Open is due in part to the absence of many of the great players of the past 15 years. Rafael Nadal, to whom Alcaraz is compared, is out with a foot injury, and Roger Federer is facing his third knee surgery. Both Serena and Venus Williams had to withdraw prior to the tournament, as did the defending men’s champion, Dominic Thiem, whom Mr. Pleszczynski persists in thinking of as Vietnamese, though in fact he is from Vienna and looks it.

Silliness and skill, guts and glory, triumph and tragedy, we play and watch sports to remember who we are as individuals, as Americans, to remind ourselves whom we wish we could play with one more time.