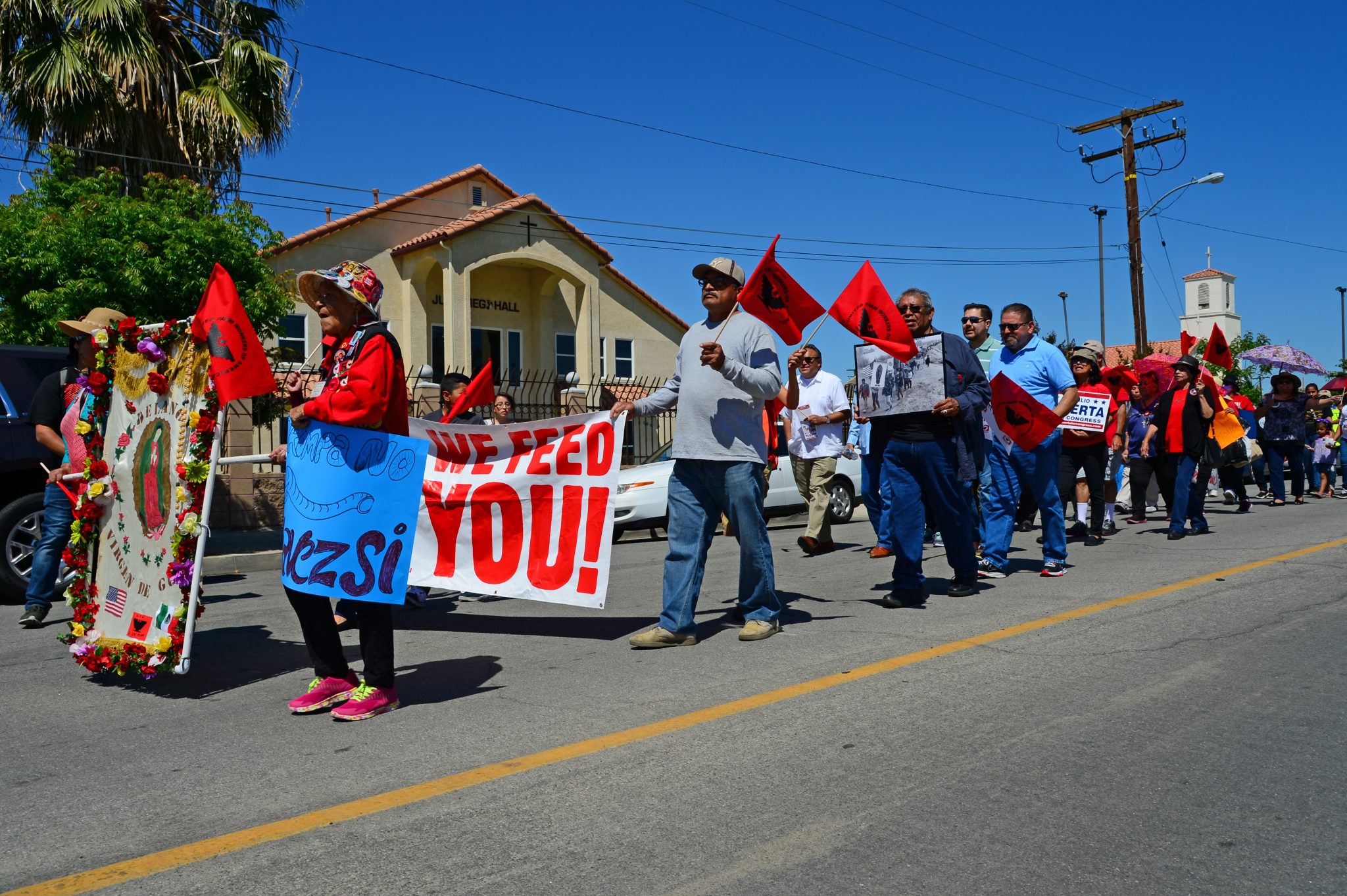 In their zeal to promote unionization, California regulators and lawmakers have long taken a lackadaisical approach toward property rights, which shouldn’t surprise anyone who follows the antics of California’s progressive government.

One of the best examples was the California Agricultural Labor Relations Board’s (ALRB) 1975 “Union Access Regulation,” which gave farm workers’ unions the right to show up at farms and spend up to three hours a day, 120 days a year recruiting members.

Property owners couldn’t do anything to limit the union organizers, even if they employed outrageous tactics. The union-friendly ALRB is hardly a fair-minded arbiter of such disputes, so growers had to put up with such intrusions. The regulation bans “disruptive conduct,” but it defines that mainly as causing injury to “crops and machinery” and does not consider “speech by itself” to be disruptive.

During the 2015 harvest, workers at Cedar Point Nursery near the Oregon border “were suddenly shocked when a crowd burst through the doors and made their way through the building, barking through bullhorns that the workers needed to join the UFW,” according to the Pacific Legal Foundation. The group filed a legal challenge to the rule on behalf of Cedar Point and Fresno-based Fowler Packing Co., which endured a similar invasion.

Fortunately, the U.S. Supreme Court on June 23 sided with the growers and rejected California’s Constitution-shredding union-access rule. The vote was 6-3 and fell along ideological lines, with the court’s conservatives viewing the regulation as a clear violation of the Fifth Amendment’s takings clause – something that applied to the states through the 14th Amendment.

It’s hard to argue with the court’s logic. “California’s access regulation appropriates a right to invade the growers’ property and therefore constitutes a per se physical taking,” wrote Justice John Roberts for the majority. “Rather than restraining the growers’ use of their own property, the regulation appropriates for the enjoyment of third parties (here union organizers) the owners’ right to exclude. The right to exclude is ‘a fundamental element of the property right.’ ”

The court explained that legitimate government regulations may place some limits on the use of private property, but this regulation gave other private parties a permanent easement. The court dismissed the union’s argument that treating this as a taking would undermine state and federal regulations. It distinguished between allowing, say, a limited government building inspection and giving unions the permanent access to a property.

Much of the ensuing commentary depicted this simple and sensible decision as an egregious right-wing assault on unions. A writer for left-leaning Slate saw the decision as “the product of the conservative legal movement’s relentless demands for deregulation by judicial fiat — for a return to the era when federal courts struck down health, safety and economic policies on the basis of their own political preferences.” Prior to the decision, a Vox writer argued that “Cedar Point is one of the most radical property rights cases to reach the justices in a long time. And its plaintiffs ask for a significant reshaping of the American social contract.”

It’s hard to take these complaints seriously. The justices did not undermine the right of government health and safety inspectors to enter private property — they simply limited the ability of a regulatory agency to give third parties broad access to others’ property. If upholding the Constitution’s Takings Clause amounts to a reshaping of the social contract, then please bring on more reshapings.

I also dispute the depiction of the decision as an assault on farm workers’ rights. As news reports have noted, the regulation was drafted at a time when farm workers typically lived on the growers’ properties, and unions had few ways to communicate with the workers. That’s not the case anymore. Unions can easily contact workers.

Another relatively recent California case involving the United Farm Workers (UFW) shows that unions — and the ALRB — are not always defenders of farm workers’ rights. In 2018, the Supreme Court declined to review a case brought by Gerawan Farming challenging a state law that lets mediators impose an unwanted labor contract on farm workers and their employers. Although the high court didn’t intervene, state courts put the kibosh on the ALRB’s ham-fisted attempt at mediation.

In 1990, the UFW organized workers at the Fresno-area grower and then seemed to have disappeared from the scene. Twenty-two years later, the union showed up at the farm and claimed that it was the workers’ rightful representative. In 2013, the farm’s workers, who were treated well and paid relatively high wages, held a decertification vote. They didn’t like the idea of paying dues to a group that they say had largely ignored them for two decades.

After the vote, the ALRB simply refused to count the decertification ballots. Ironically, the ALRB was formed by the Legislature and Gov. Jerry Brown in 1975 to let farm workers “select their own representatives for the purpose of bargaining.” Apparently, workers only get to select their own representatives if their government overseers approve of their particular decision.

I attended one of the ALRB hearings on the matter in Sacramento and was astounded by board member’s dismissive attitude toward workers who demanded that the board tally its votes. After a five-year battle, the California Supreme Court forced the board to count the ballots — and sure enough, the workers voted to boot the UFW by a five-to-one margin. Clearly, the ALRB sided with the union — even one that workers had rejected.

So let’s dispense with the nonsense that supporting the union amounts to supporting workers — as well as the other overheated predictions that have accompanied the Cedar Point Nursery ruling. Unions can still organize farm workers. Government regulators can still inspect properties for health and safety violations. But unions can no longer show up with bullhorns and disturb private operations. That sounds like a good day for the Constitution.

Steven Greenhut is Western region director for the R Street Institute. Write to him at sgreenhut@rstreet.org. He is the author of Winning the Water Wars: California can meet its water needs by promoting abundance rather than managing scarcity.